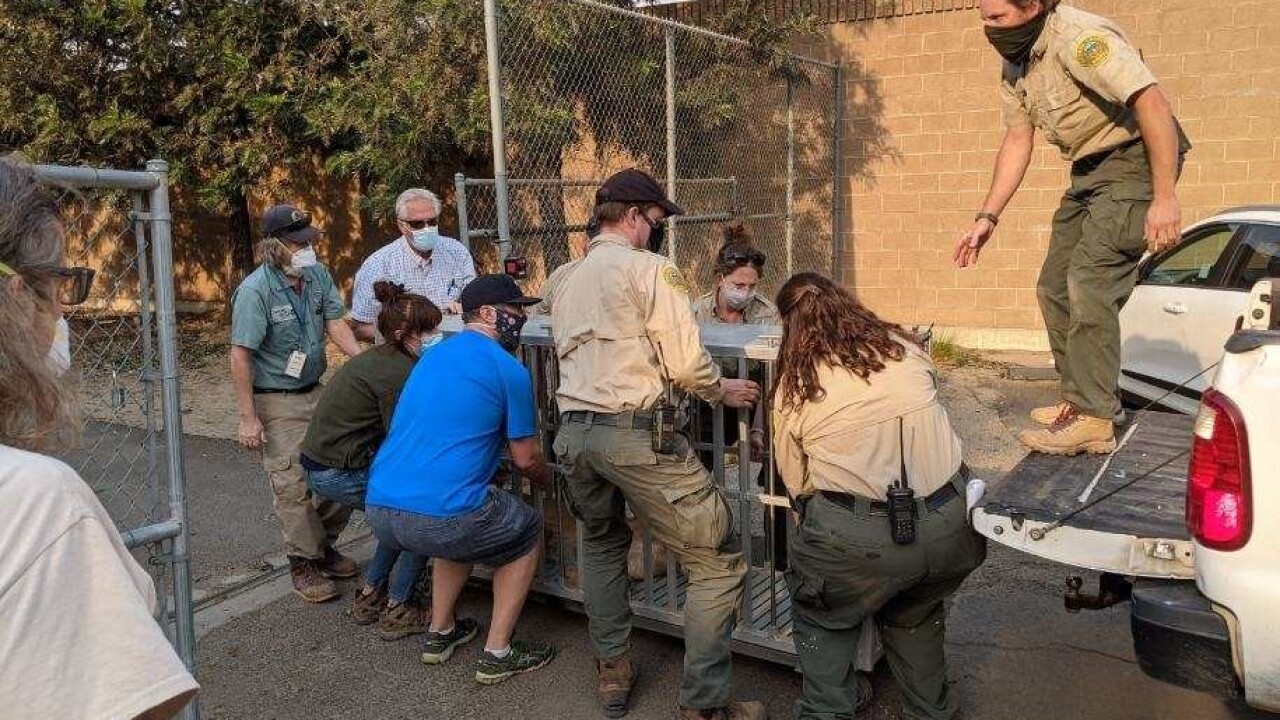 The Orange County Zoo is evacuating animals and staff because of a fast-moving wildfire in Southern California.

About 150 animals are temporarily relocating to the Santa Ana Zoo.

The animals include bears, goats, mountain lions, bobcats, coyotes, and various birds of prey. The Orange County Zoo is part of an area under mandatory evacuation orders from the Silverado Fire.

The Santa Ana Zoo is providing shelter for about 150 animals from Orange County Zoo in Irvine Regional Park that were evacuated on Oct. 26 because of the Silverado and Blue Ridge wildfires. #CityofSantaAna @SantaAnaZoo @SantaAnaParks #silveradocanyonfire #BlueRidgeFire pic.twitter.com/qb0ZDQ83ck

The Blue Ridge fire is also burning nearby. The two fires have burned a combined 30,000 acres.

The zoo has evacuated before, in 2017 because of a wildfire, and has extra kennels and supplies on hand ready to go.

Zoo staff is also relocating, to help care for the animals in their temporary homes. They will not be on display at the Santa Ana Zoo.