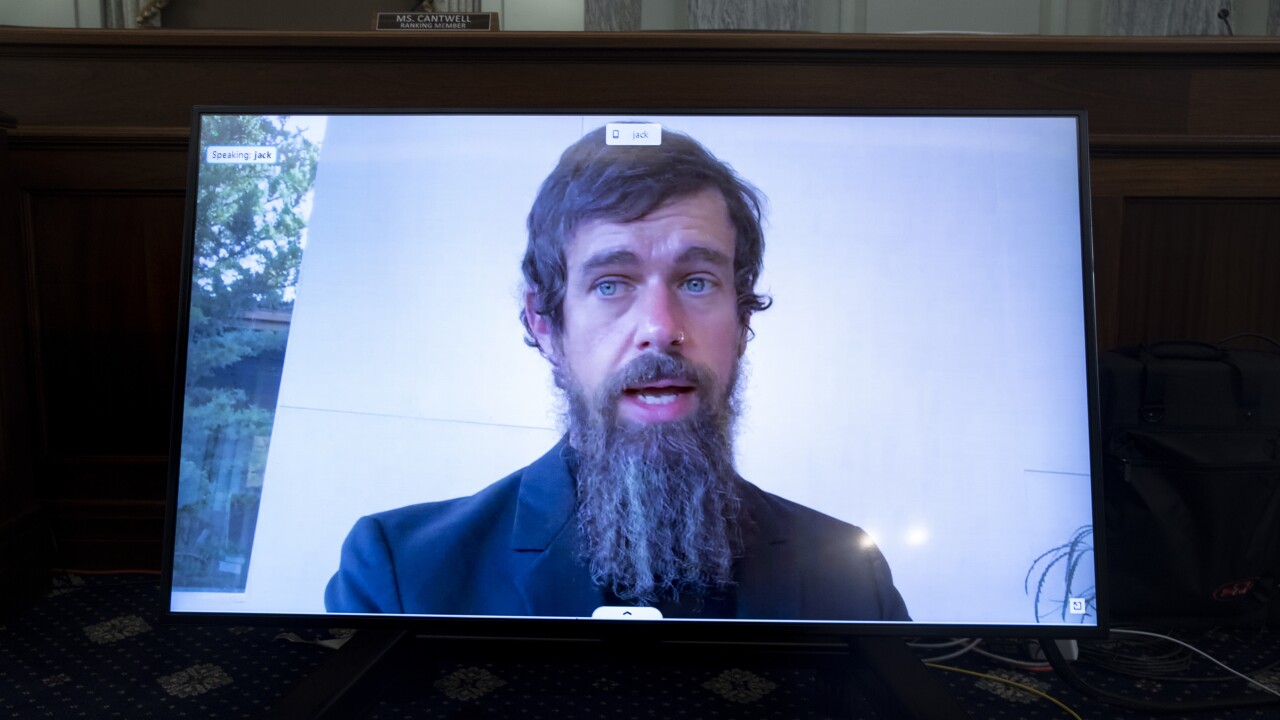 Michael Reynolds/AP
Twitter CEO Jack Dorsey appears on a screen as he speaks remotely during a hearing before the Senate Commerce Committee on Capitol Hill, Wednesday, Oct. 28, 2020, in Washington. The committee summoned the CEOs of Twitter, Facebook and Google to testify during the hearing. (Michael Reynolds/Pool via AP)

WASHINGTON (AP) — The CEOs of Twitter, Facebook and Google have received a hectoring from Republicans at a Senate hearing for alleged anti-conservative bias in the companies’ social media platforms.

And the CEOs are being put on notice about potential restrictions that may be coming.

Some lawmakers are looking to challenge the companies' long-enjoyed bedrock legal protections for online speech. The protections stem from Section 230 of a 1996 communications law.

Sen. Richard Blumenthal, D-Conn., asked the CEOs if they have a plan “if the president uses your platforms to say, on the day of the election, that there is rigging or fraud, without any basis in evidence, or attempts to say the election is over.”

President Donald Trump has refused to publicly commit to accepting the results if he loses the presidential contest. He also has raised the baseless prospect of mass fraud in the vote-by-mail process.

Testifying via video, the executives said their companies are taking a number of measures, including partnerships with news organizations to get out accurate information. Dorsey said Twitter was working closely with state election officials. “We want to give people using the service as much information as possible,” he said.

Republicans, led by Trump, have accused the social media platforms, without evidence, of deliberately suppressing conservative, religious and anti-abortion views.

Zuckerberg acknowledged that Congress “should update the law to make sure it’s working as intended.” Dorsey and Pichai urged caution in making any changes.

The executives rejected accusations of bias. “We approach our work without political bias, full stop,” Pichai said. “To do otherwise would be contrary to both our business interests and our mission.”

The companies have wrestled with how strongly they should intervene with speech. They have often gone out of their way not to appear biased against conservative views — a posture that some say effectively tilts them toward those viewpoints. The effort has been especially strained for Facebook, which was caught off guard in 2016, when it was used as a conduit by Russian agents to spread misinformation benefiting Trump’s presidential campaign.