Public testimony to begin in Trump impeachment inquiry. Here is who will testify 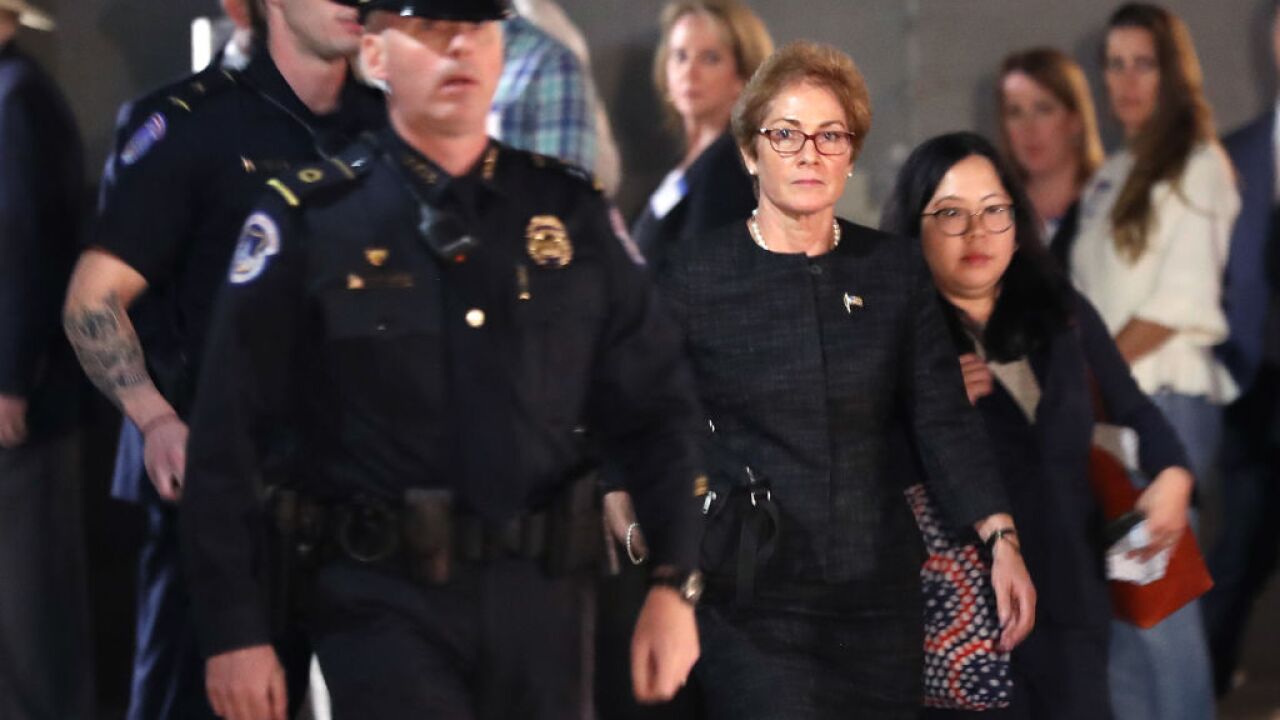 For the first time on Wednesday, the public will be able to watch testimony live and unfiltered in the impeachment inquiry into President Donald Trump.

Two government officials and a former U.S. ambassador to Ukraine will testify publicly this week. Their testimony comes after a number of current and former diplomats, advisers and White House officials testified behind closed doors to a trio of House committees. The committees are looking into Trump's contact with Ukraine's new President Volodymyr Zelensky and whether Trump had pressured Zelensky into opening an investigation into presidential candidate Joe Biden.

Here is who is slated to provide testimony this week before the House:

Taylor and Kent are slated to appear jointly as the first two witnesses to publicly testify for the House's impeachment inquiry.

RELATED: HOW THE IMPEACHMENT PROCESS WORKS

Taylor is America's top diplomat in Ukraine, serving as the Chargé d’Affaires. He previously served as the U.S. ambassador to Ukraine under George W. Bush from 2006 to 2009. He stepped away from public service in 2009, but returned earlier this year.

Taylor's private testimony perhaps was the most damming that has been released thus far. He testified that he had a "clear understanding" that there was a quid pro quo between the United States' defense aid to Ukraine in exchange for Zelensky announcing an investigation into the Bidens.

On Friday, Yovanovitch is set to testify. She served as the United States' ambassador to Ukraine from August 2016 through May of this year. Yovanovitch was removed as ambassador, and Trump had harsh words for Yovanovitch in a phone call in September to Zelensky. She joined the U.S. Foreign Service in 1986.

Yovanovitch's testimony could provide details into her ouster as ambassador.