This week, the House begins public hearings related to impeachment. 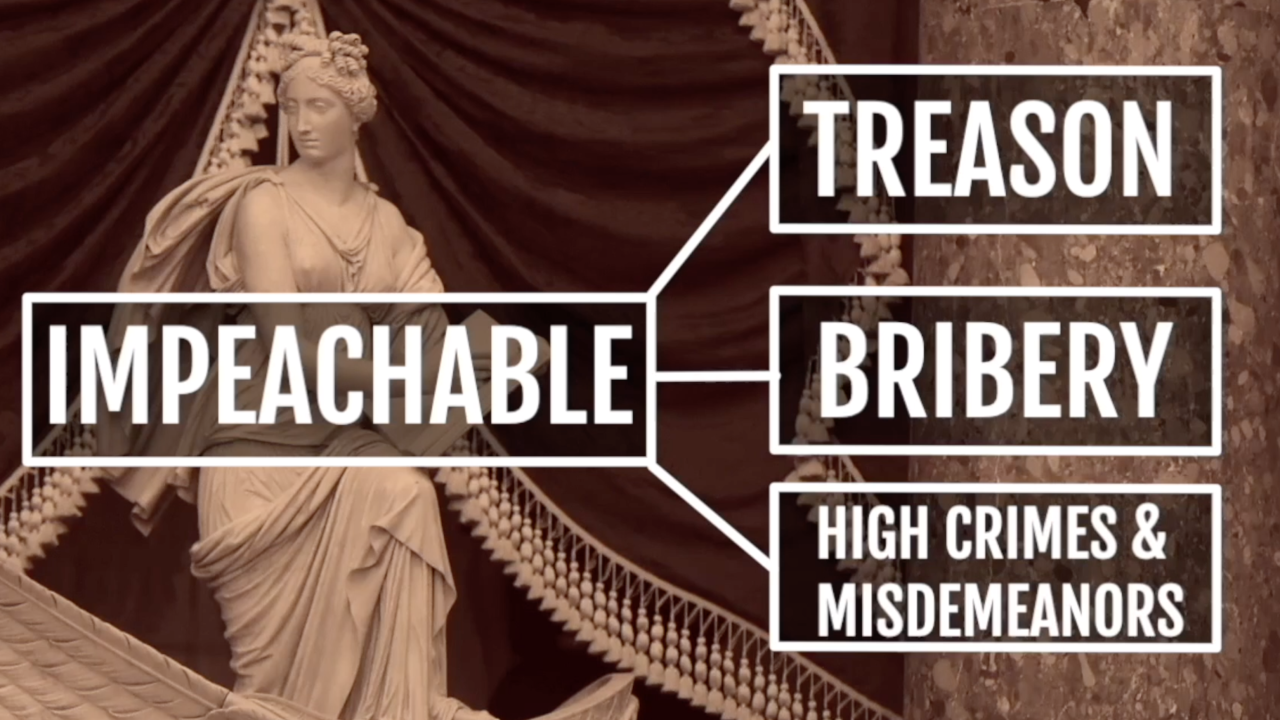 WASHINGTON – When the House of Representatives begins its public impeachment hearings, it will be a rare event – only the fourth time involving a president.

She says while it is a high-profile event, she cautions to not call it “political theater.”

“Impeachment was the last gasp, right? If someone did something completely antithetical to the nature of the Republic, if they were essentially unfit to serve in office, the founders wanted to have a backstop remedy, other than an election,” Nourse said.

Here’s how the process will unfold:

1. Several House committees will hold public hearings. It’s up to the judiciary committee to decide if the full House will vote on impeachment.

2. Democrats hold the majority in the House– there are 235 of them. At least 218 representatives need to vote for impeachment for it to move on to the Senate.

3. The Senate holds the impeachment trial and acts as a jury.

4. Republicans have the majority in that chamber— 53 seats. An impeachment conviction requires a two-thirds majority vote.

There are three offenses that are considered impeachable:

The Constitution does not define what high crimes and misdemeanors are, so it’s open to interpretation.

“What it has to be is something that is very serious to the conduct of the nation's democracy,” Nourse said.

That’s what is dividing Congressional Democrats and Republicans now: does President Trump’s actions involving Ukraine rise to the level of high crimes and misdemeanors?