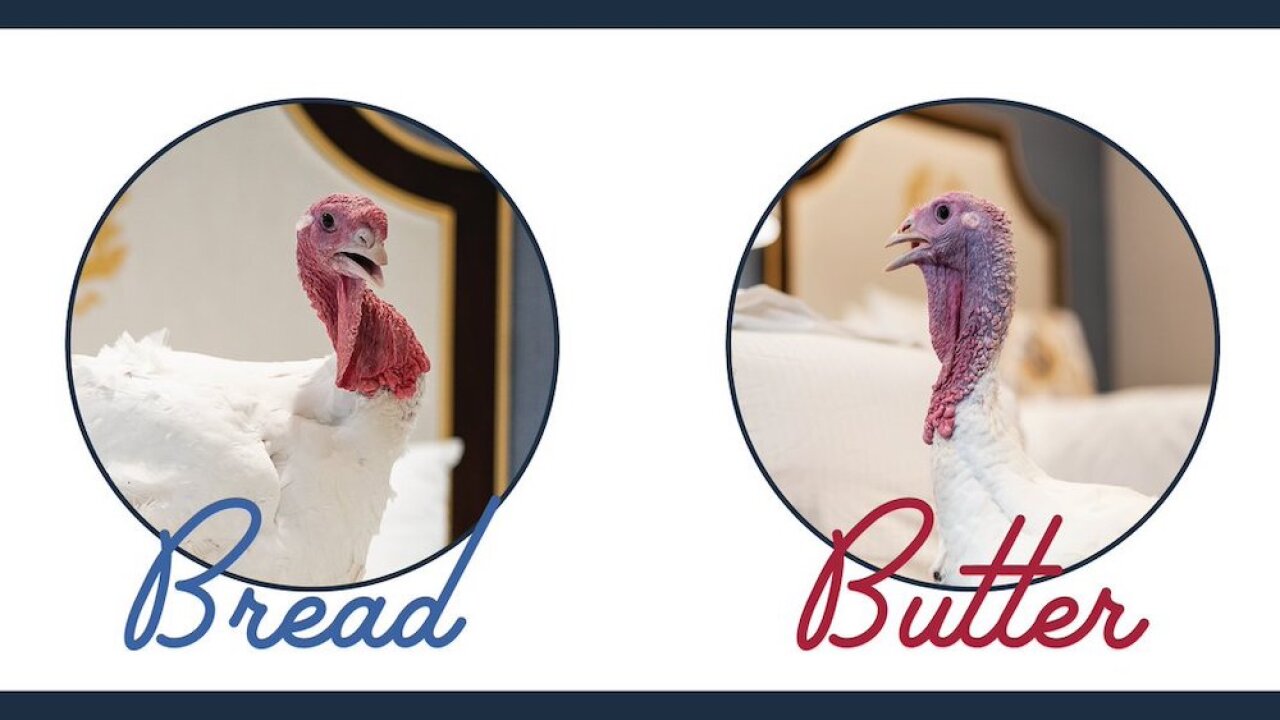 President Donald Trump is expected to issue a pardon to two turkeys on Tuesday in a presidential tradition that traces its roots back to the Lincoln administration.

As the Trump administration has done in the past, the president put the pardon to a vote. This year, the candidates for a pardon are "Bread" and "Butter." Voting for the turkeys closed at 11:00 a.m. ET.

Trump did not say which turkey won the vote, though a White House Twitter poll indicated that Bread won 56 percent of the nearly 51,000 votes cast.

During the ceremony, Trump joked that both turkeys were bred specially to "remain calm under any circumstance."

Trump also joked that "Democrats are accusing me of being too soft on turkey."

Both Bread and Butter will be sent to live at a farm at Virginia Tech following their visit to the White House.

Last year, Trump announced that "Peas" had defeated "Carrots" in a vote for a pardon — though he joked that Carrots did not concede and demanded a recount. Both turkeys ultimately received pardons.

Watch the pardon ceremony in the player below.

Legend has it that the first president to issue a pardon to a turkey was Abraham Lincoln, who did so at the request of his son. The first recorded pardon of a White House turkey was issued by President John F. Kennedy in 1963.

"Butter" likes to snack on sweet potato fries and is currently training for a personal best in the turkey trot.