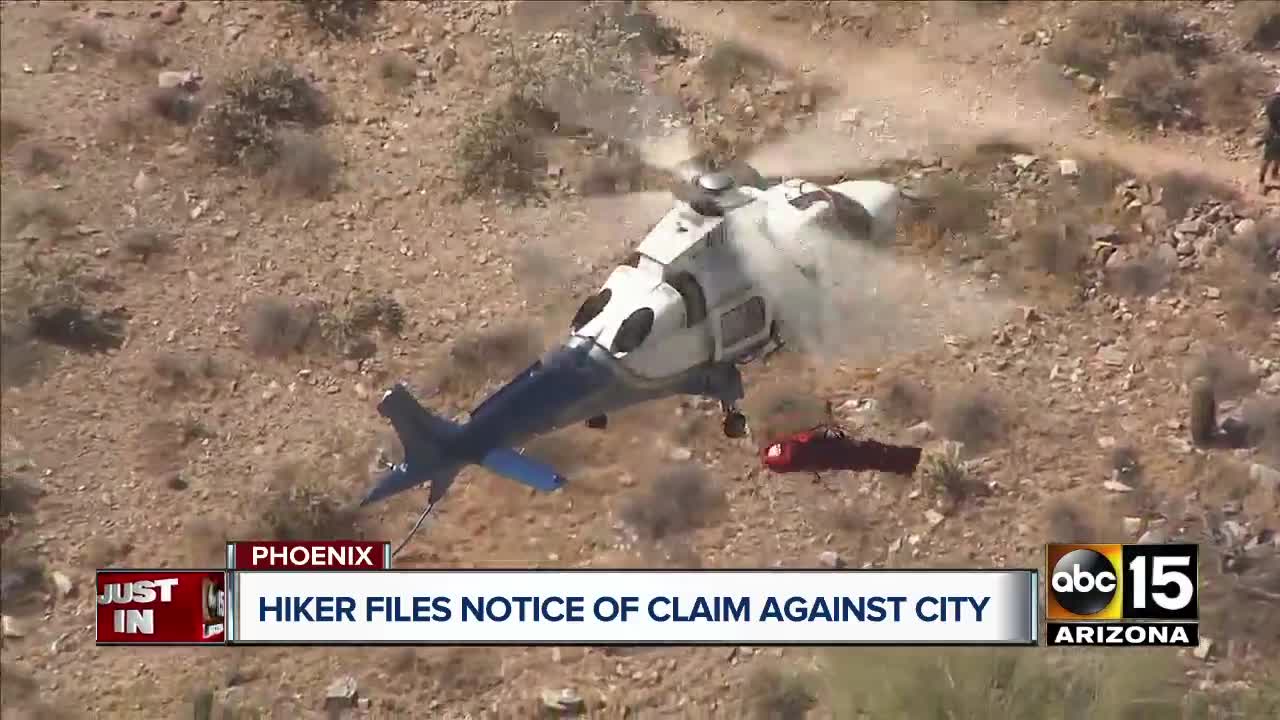 A hiker has filed a notice of claim against Phoenix over a mountain rescue response that went viral online.

PHOENIX — A 74-year-old woman has filed a notice of claim against the City of Phoenix after she was spun uncontrollably while being lifted into a helicopter during a mountain rescue earlier this year.

Video of the rescue on Piestewa Peak, captured by news helicopters, was widely shared on social media after the incident occurred on June 4.

The basket and woman first swayed before starting to rotate. The rate of rotation accelerated as the crew on the helicopter brought the basket closer to the rotors.

"Sometimes, when we bring the helicopter up from the ground, [the basket] will start to spin," Paul Apolinar, chief pilot of the police department's aviation unit, said at the time. "We have a line attached to the basket that's supposed to prevent that. Today it didn't."

The attorney for the woman confirmed that a claim had been filed, but said he was not authorized to discuss its details. A message seeking a copy of the claim from the City of Phoenix was not returned Tuesday.

This story was originally published by KNXV in Phoenix.