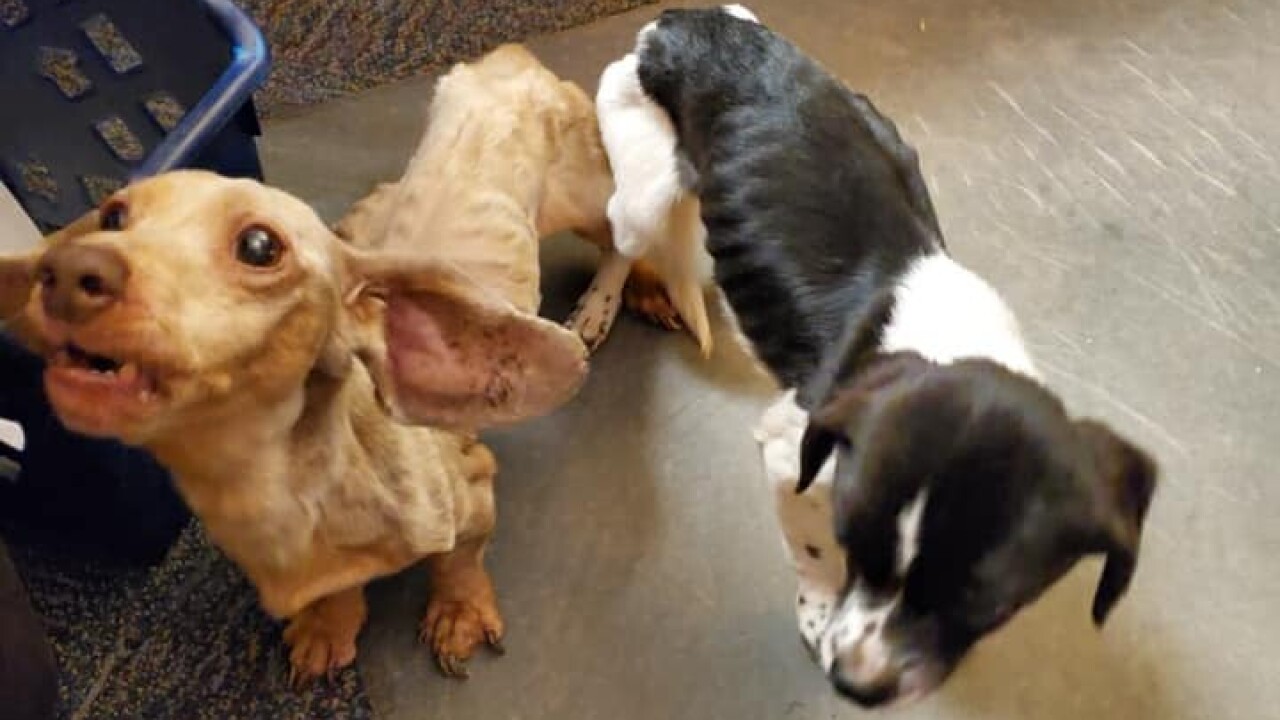 DELAVAN, Wisc. — A dog owner will be charged with animal abuse after their "very malnourished" dogs were found in Delavan.

The two male dogs were found in a Walmart parking lot. Both were very malnourished and will be receiving proper care at Lakeland Animal Shelter.

After sharing a Facebook post about the dogs Thursday, police later shared an update that the owner of the dogs had been located and will be charged.

Any inquiries about the dogs should be directed to Lakeland Animal Shelter, police say.

This story was originally published by Julia Marshall on WTMJ in Milwaukee.