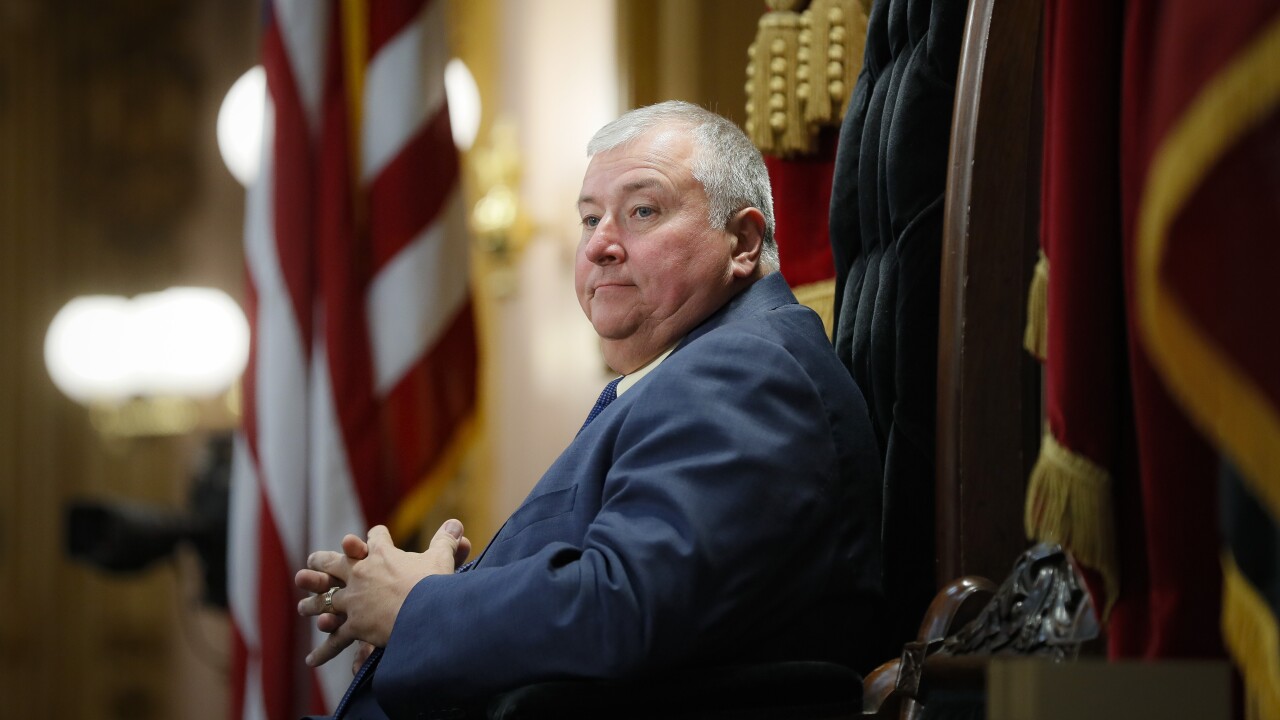 Copyright 2019 The Associated Press. All rights reserved.
John Minchillo/AP
This Wednesday, Oct. 30, 2019 file photo shows Ohio State Representative Larry Householder (R), of District 72, stands at the head of a legislative session as Speaker of the House, in Columbus. FBI agents were at the farm of Householder on Tuesday morning, hours ahead of a planned announcement of a $60 million bribe investigation by federal prosecutors. (AP Photo/John Minchillo, File) 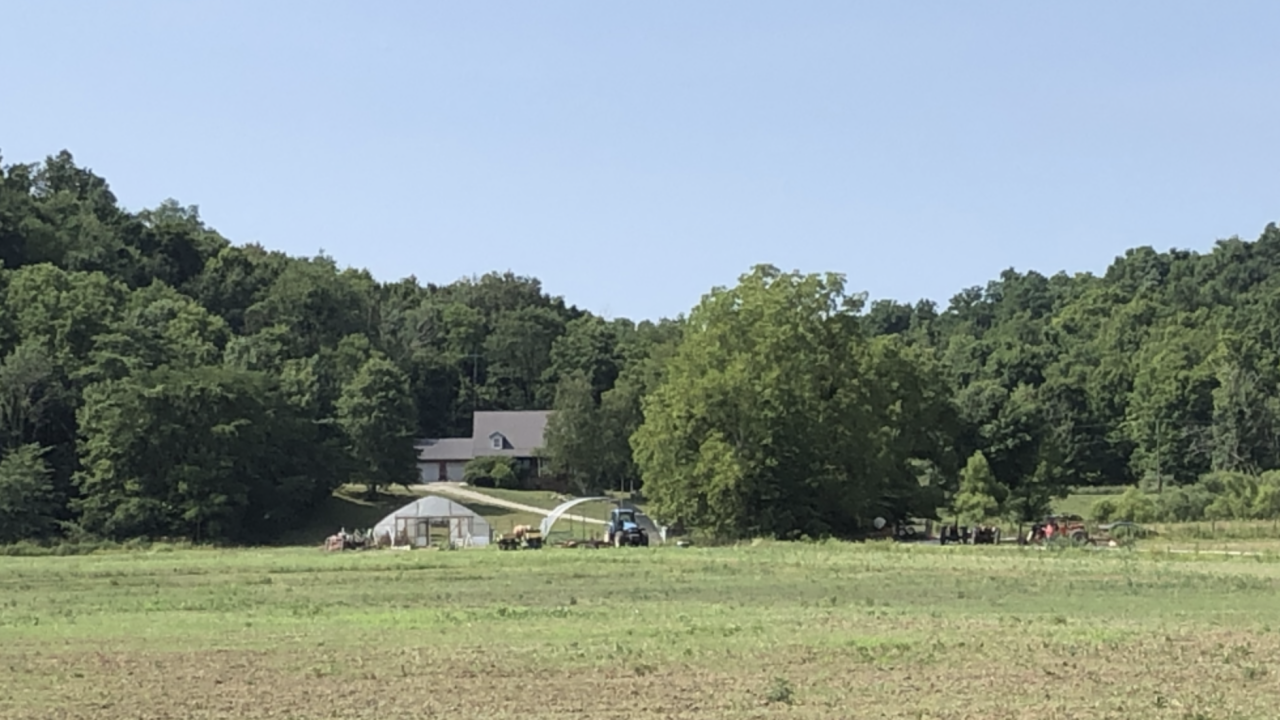 COLUMBUS, Ohio — Ohio House Speaker Larry Householder and four of his associates have been arrested on charges in relation to “what is likely the largest bribery, money laundering scheme ever perpetrated against the people of the state of Ohio," one that allegedly involved at least $61 million passed through a 501c4 organization controlled by Householder and other entities for the purpose of passing HB6 in 2019, a law that provided a $1.5 billion taxpayer bailout to FirstEnergy.

U.S. Attorney for the Southern District of Ohio David DeVillers spoke with reporters about the 81-page indictment of Householder and his associates on Tuesday afternoon.

-DeVillers alleges that in exchange for $61 million in dark money funneled through a 501c4 named Generation Now, Householder and his co-conspirators furthered the affairs of the enterprise.

-Devillers said the scheme was bribery, “pure and simple,” a “quid pro quo” and “pay for play,” citing the enterprise’s own words.

-Company A, which was not identified during the news conference due to the regulations and rules at the U.S. Attorney’s office, provided $60 million in exchange for a $1.5 billion bailout.

-Householder created Generation Now, a non-profit entity that, unlike PACs and SuperPACs, does not have to disclose its donors.

-501c4 organizations are supposed to be operated to promote social welfare. They cannot benefit a shareholder or individual, or engage in direct political activity, which it did in this case, Devillers said. “Not a dime went to any social program,” he said.

-Householder’s co-defendants are political advisers and lobbyists who worked in different capacities in the enterprise, DeVillers said.

-The enterprise began with millions of dollars filtered through Generation Now and other entities to support candidates who would vote to elect Householder as Speaker and attack political rivals who would not. “It was very successful,” DeVillers said.

-Of all the individuals who were funded through Generation Now and the other filter entities, all voted to elect Householder as speaker.

-Once he was elected speaker, and had his so-called “power base” of representatives, millions more were funneled from Company A to Generation Now and other entities to get HB6 passed, a bill that subsidizes First Energy’s nuclear and coal power plants with $1.5 billion of Ohio taxpayer dollars.

-Commercials, mailers, flyers, which ultimately came from Company A, were used to support HB6’s passage.

-After the bill passed but before it was signed into law, a ballot initiative was started to attempt to reverse the bill.

-At that point, tens of millions more went from Company A to Generation Now and its filters to defeat the ballot initiative, which was ultimately successful, DeVillers said.

-Throughout this process, Householder and his associates were “able to line their pockets” with the dark money passed through Generation Now.

-DeVillers alleges millions went to the personal benefit of Householder and his associates, including $300,000 to pay off a lawsuit against Householder, and another $100,000 toward a house in Florida.

-The case came from an unnamed whistleblower, officials said.

-The FBI confirmed that agents were carrying out "law enforcement activity" at Householder's farm property in Glenford in southestern Ohio Tuesday morning, along with the Perry County Sheriff's Office.

After the U.S. Attorney's news conference, Gov. DeWine issued this statement calling for the speaker to resign:

"I am deeply concerned about the allegations of wrongdoing in the issued today by the U.S. Attorney’s Office. Every American has the presumption of innocence until proven guilty. Because of the nature of these charges, it will be impossible for Speaker Householder to effectively lead the Ohio House of Representatives; therefore, I am calling on Speaker Householder to resign immediately.

"As a former House Speaker, it makes me incredibly sad. With the announcement of today’s criminal complaints, the Speaker can no longer effectively perform his duties and should resign. Ohio is in the midst of a pandemic response and economic downturn, and the institution of the House of Representatives must remain operational, and the integrity of the office and the institution must be restored.”

This article was written by Ian Cross for WEWS.