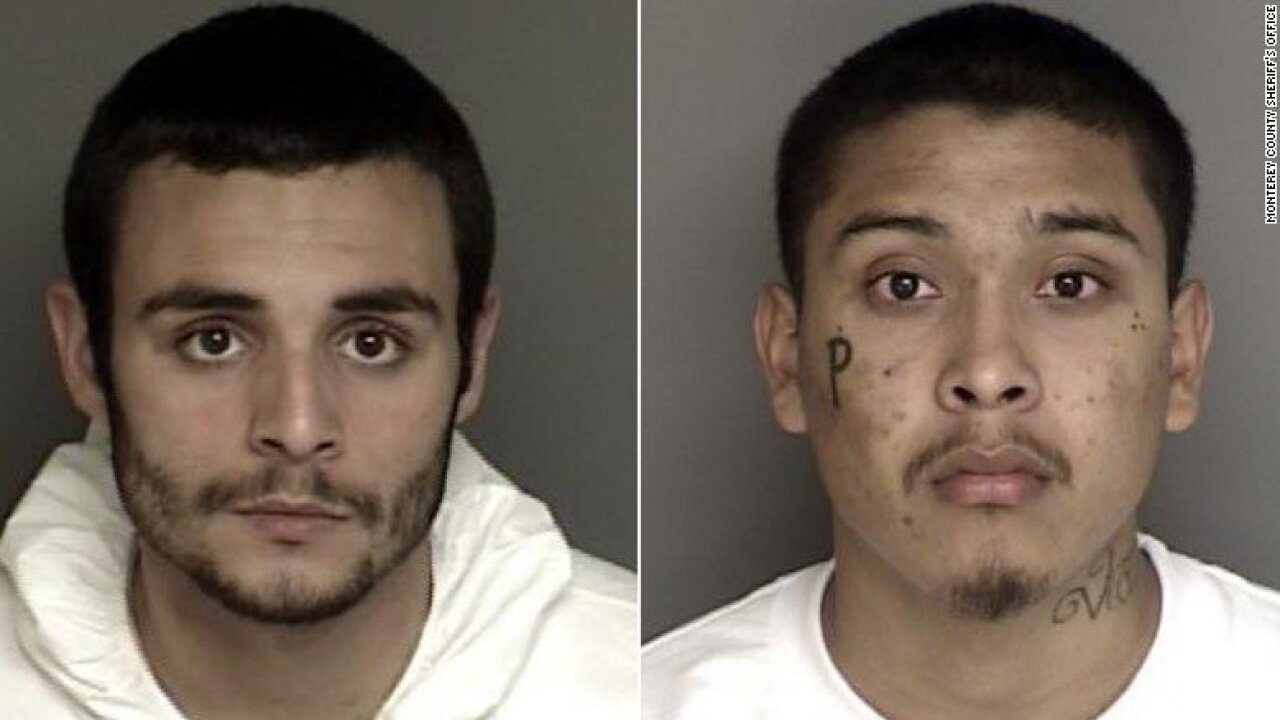 Santos Samuel Fonseca, 21, and Jonathan Salazar, 20, were being held in the Monterey County Adult Detention Facility awaiting trial on unrelated murder charges, the sheriff's office in a message on Facebook. The two face other felonies, authorities said.

The sheriff's office didn't say how the men escaped, but they said the means of escape is under investigation.

The pair had been in custody since 2018. Deputies say they should be considered dangerous.

Monterey County is south of San Jose, on the Pacific coast.

The sheriff's office is asking the public to contact them at (831) 755-3722, 24 hours a day with any information on the two suspects. Tips may be submitted to department's confidential tip line by calling (888) 833-4847. Callers can remain anonymous.

Law enforcement is also offering a $5,000 reward for information that leads to the capture of the inmates.