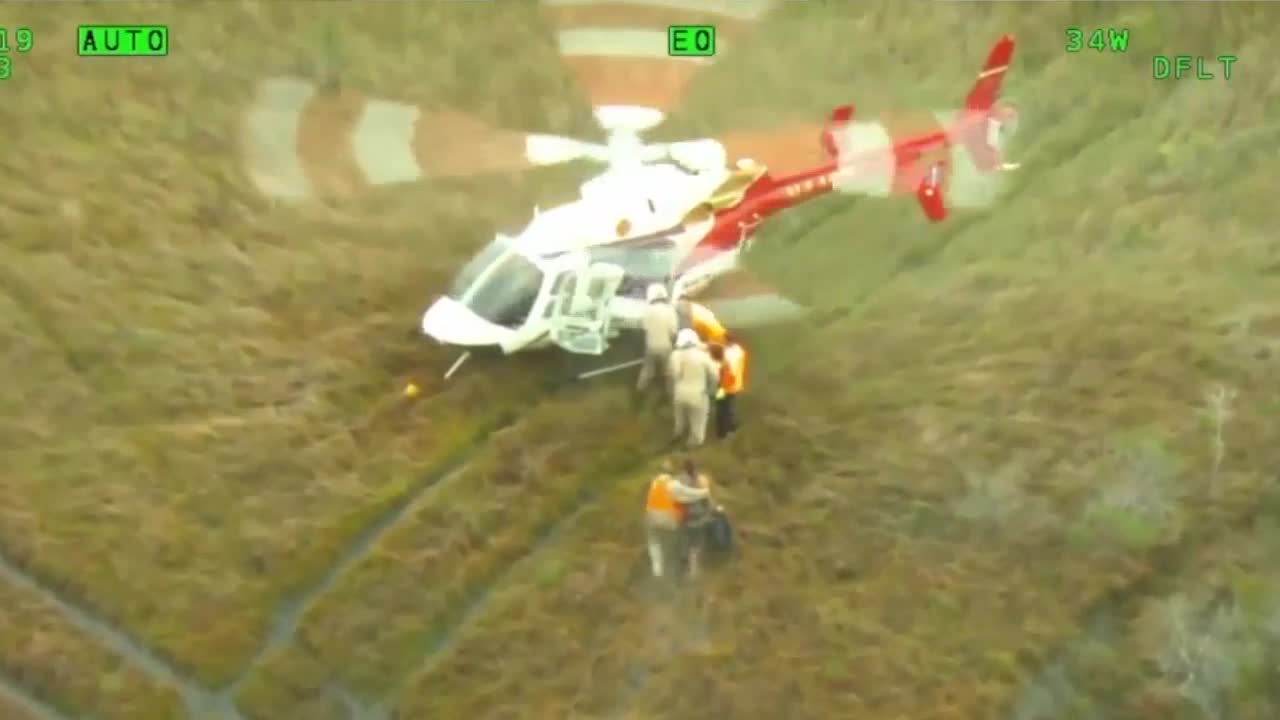 A man is recovering in the hospital after he was bitten by an alligator on Saturday in the DuPuis Management Area/SW Corbett Wildlife Area, which sits along the Martin-Palm Beach County Line. 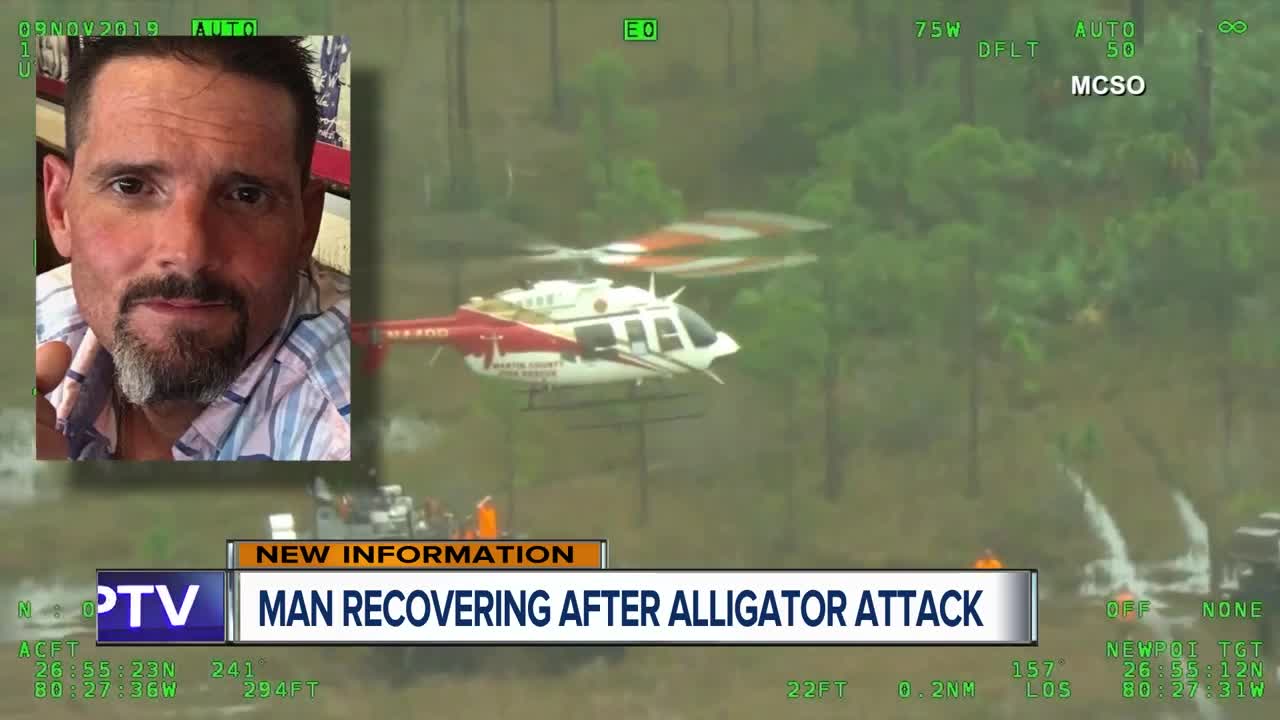 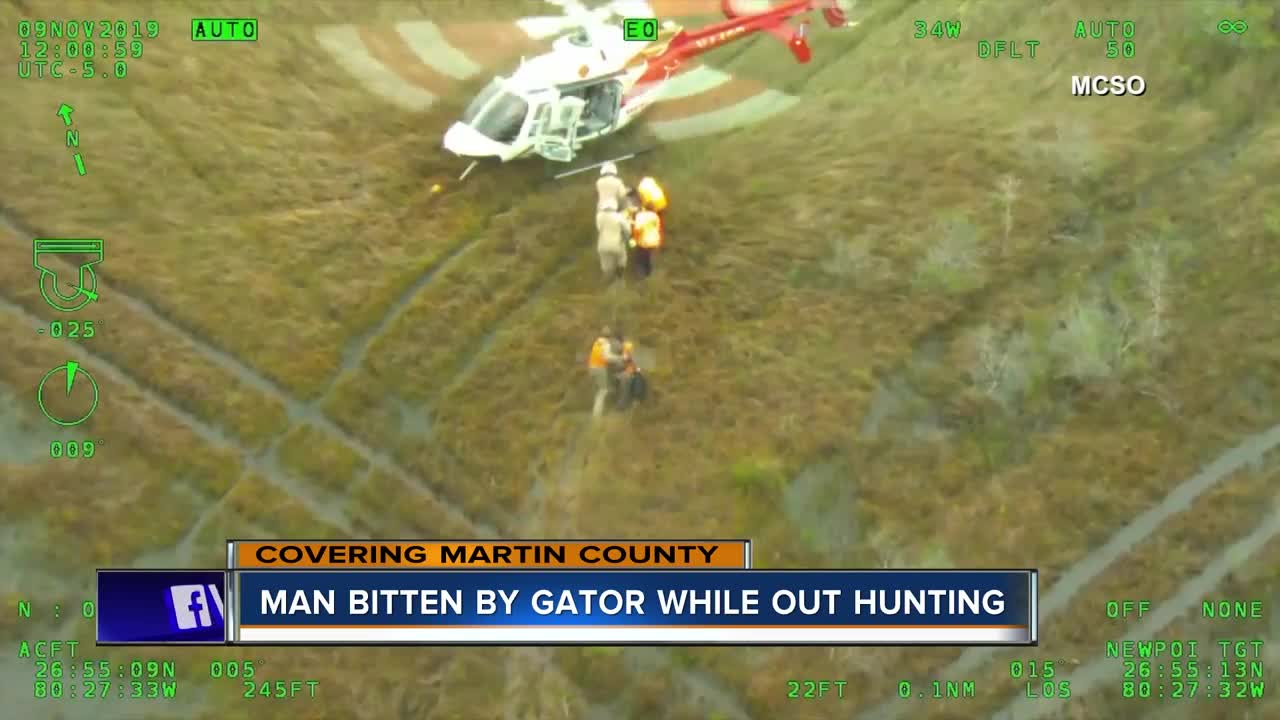 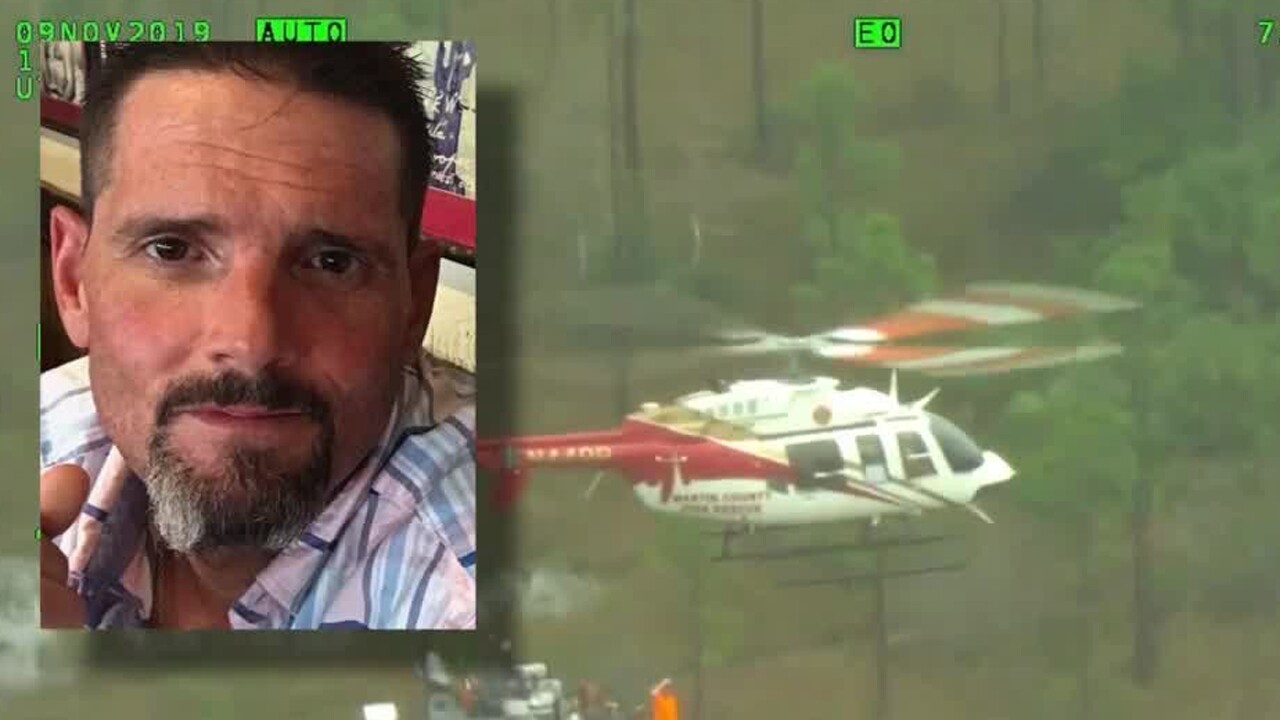 MARTIN COUNTY, Fla. -- A man is recovering in the hospital after he was bitten by an alligator on Saturday in Florida.

James G. Boyce, 46, was bitten while participating in a hog hunt at the DuPuis Management Area/SW Corbett Wildlife Area, which sits along the Martin-Palm Beach County Line.

"The wife did an amazing job," said Brad Bost, a pilot for MCSO's Aviation Unit. "She initially saved his life with the tourniquets she applied."

Bost said crews used a rescue helicopter and swamp buggy to locate Boyce, adding that time was of the essence.

"Due to the conditions, how bad the weather was, how bad visibility was, and trying to find them in a 22,000-acre state park, it's a needle in a haystack," said Bost.

A witness said the alligator was approximately 10 feet long.

The Martin County Sheriff's Office said Florida Fish and Game will be investigating the incident.

According to a GoFundMe page, Boyce has a long recovery ahead. He will spend a few days in the hospital to make sure he doesn’t get an infection.

The page also says he owns and operates two small businesses, but does not have company medical insurance.

This story was originally published by Ryan Hughes and staff at WPTV.