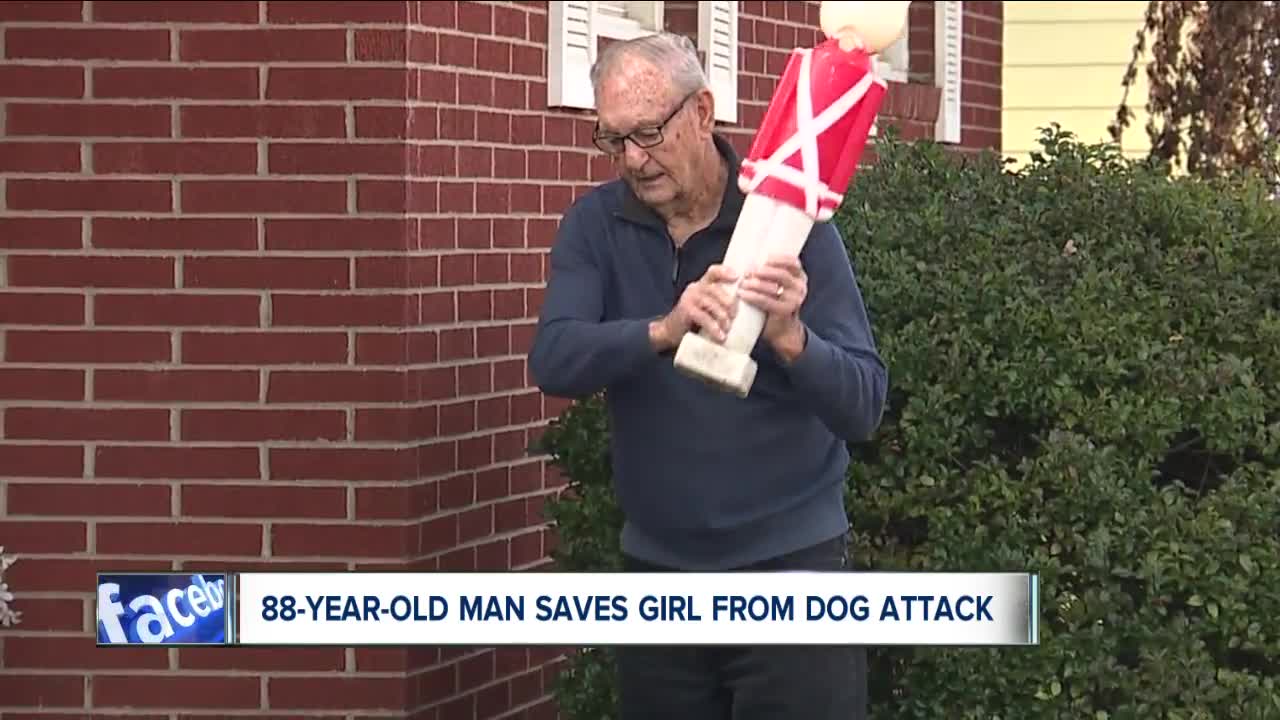 An 88-year-old Perry Township man is considered a hero in his neighborhood after he used a Christmas decoration to beat an attacking pitbull off a 10-year-old girl. 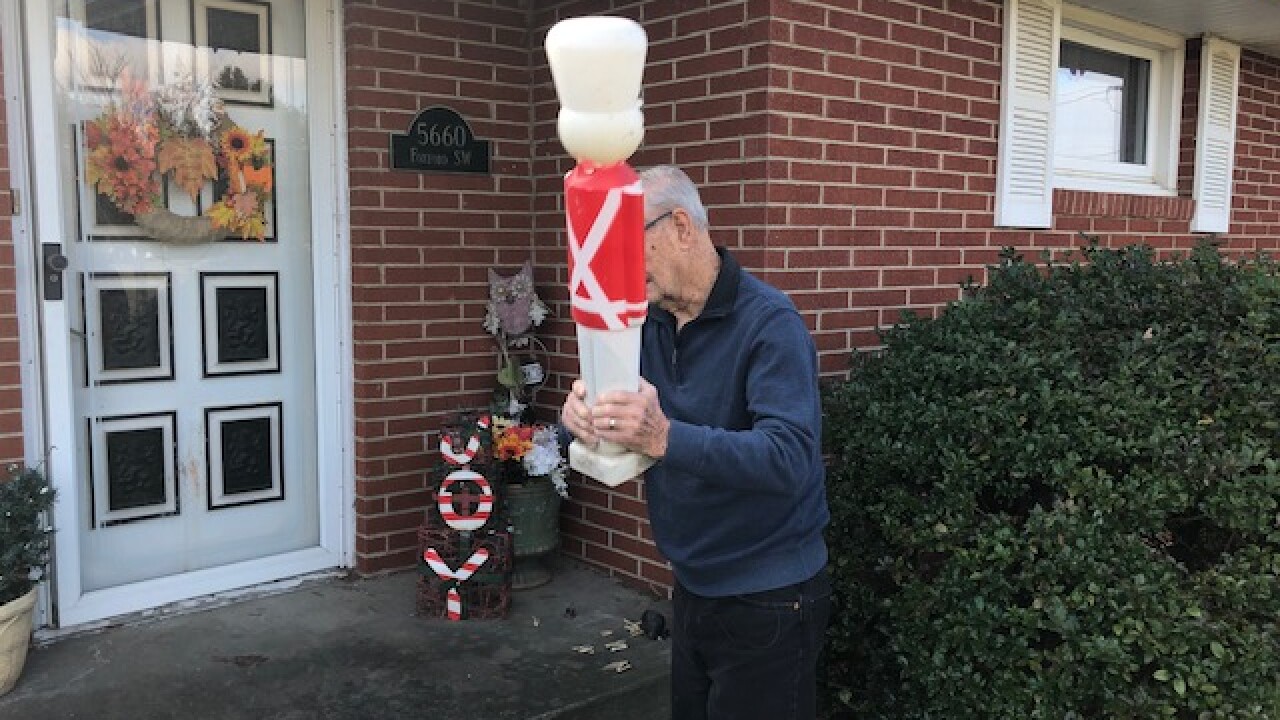 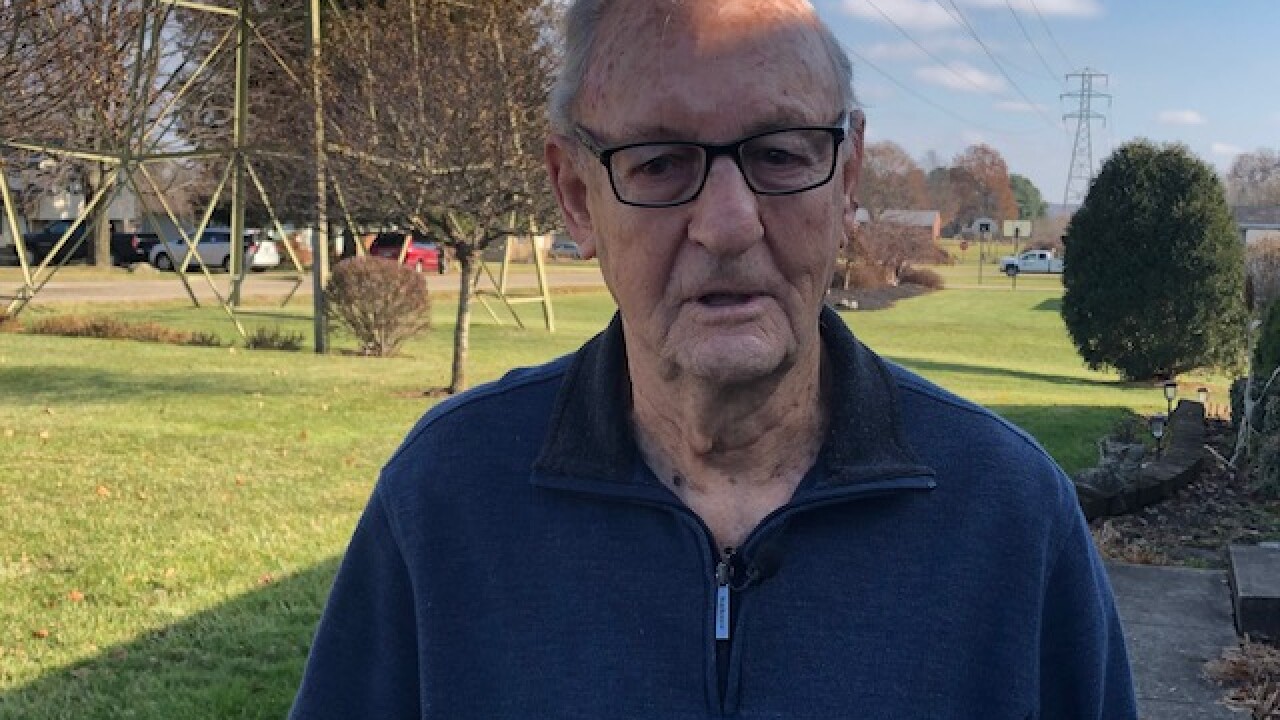 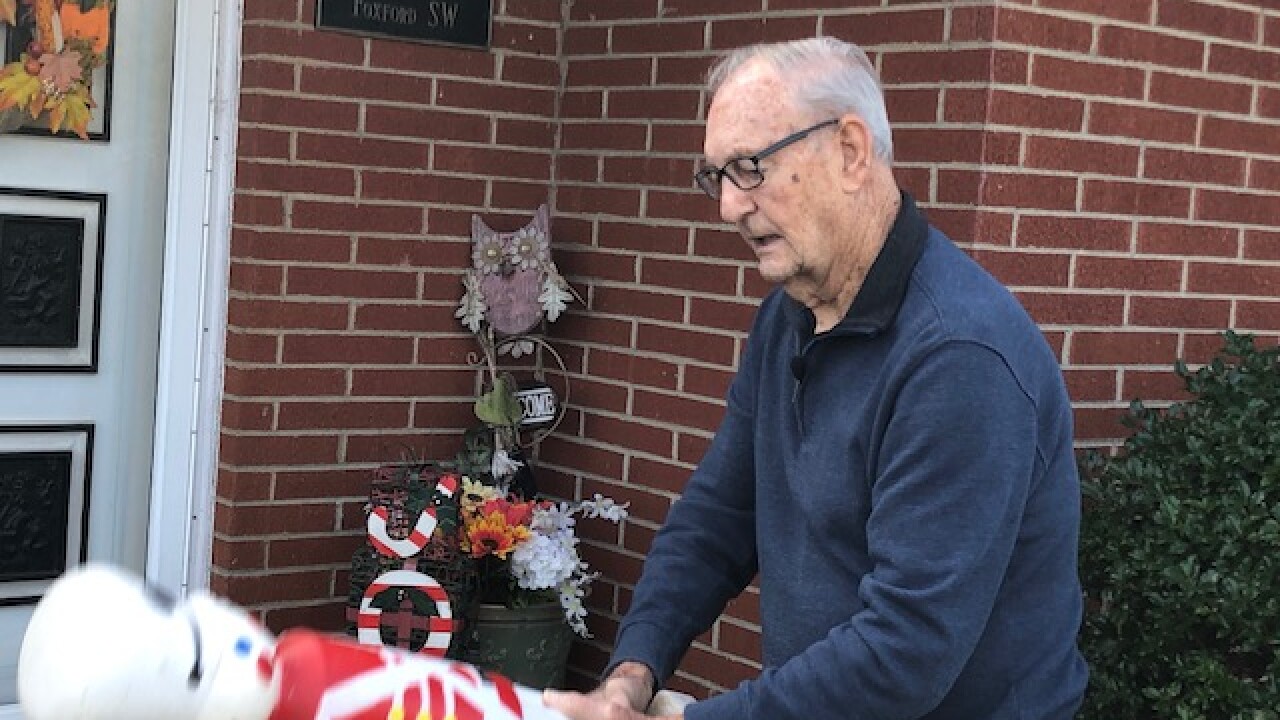 CANTON, Ohio -- An 88-year-old man in Ohio is considered a hero in his neighborhood after he used a Christmas decoration to beat an attacking pitbull off a 10-year-old girl.

Leonard Miller was in his kitchen Sunday afternoon when a 13-year-old neighbor started banging on the front door of his home on Foxford Street SW in Perry Township.

"And she says, 'The dog has got a hold of my sister and won't let go, my little sister,'" Miller recalled.

Miller followed the teen as fast as he could to her home, but before he went inside, he grabbed a plastic red and white nutcracker decoration from the neighbor's yard.

"That's the only I could think of to grab when I went in," he said.

Once inside, Miller witnessed a horrific scene. The family's white pitbull was viciously attacking a 10-year-old girl and would not release its grip from one of her arms.

Miller, who was an Army combat medic during the Korean War, acted on instinct and realized there were no adults home.

The nutcracker instantly became a weapon and Miller used it repeatedly to hit the dog.

"I just kept whacking it on the back of the head and it wouldn't let loose," Miller said.

The senior citizen then started hitting the dog over its back until it let go of the girl. The girls raced out of the house. Miller, fearing the pitbull would bite him next, yelled at the dog forcefully.

Miller then returned to his home where he called 911 and comforted the badly-injured girl by wrapping a wet rag around her arm until paramedics arrived.

"The paramedics and everyone that was there, they said, 'You saved that little girl's life,'" Miller said.

Miller said the family later thanked him for his quick actions and told him the girl suffered serious arm injuries and required surgery on Monday.

He doesn't consider himself a hero, just a good neighbor doing what was necessary to save a child.

"I couldn't sleep last night," Miller said. "I'm just glad I was there to help her."

The Stark County Dog Warden deemed the pitbull to be a "a vicious dog," giving the owner 10 days to appeal. However, on Monday afternoon, the owner gave up the dog voluntarily and it was euthanized.

This story was originally published by Bob Jones at WEWS.