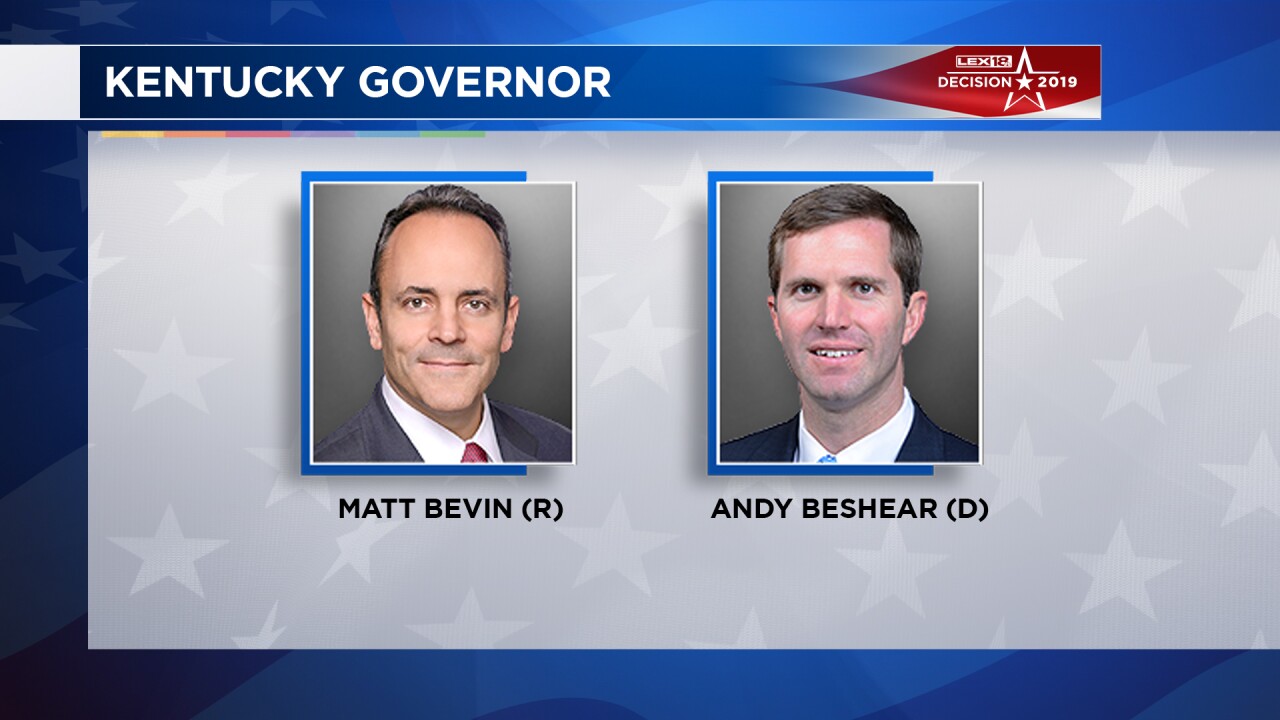 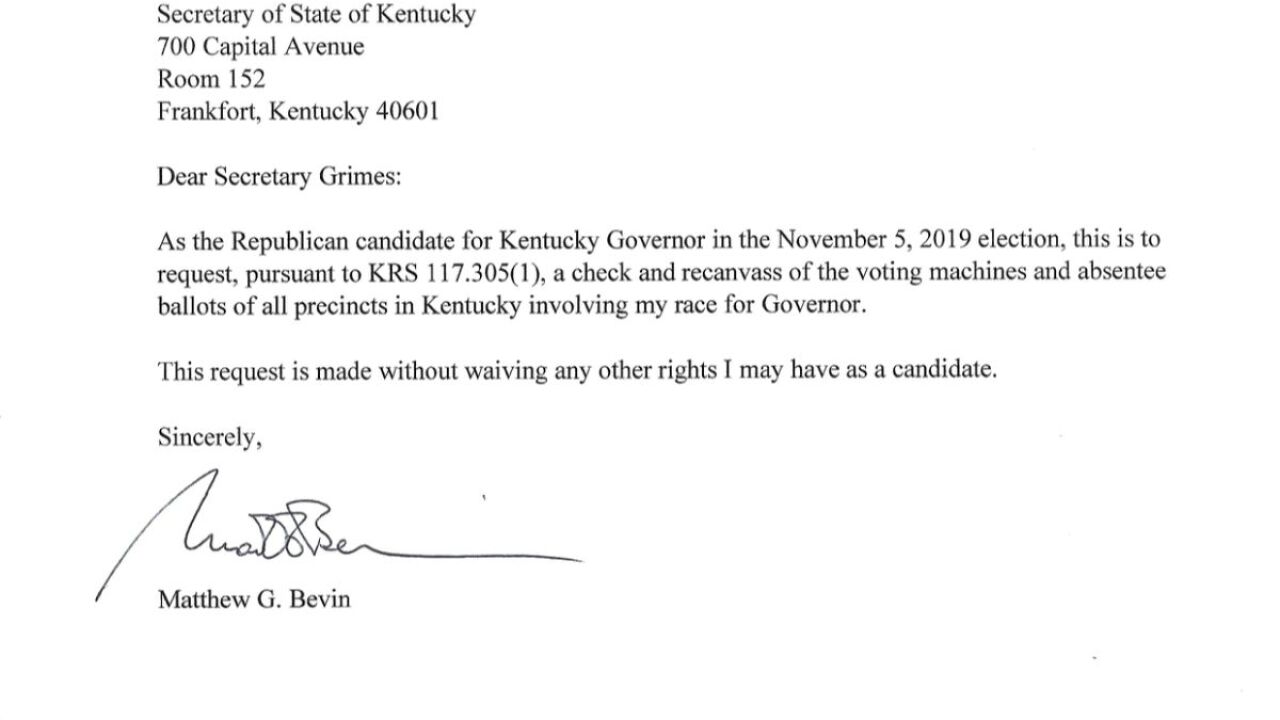 “The people of Kentucky deserve a fair and honest election," David Paine, Bevin's campaign manager, said in a statement. "With reports of irregularities, we are exercising the right to ensure that every lawful vote was counted.”

On Tuesday night, the Republican governor refused to concede the race, despite unofficial totals showing he lost to his Democratic rival by slightly more than 5,000 votes. He, too, cited "irregularities," but has not offered any evidence that the vote tally was not accurate.

Secretary of State Alison Lundergan Grimes, whose office is in charge of elections, said she has received the request and said the recanvass will be conducted at 9 a.m. Thursday, Nov. 14.

Beshear appeared Wednesday morning in Louisville to announce his transition team. He said the results would hold and that it was time to move forward.

"We hope that Matt Bevin honors the results of the recanvass, which will show he received fewer votes than Andy Beshear," Eric Hyers, a spokesman for Beshear, said in a statement.

This story was originally published by David Nichols on WLEX.