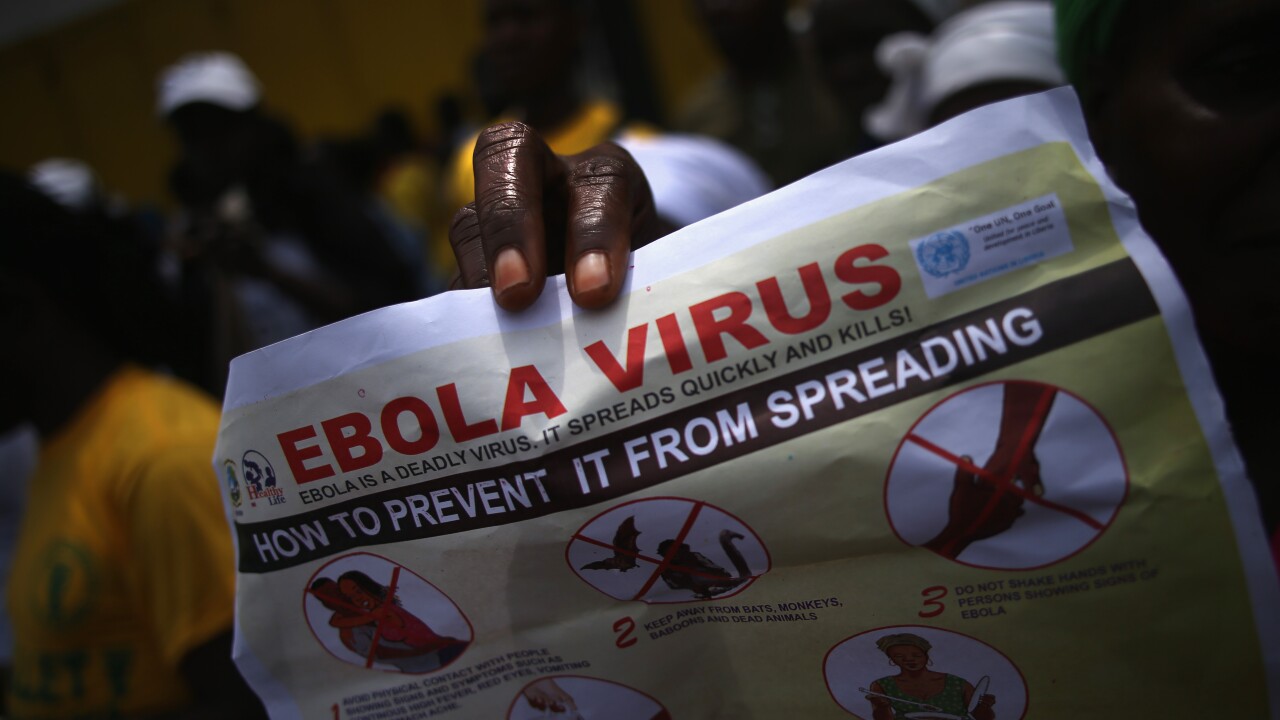 The reporter, who the BBC has identified as Papy Mumbere Mahamba, and his wife were both attacked at their home in Lwemba. His wife was left critically injured with multiple wounds, according to a joint press release from Congolese health officials.

The BBC reports that the couple’s home was also burned down after the attack.

Two suspects have been taken into custody, but the motive behind the attack is still unclear. Authorities have launched an investigation into the murder and are looking into whether it’s connected to the ongoing Ebola response.

Officials say Mahamba was a reporter for a community radio station and was involved in raising the awareness of his community regarding the country’s tenth Ebola outbreak, which began over a year ago and is impacting the provinces of Ituri, North Kivu and South Kivu. He was also considered a “Ebola response community health worker.”

“Any act of violence against individuals involved with the response is unacceptable and compromises the ability of health workers to provide assistance to communities impacted by the devastating effects of Ebola,” wrote health officials.

The BBC says people working to stop the spread of Ebola are often targeted, with dozens of attacks reported on health centers over the past year. The violence is said to be fueled by the belief that the virus isn’t real, which leads to mistrust.

Since January 1 of this year, the World Health Organization says it has documented more than 300 attacks on health care that have caused 6 deaths and 70 injuries of health care workers and patients in the country.