Indiana K-9 officer killed in the line of duty 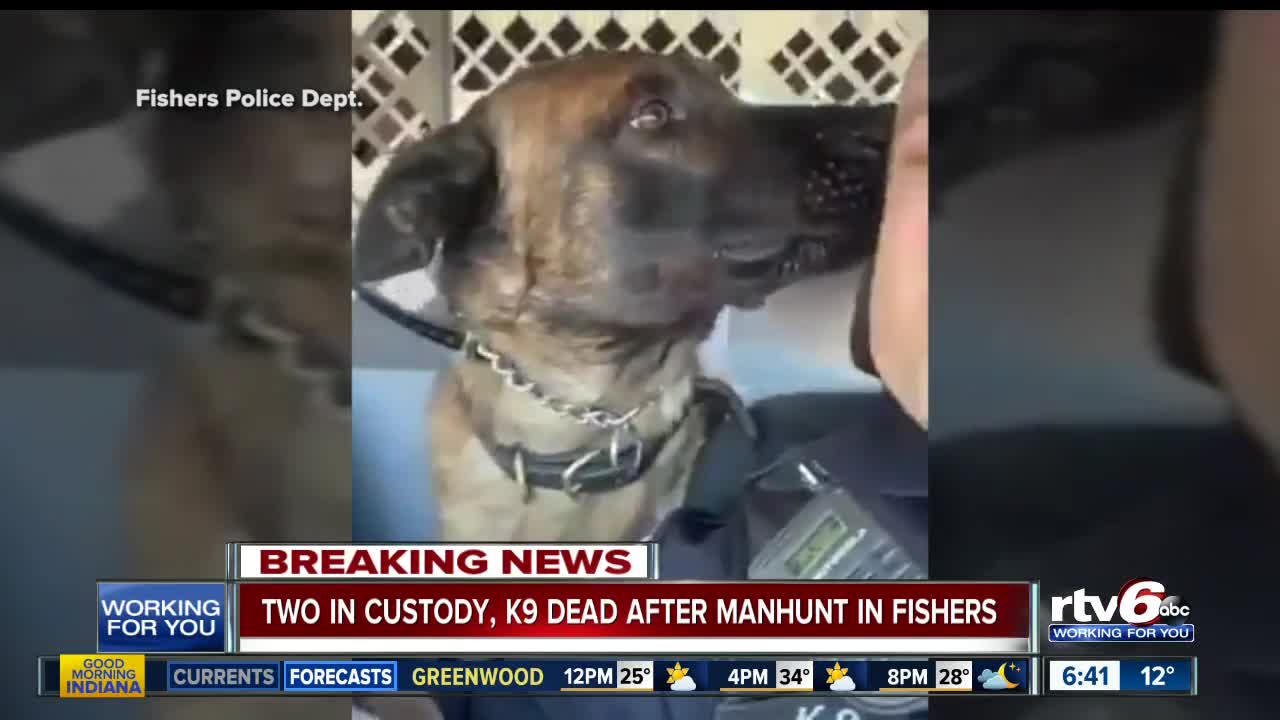 Two people are in custody and a K-9 officer is dead after a manhunt in Fishers early Wednesday morning. 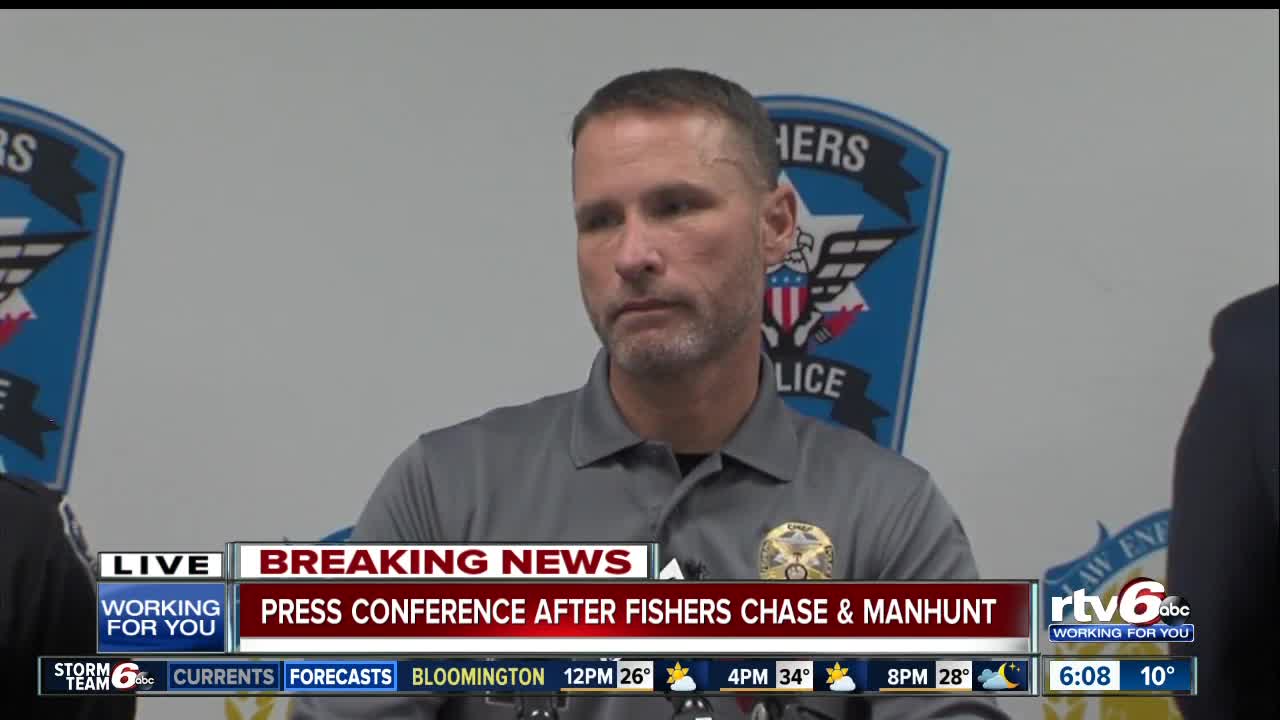 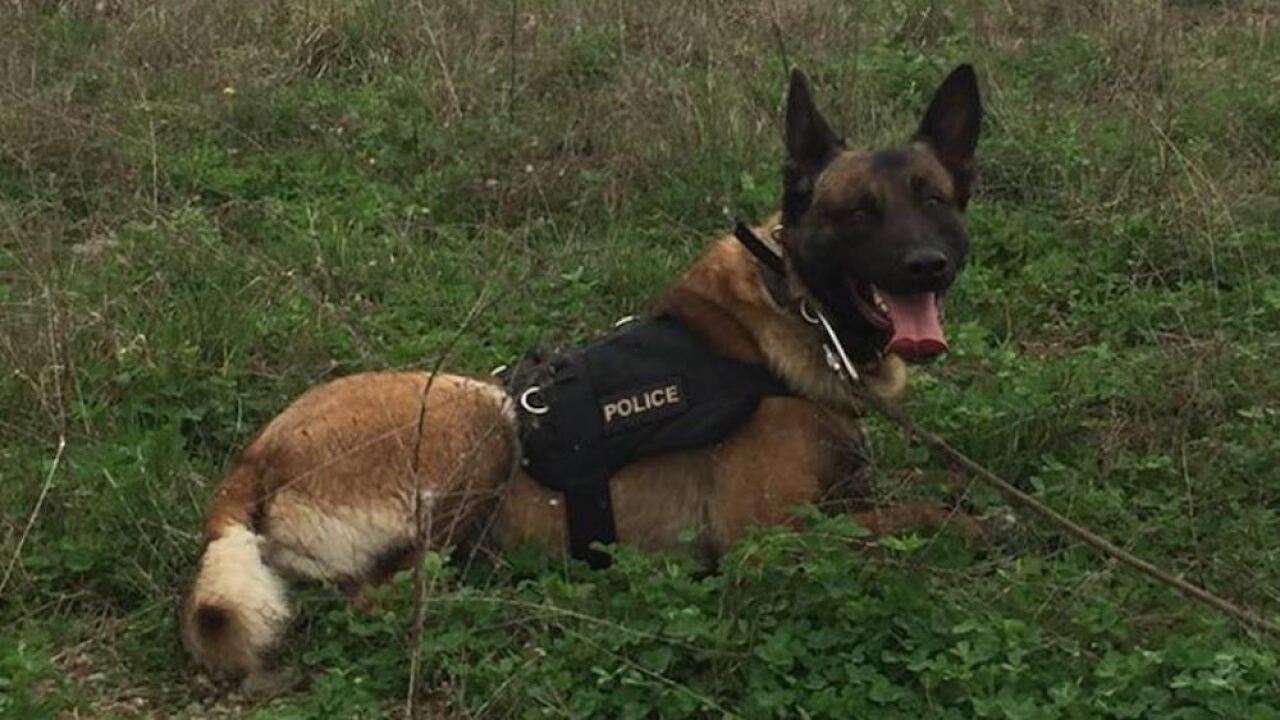 FISHERS, Ind. — The Fishers Police Department said Wednesday that one of its K-9 officers was killed during a manhunt for two suspects.

The incident began when officers attempted to stop a possible drunk driver just after midnight on I-69. After a brief chase, the suspects stopped the car and fled from their vehicle.

Officers sent Harlej to find the suspects. While he was searching in a wooded area, officers heard what they believed were gunshots.

Harlej was later found dead in the woods. Two suspects, a man and a woman, were taken into custody. Their identities have not yet been released.

The male suspect was treated for dog bite injuries and released back into police custody.

"It is my belief that he saved lives last night and we're thankful for his sacrifice," Fishers Police Department Chief Ed Gebhart said during a press conference early Wednesday morning.

Police are still searching for a weapon in the area where the suspects were taken into custody.

Harlej joined the Fishers Police Department in 2015 and has had a "very successful career," according to Gebhart.

"We would ask for the community to be patient with us," Gebhart said.

Harlej's death is the first line-of-duty death for the department since it opened in 1994.

This story was originally published by Katie Cox on WRTV in Indianapolis.