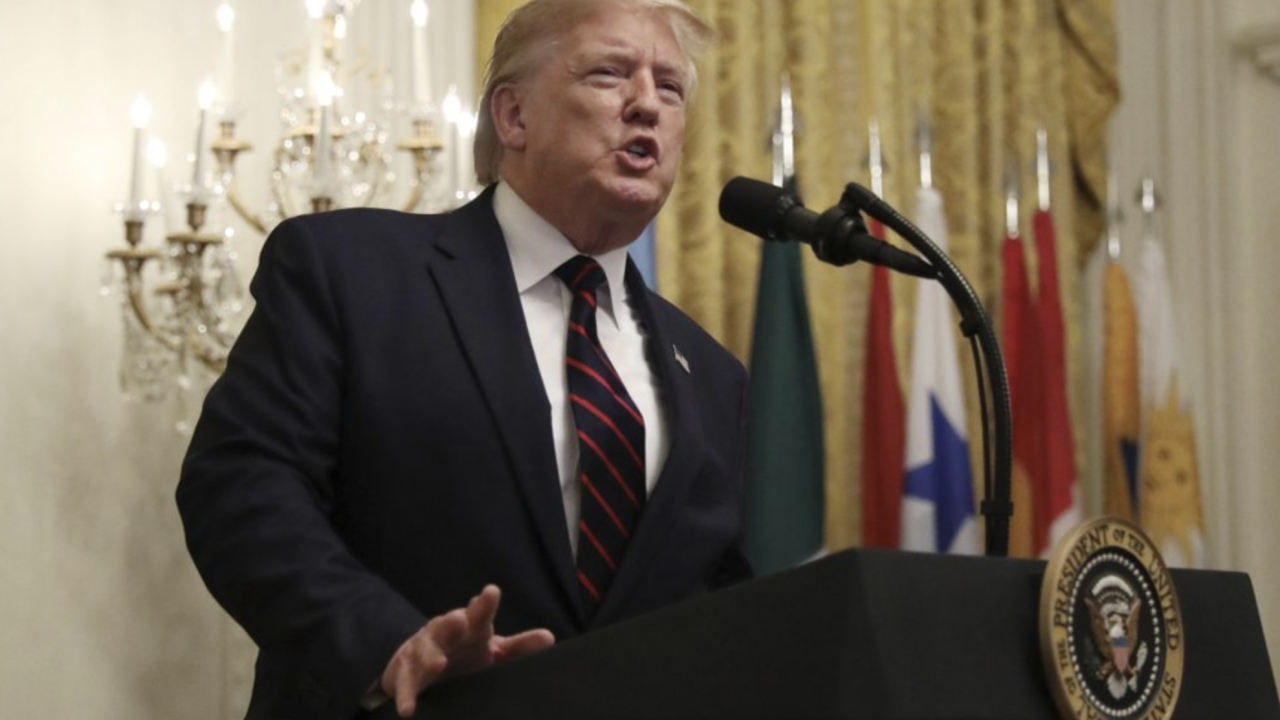 The most important week so far of the impeachment inquiry is here.

Democrats will take their case to the American people that President Donald Trump should be impeached and they'll do it by introducing public testimony from career State Department employees, who will testify under oath to things they've already talked about in private.

CNN reporters read all 2,677 pages of private testimony that have been released so far. Here's the rundown.

Still no word from the whistleblower

What Democrats say they won't present is testimony from the whistleblower whose alarm uncovered Trump's effort to use tax dollars and foreign aid as ransom for his own political benefit.

Seizing on that strand and betting that Americans won't read too deeply into the mounting evidence against Trump, Republicans argued over the weekend that without the whistleblower, the case against the President falls apart.

"It's impossible to bring this case forward in my view fairly without us knowing who the whistleblower is and having a chance to cross examine them about any biases they may have," said Republican Sen. Lindsey Graham on Fox on Sunday.

Who needs the whistleblower, given everything else?

The head impeachment inquisitor, House Intelligence Chairman Adam Schiff , argued Saturday that the whistleblower's complaint has been corroborated, which makes testimony from the whistleblower "redundant."

Bringing the whistleblower up to testify would only jeopardize the individual's anonymity, which is guaranteed by law, but which Republicans continue to exploit as a tantalizing secret.

Some conspiracy theorists have made a game online of trying to identify the whistleblower, which has led to some cases of mistaken identity. CNN's Brian Fung talked to one victim.

Graham, the Senate Judiciary chairman , was already this weekend predicting acquittal in the Senate, which has the duty to conduct a trial and consider removing Trump from office if the House impeaches him.

"So if they don't call the whistleblower in the House, this thing is dead on arrival in the Senate," Graham said.

That may be the case anyway since despite the evidence against Trump and the incredibly consistent testimony of his pressure on Ukraine, there hasn't been a crack in Republican support for him in the Senate.

Sen. Ron Johnson is a good exhibit of that. The Wisconsin Republican was concerned about the holdup of military aid and had discussions with Trump about it in real time in September, but he was defending Trump on CNN's "State of the Union" on Sunday.

Diverting back to the Bidens

Whether the public testimony of multiple career diplomats changes that is not clear.

But Republicans are focused on arguing that former Vice President Joe Biden and his son, Hunter, should be called to testify -- something Democrats will not allow since it would divert focus on Trump's pressure on Ukraine back on the Bidens, who the President was trying to get investigated in the first place. (There is no evidence of wrongdoing by either Joe or Hunter Biden in Ukraine.)

Who we won't hear from

Democrats are at present proceeding without testimony from key White House officials.

John Bolton, Trump's former national security adviser, has said he has relevant information to the impeachment probe, but he wants clarity on whether he should listen to a House subpoena or stay silent under Trump's claim of executive privilege.

And on Friday, acting White House chief of staff Mick Mulvaney asked for the same clarity from courts, saying that he can't be the one to decide whether to listen to the House or listen to the President. Mulvaney is seeking to join a case already filed by Bolton's former deputy Charles Kupperman and has been granted a hearing at 5 p.m. ET Monday in Washington, DC.

The long game: It could take weeks or months of court wrangling and Democrats are on a timetable to finish up impeachment so they can move on to kitchen table issues in 2020 -- which means impeachment investigators might just move on without this.

Tuesday -- The White House may release the transcript of an April call between Trump and Ukrainian President Volodymyr Zelensky .

Wednesday -- Public testimony is scheduled from Bill Taylor, still the top State Department official in Ukraine, who raised concerns about the shadow foreign policy being pursued by Rudy Giuliani and who internally called out Trump's political appointee for tying political investigations to security aid.

Taylor can talk about why Ukraine needs that aid.

Also Wednesday, there will be open testimony from George Kent, who will talk about Giuliani's efforts to get former US Ambassador to Ukraine Marie Yovanovitch removed from her post.

Friday -- Yovanovitch will testify publicly about her recall at Trump's request.