House teetering on Lake Michigan's edge to be torn down Tuesday 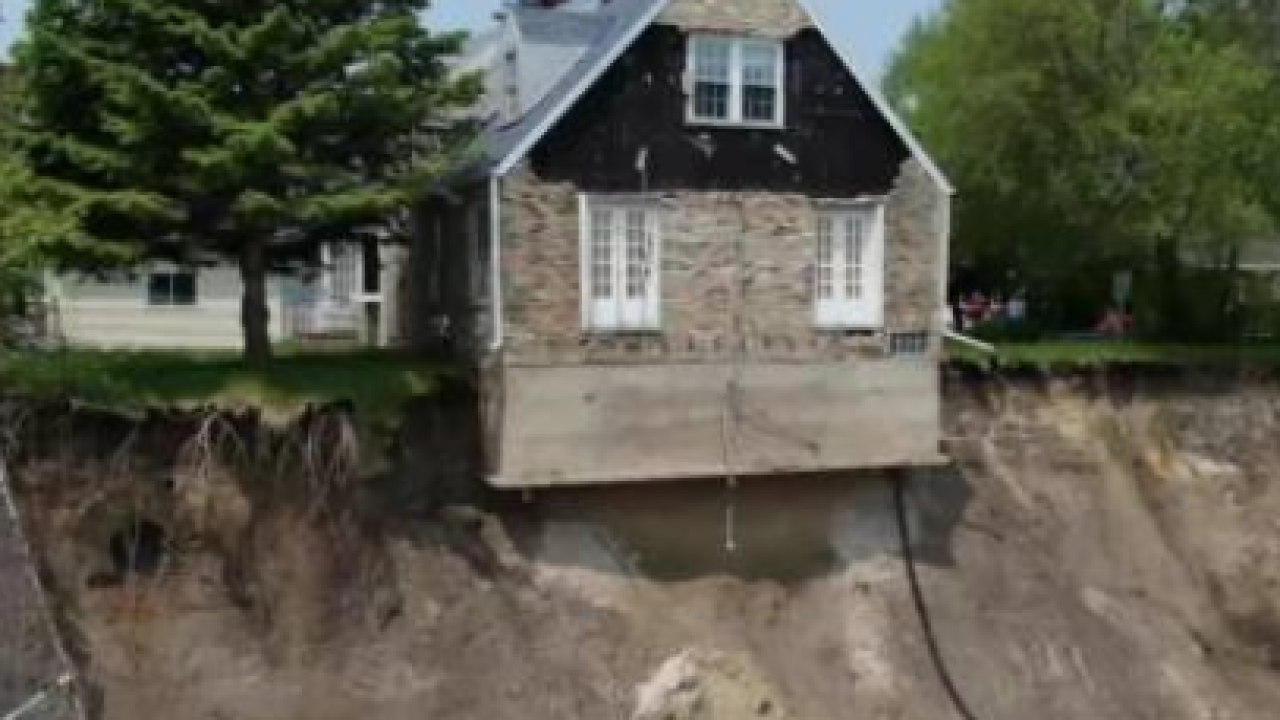 SOMERS, Mich. — The home in Kenosha County that hangs 50 feet over Lake Michigan will be torn down Tuesday.

In 2018, the owners of the lakefront house moved out after their porch fell off the eroded shoreline and into the lake. The home has been hanging further and further off the cliff ever since.

The cost to save the home totaled hundreds of thousands of dollars.

In October, parts of the home's foundation and basement fell into the waves of Lake Michigan.

Crews reinforced the home with cable wires and put buoys in Lake Michigan to keep debris from floating into the lake.

The three-bedroom home was scheduled to be demolished a few times over the past year, but due to equipment problems and weather, crews had to put it off until now.

This story was originally published on WTMJ.