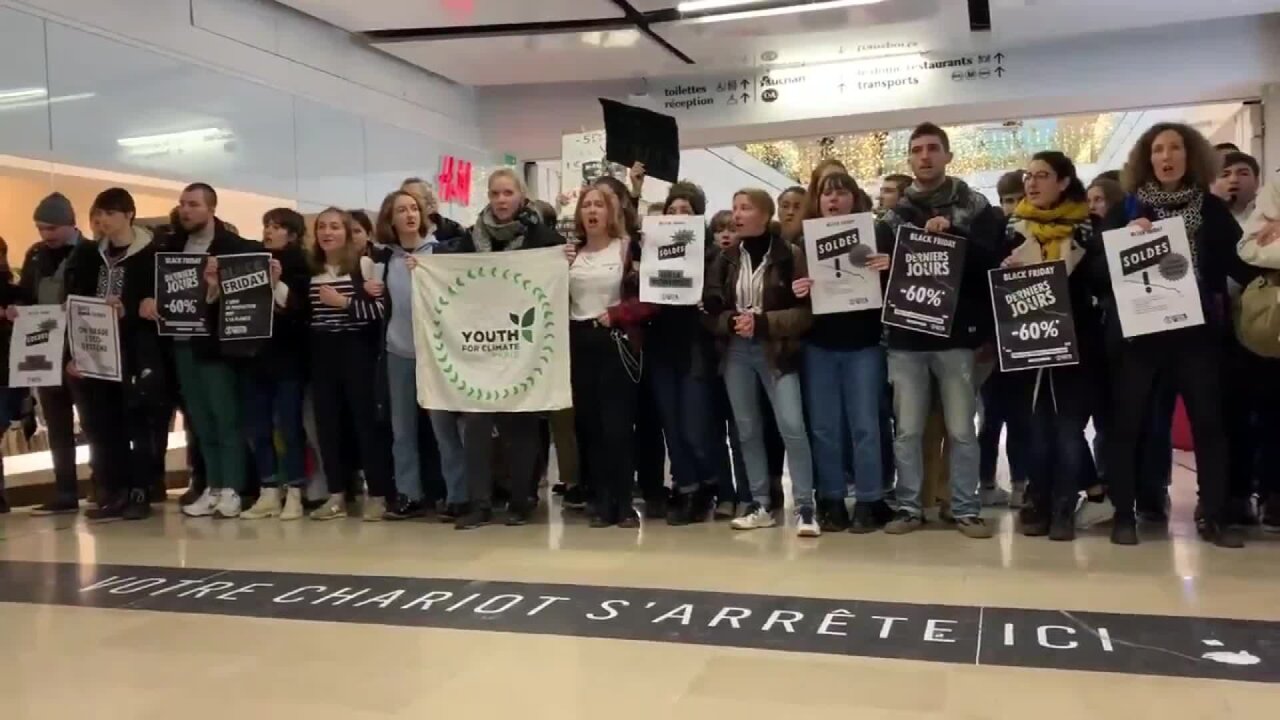 People in cities across the US are expected to take part in strikes on Black Friday to call attention to the global climate crisis.

Climate strikes are also scheduled to take place around the world on Friday.

The protests are part of Fridays for Future , a youth-driven movement that started after teenage Swedish climate activist Greta Thunberg skipped school and staged sit-ins on Fridays outside the Swedish Parliament. Supporters hope to build off of the momentum of the Fridays for Future global climate strikes that took place in September.

Climate change will most directly impact young people, organizers have said. But that doesn't mean it shouldn't be an issue on everyone's minds. They want allies.

Strikers have demanded "climate justice" to cast the climate crisis as not just an environmental issue, but also an ethical obligation.

They hope the strikes will show world leaders that it's not just young people who want climate change to be addressed.

Organizers have encouraged would-be shoppers on Black Friday to boycott the holiday and focus on the degeneration of the planet by joining the climate strikes.

"Consumerism is destroying our planet," Extinction Rebellion, an environmental group, said on social media. "We do not have infinite resources, yet the system continues to persuade us all that we need to constantly buy more of everything. We are continuously sold cheap products at the expense of our environment, but enough is enough."

One group said it plans to silently push empty shopping carts through a New York city store, forming a lengthy chain of non-shoppers who will weave through the store aisles, inviting customers to take a break from shopping.

Another climate strike is planned for December 6.

December's demonstrations will coincide with the COP25 environmental summit that will take place in Madrid from December 2 to December 13.