Freshman basketball star suspended, ordered to pay $11,500 after coach paid for his housing 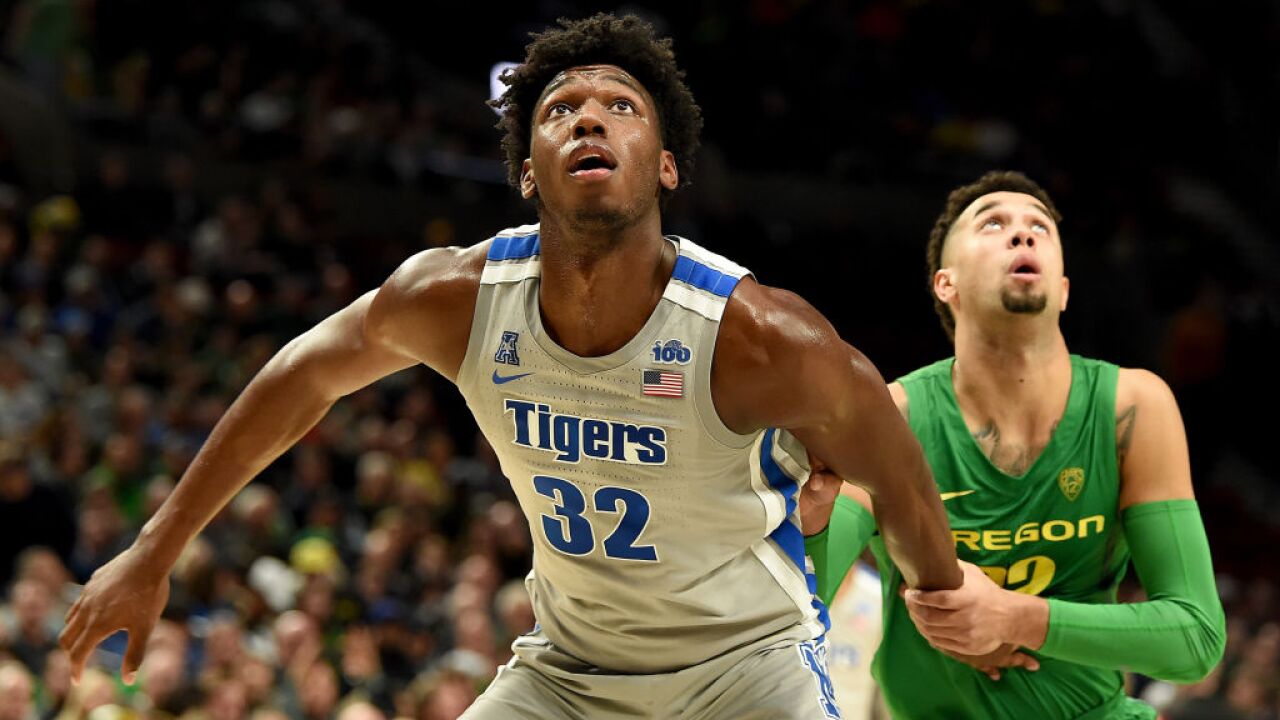 James Wiseman, the freshman basketball star for the University of Memphis who accepted payment in 2017 from his future college coach for his family's housing, has been suspended for 11 additional games and has been ordered to pay $11,500.

Wiseman has already missed one game, totally his suspension to 12 games.

Collegiate athletes are barred from making money off their name, image and likeness, and universities compensate basketball players with free tuition, room and board. It is unknown if Wiseman will be able to come up with the funds necessary to continue his collegiate career following his suspension.

Wiseman's punishment came as a result of his college coach, former NBA star Penny Hardaway, giving Wiseman's family $11,500 to help pay for Wiseman's family to move to Memphis. Hardaway was then the coach of an AAU squad in Memphis, and wanted to Wiseman to join his team.

A year later in 2018, Hardaway was given the top job at the University of Memphis. But it was Hardaway's past connection to Memphis as a donor that made the payment to Wiseman improper in the eye's of the NCAA.

"The benefit was impermissible because of Hardaway’s status as a Memphis booster," the NCAA said in a statement. "Hardaway had made donations to the school in the past, including $1 million to help build the Penny Hardaway Athletic Hall of Fame at the school. Boosters cannot provide financial assistance to prospective student-athletes, their family members or friends unless that assistance is generally available to other members of the student body and is not given based on athletics ability."

Memphis said that it will appeal the NCAA's decision.

Wiseman is considered one of the top prospects for next year's NBA Draft.