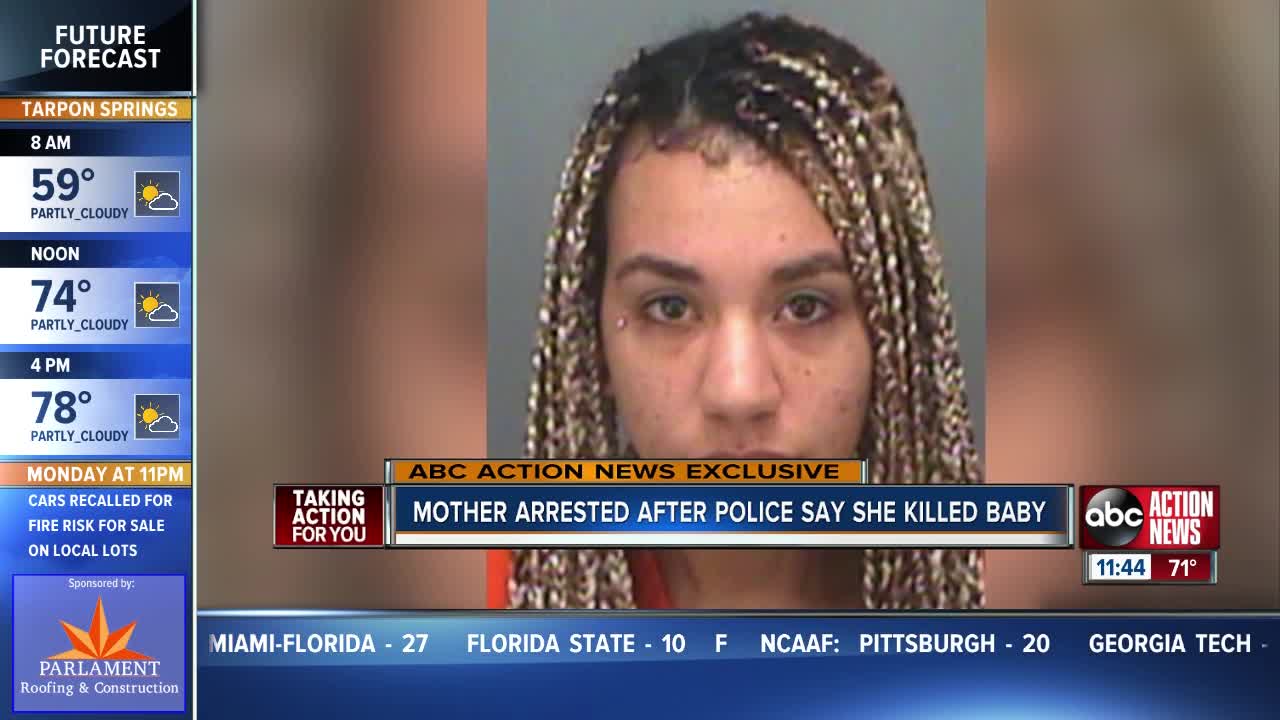 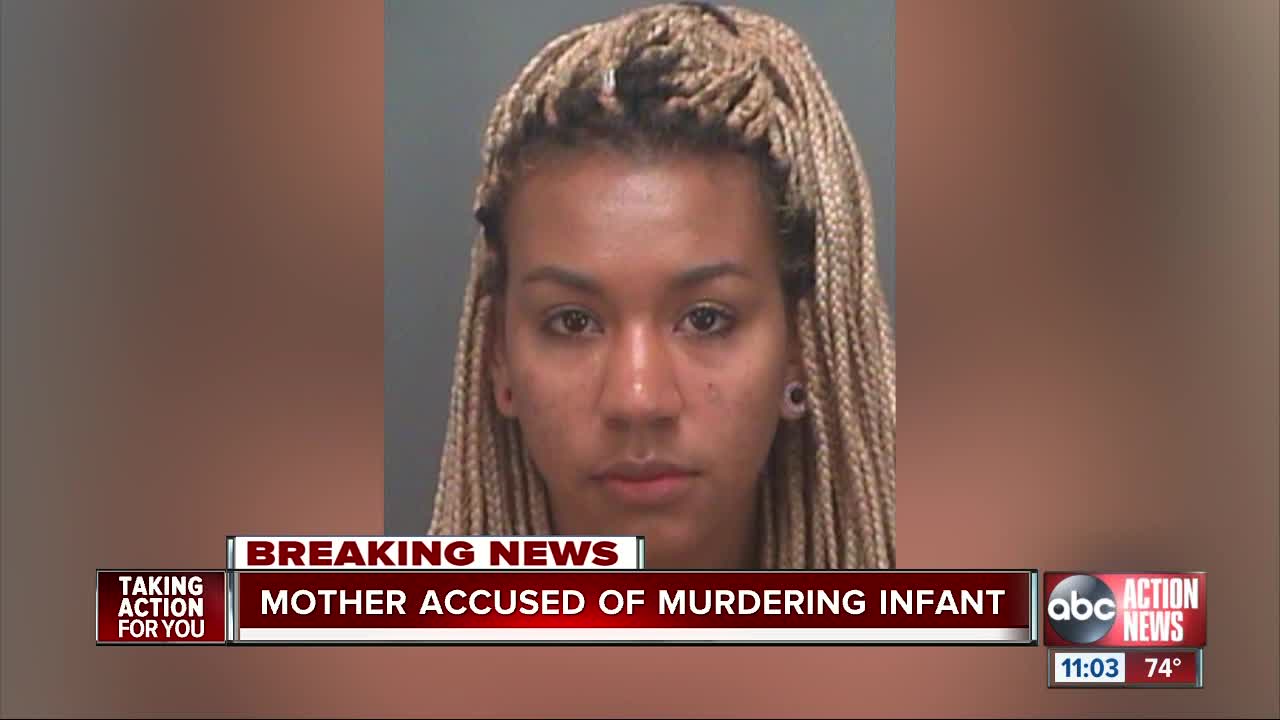 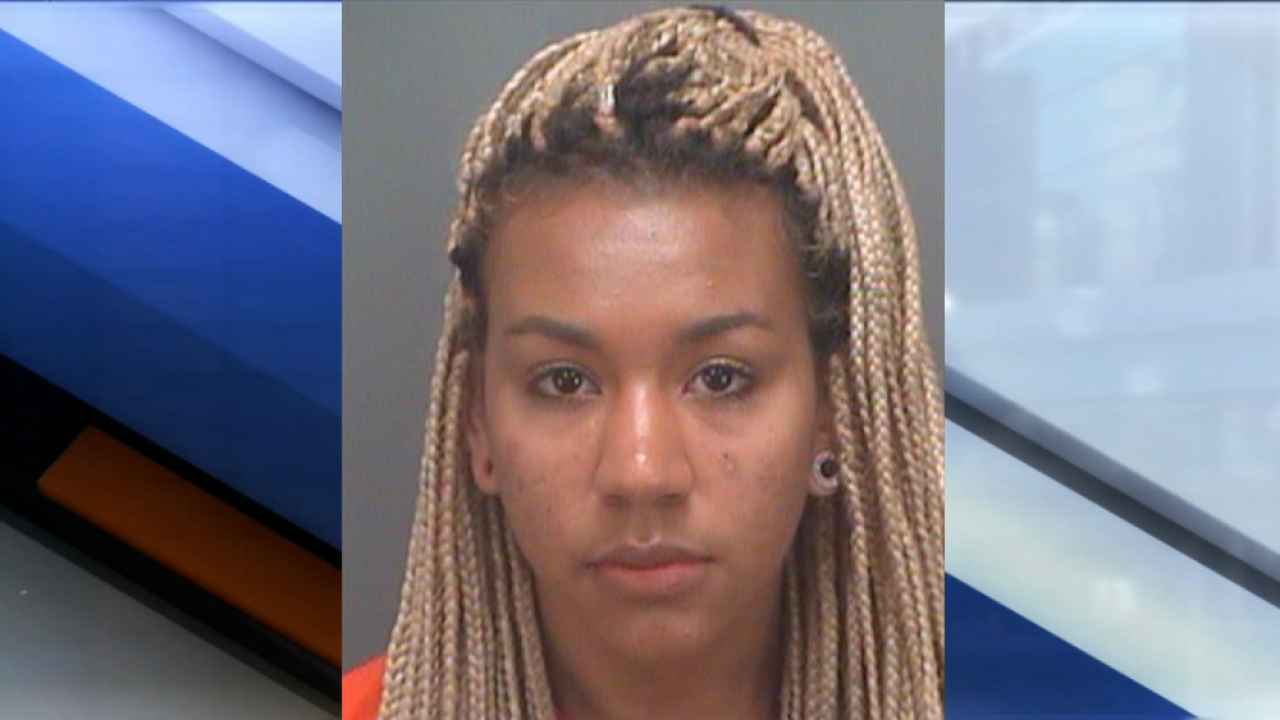 CLEARWATER, Fla. -- A Florida mother is charged with first-degree murder following the death of her baby boy.

According to the Clearwater Police Department, Victoria Jackson was arrested Friday after confessing to the crime during questioning by homicide detectives.

Police said Jackson told police in May she found her 10-month old unresponsive in his crib. First responders took the infant to the hospital, where he was pronounced dead.

Investigators said the cause of death was undetermined as they investigated Jackson's story. But this week, police said they learned Jackson told a friend she placed a pillow over the baby's face and asphyxiated him.

Clearwater police confirmed that following the baby's death, Jackson started a GoFundme for funeral expenses and collected thousands of dollars for it.

"Tragedy is a time where you need to be the most compassionate and loving and kind and she totally just took advantage of that. No one knew the real story of what happened other than her and whatever friend that she told," said Marah Gonzales. "It was just kind of so manipulative to the point she was consistently reaching out and consistently like please donate to this, and this, but with very very little details."

Gonzales said she knew Jackson in high school, and donated to the fundraiser.

"It’s definitely a tragedy but it’s definitely like a sobering thing to understand things like this do happen and it’s tragic and it’s how can we as a community get better from it like how can we grow from it," Gonzales said.

Jackson had her first court appearance Saturday and remained in the Pinellas County jail without bond.

This story was originally published by staff at WFTS.