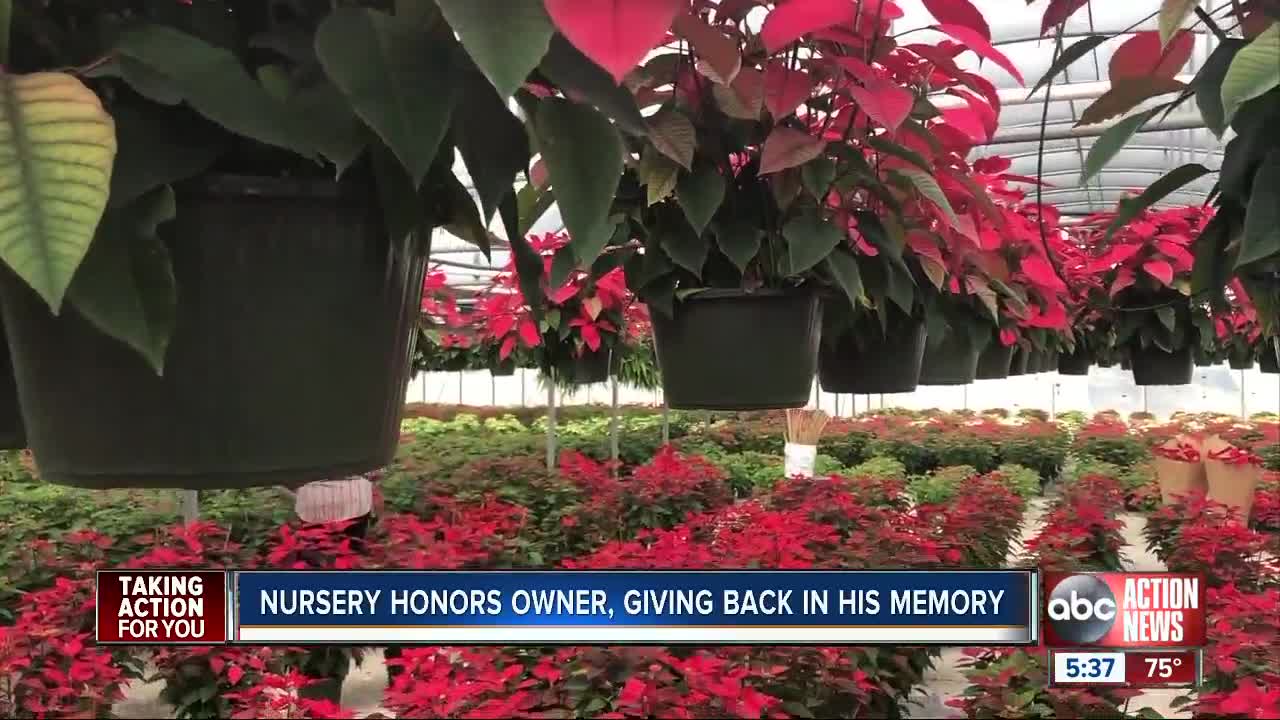 A Bradenton nursery is honoring its owner. 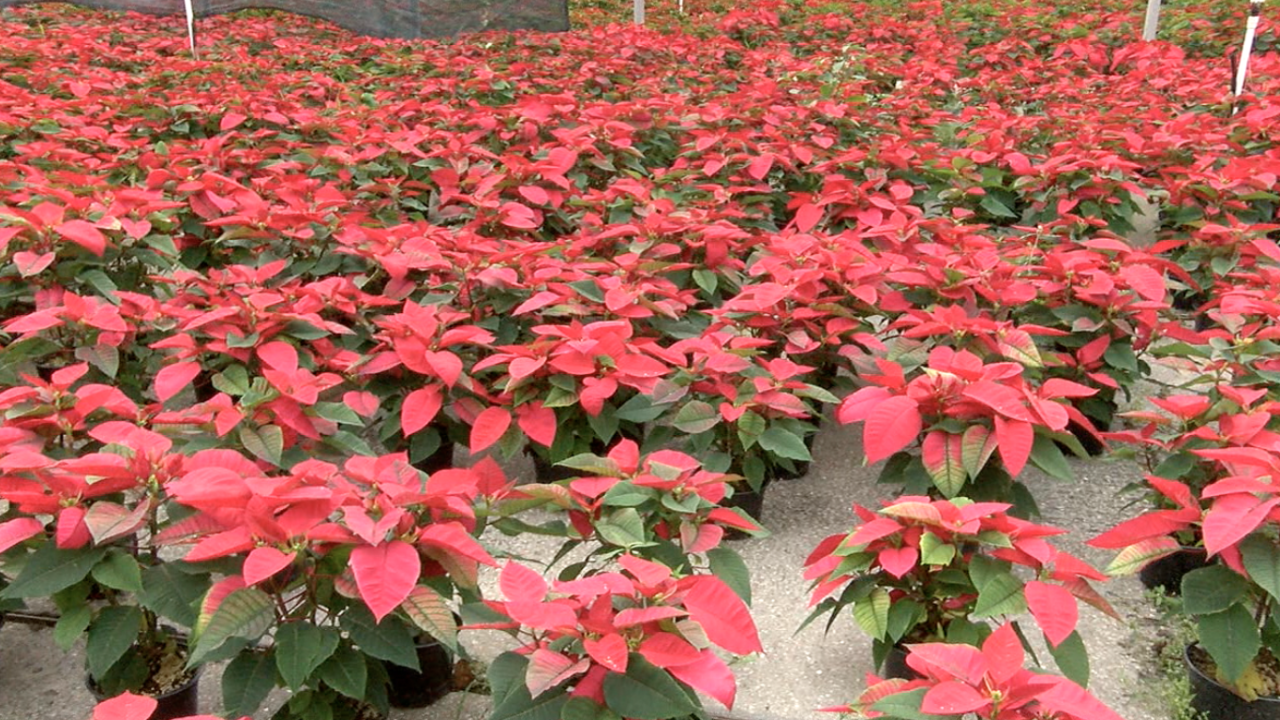 BRADENTON, Fla. — A Florida nursery famous for its Christmas poinsettias has overcome a lot of challenges in recent years, including being nearly destroyed by Hurricane Irma.

But now they face their biggest challenge yet: the loss of the man who made it what it is today.

Orban’s Nursery is a family business that’s been going strong for more than 100 years. It was started in Ohio. Then, in the 1940s, Tyler Orban's grandfather moved it to Bradenton, Florida.

"He started doing poinsettias and it was a success," Tyler said.

Tyler’s dad Marty took over the nursery in 1975. Tyler says his father had a green thumb and holiday spirit that no one could beat.

That love caused business to explode, going from 5,000 to 200,000 wholesale poinsettias and 50 different varieties.

The nursery sells most of its poinsettias to Publix during the holidays.

"My dad completely expanded it. They got in with Publix right at the beginning of Publix starting," Tyler said.

But in recent years, Orban’s Nursery has overcome many storms.

A tornado hit the nursery in 2017, and a couple of months later, Irma destroyed many of the greenhouses.

"He really wanted to do a lap over the greenhouses one more time before he passed away but his health was too bad. So we took some videos for him," Tyler said.

Now Tyler, who has been managing Orban's since his dad got sick, is in charge. He’s using his dad’s spirit to get through the busiest season.

"It’s been hard. I think this is a good distraction because we all want to see the legacy continue," said Whitney Bradberry, Marty's daughter. "I'm just here to support my brother. He’s the one doing all the hard work."

During their annual drive-thru poinsettia sale that is open to the public, Orban's is donating a portion of the proceeds to lung cancer research in honor of Marty.

This story was originally published by Wendi Lane on WFTS.