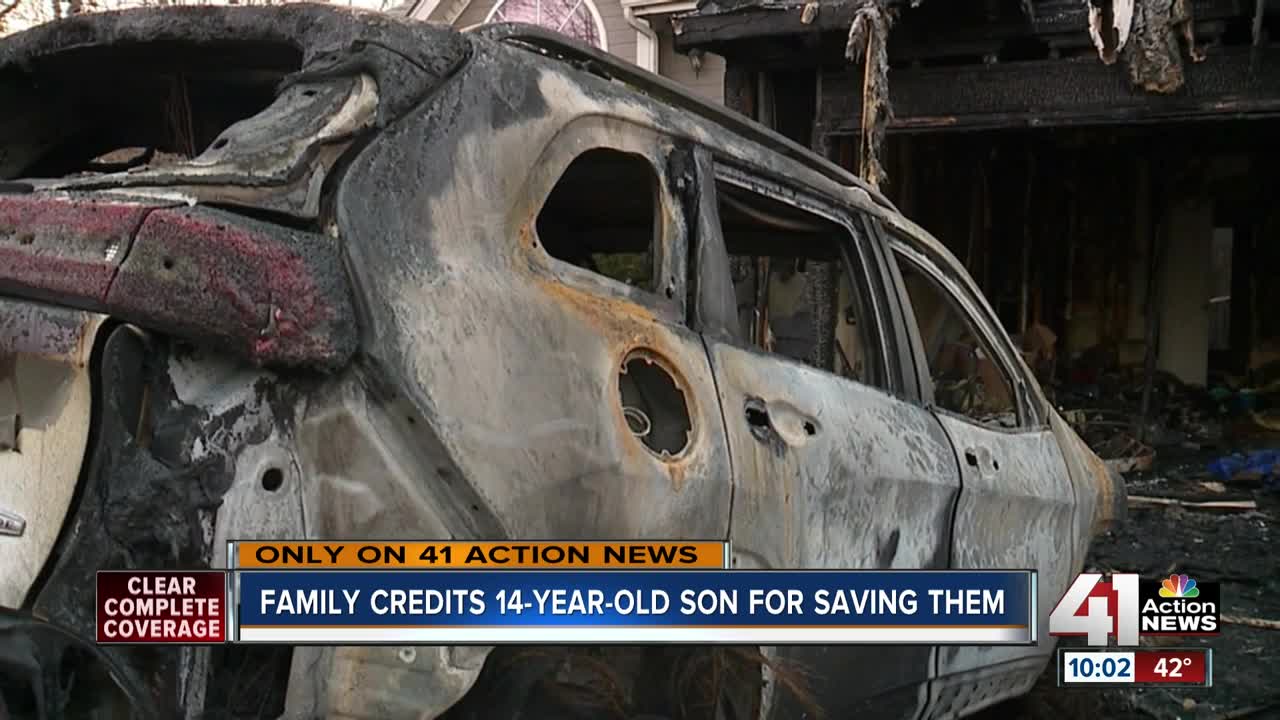 A family of six is safe after their Northland home caught fire Sunday night. 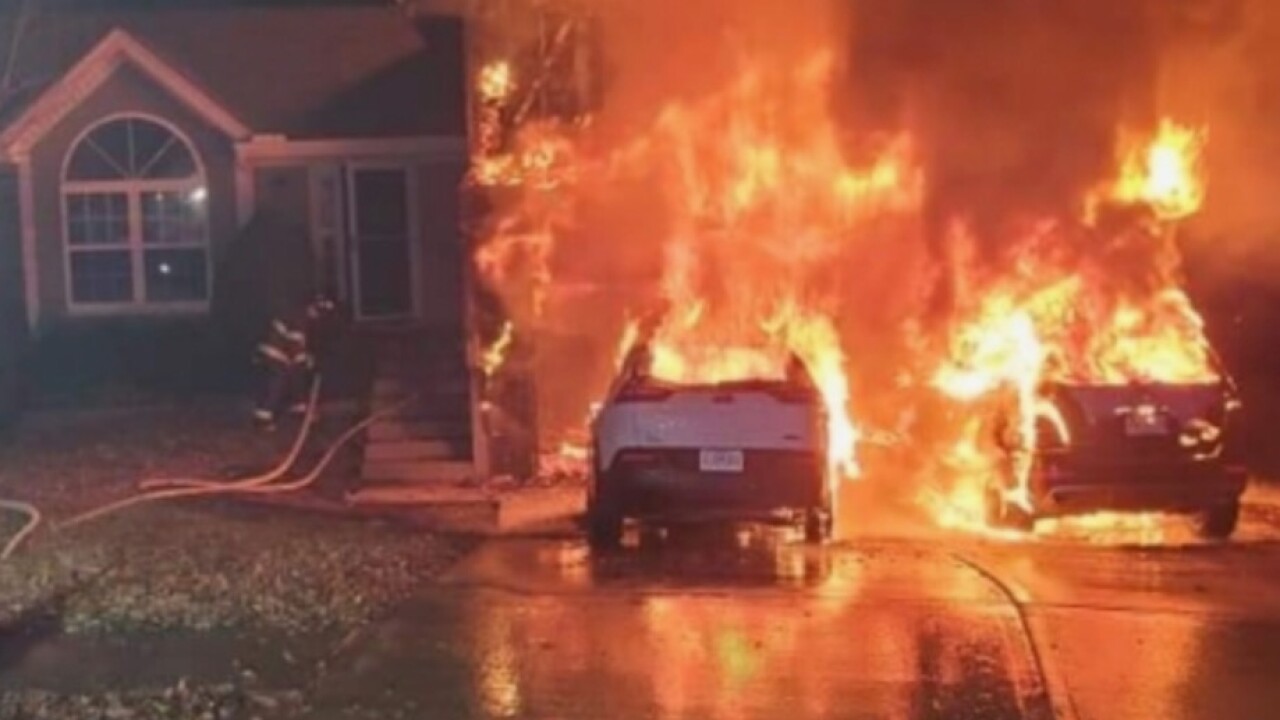 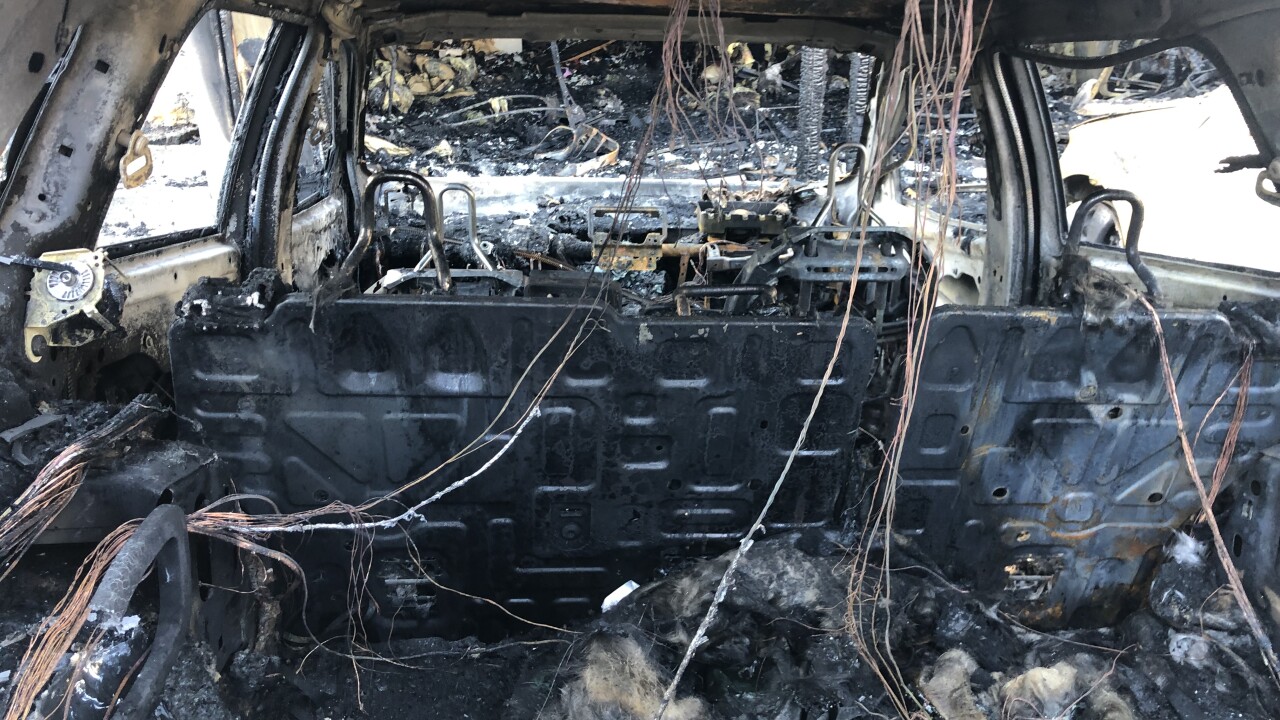 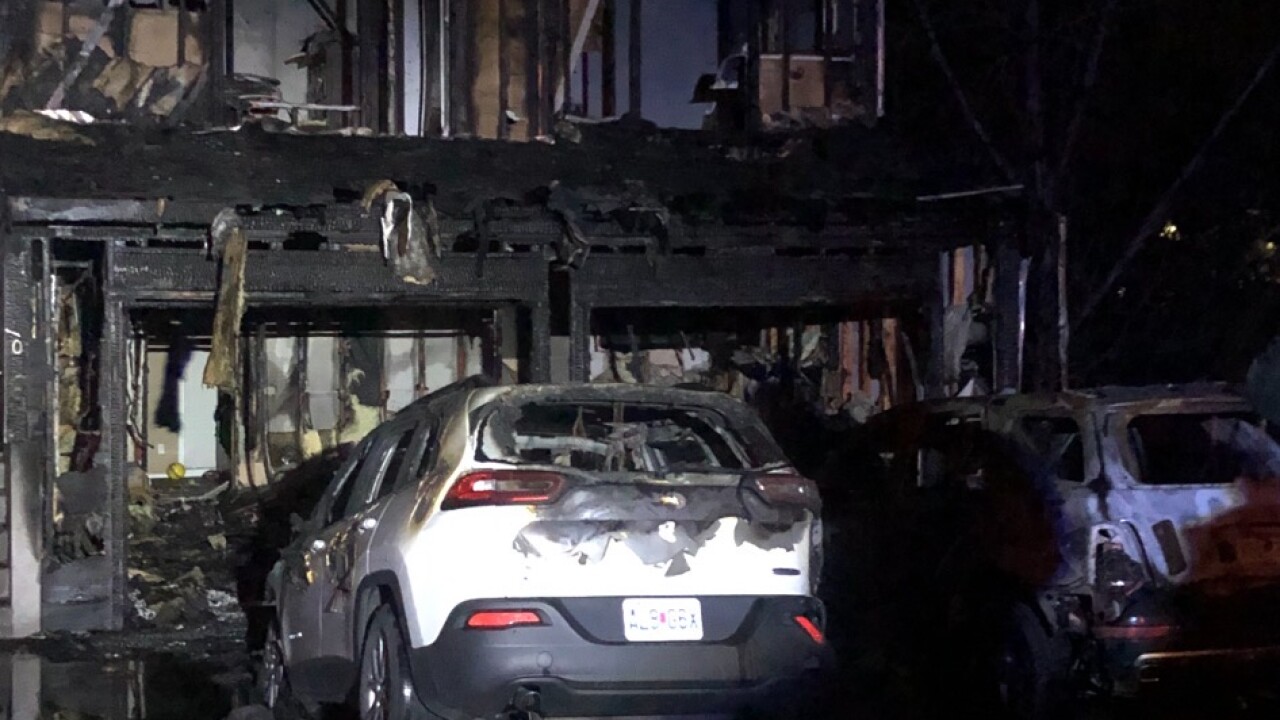 KANSAS CITY, Mo. — A tragedy no family wants to experience was caught on one Kansas City family's doorbell camera as their home burned down.

Sunday night, Valerie and Alex Bujack were sleeping when their 14-year-old son Carter burst into their room, alerting them to the growing fire inside their home.

"I think Carter saved our family last night," Valerie Bujack said. "He woke up, knew something was wrong, smelled something, ran downstairs and got my daughter — his little sister — and they both came running upstairs because at that point smoke had started coming into the house."

Kansas City, Missouri, firefighters responded to a call around 10:50 p.m. for what would become a two-alarm fire.

While Bujack and her two children escaped out the back door, her husband, Alex, went back upstairs to get the family dog, only to throw him down the stairs before crawling his way out of the fully engulfed home. By then, both cars were exploding.

"They were just screaming. I mean you can hear my daughter on the Ring doorbell. I mean, she was just screaming, 'Get out, get out,'" Valerie Bujack said.

Firefighters respond to 2-alarm fire in the Northland

From the time between the first flame was captured on the Bujack's front-door security system to when flames consumed the home was just seven minutes.

"If Carter would have hesitated even for a few minutes, it could have been a totally different outcome," Valerie Bujack said.

Both family cars are reduced to metal frames, and the home they had just moved into as newlyweds is now charred rubble.

"You just work so hard your whole life for... and then it's just... all you have is in trash bags," Bujack said.

The Bujacks still have their wedding rings, and they were able to recover some of Alex's military items from his time in the Army years ago, but they are damaged and melted together.

The Bujack family said the Kansas City Fire Department told them the damage is so bad they can't pinpoint where the fire started, but it could possibly be outside.

Fire Chief Jimmy Walker said the blaze appeared to have started in the rear of the home, but a cause has not yet been determined. Crews used three small hand lines and one large hose to extinguish the fire, according to Walker. No injuries were reported, and a dollar-loss amount has not yet been given.

A GoFundMe site has been created to help with the family's expenses recovering after the fire.

This story was originally published by Gabriella Pagán on KSHB in Kansas City, Mo.