Doctors said he wouldn't live past his second birthday. His town just threw a parade for his third 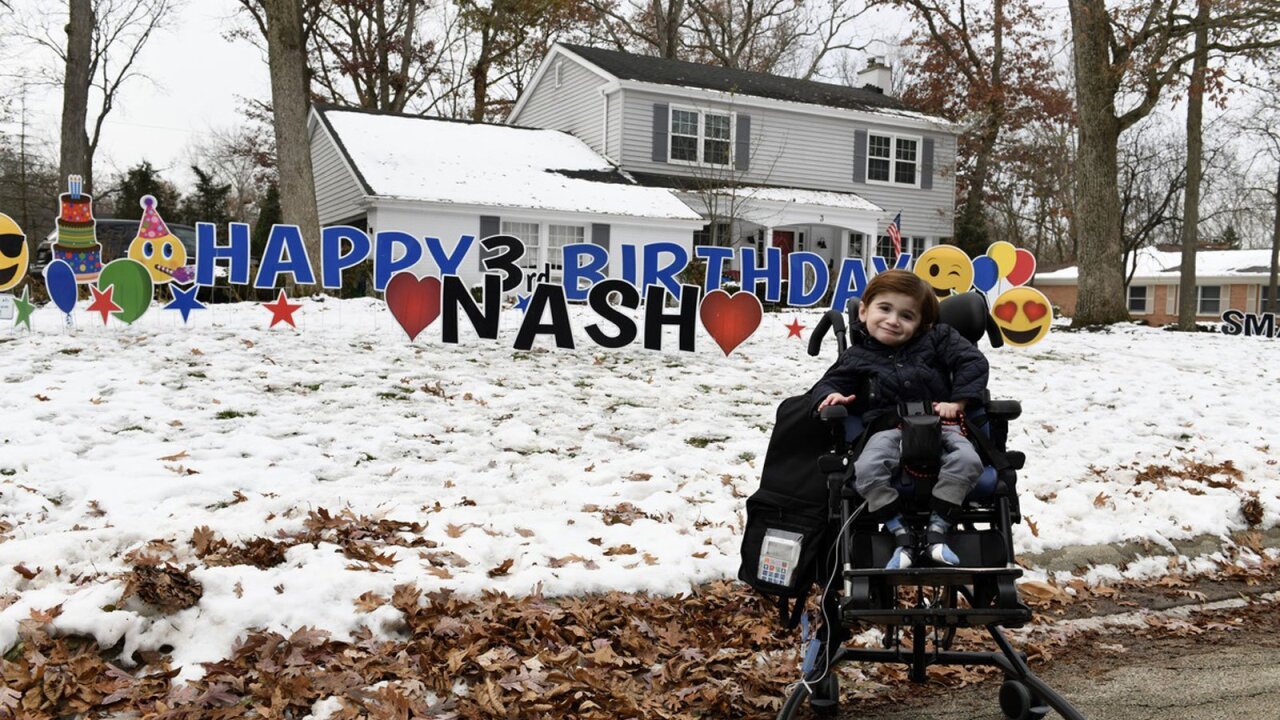 Brittany Stineman was told her son wouldn't make it to see his second birthday. But little Nash turned 3, and they celebrated by throwing him a birthday parade.

Nash has a rare neuromuscular disease known as SMARD , or spinal muscular atrophy with respiratory distress. The disease causes muscular weakness and a sudden inability to breathe in infants. It has no cure or treatment.

Because of his weakened immune system, Nash cannot be around many people to have what some may think of as a typical birthday party, so the community decided to throw him a parade Sunday on the eve of his birthday.

"The one missing piece of his life has been social interaction," Stineman told CNN. "He can't be around people that much, and yesterday, I felt like that missing piece was filled."

For over an hour, more than 100 trucks, jeeps and cars of all kinds drove down the family's neighborhood street in a Chicago suburb to celebrate Nash.

Instead of throwing out candy like a typical parade, there was banana pudding for Nash. It's the only food Nash eats by mouth because he gets intravenous nutrition.

Stineman said it was surreal how many people wanted to celebrate her son.

" Nash's story is the reason we have so much community support," she said. "Yesterday was just proof of how much of an impact he has made through his horrible journey."

When Nash was 11 months old, he was diagnosed with SMARD. The doctors told his parents that he likely wouldn't live past the age of 2. It's unknown exactly how many people have it, according to the National Organization for Rare Disorders.

"He was in the hospital for seven months," Stineman said. "I didn't understand any of it the day of the diagnosis."

Stineman started calling researchers and started her own nonprofit called Smash SMARD . The organization works to find effective treatments for kids like Nash. Since February, it has raised more than $2 million.

The parade showed her that there is so much support for her family, and she is optimistic about what is to come.

"It was a magical day," Stineman said. "It just made me feel so much more hopeful about what the next year could bring."