DNA evidence identified an Ohio woman's rapist, but no one told her and he can't be charged 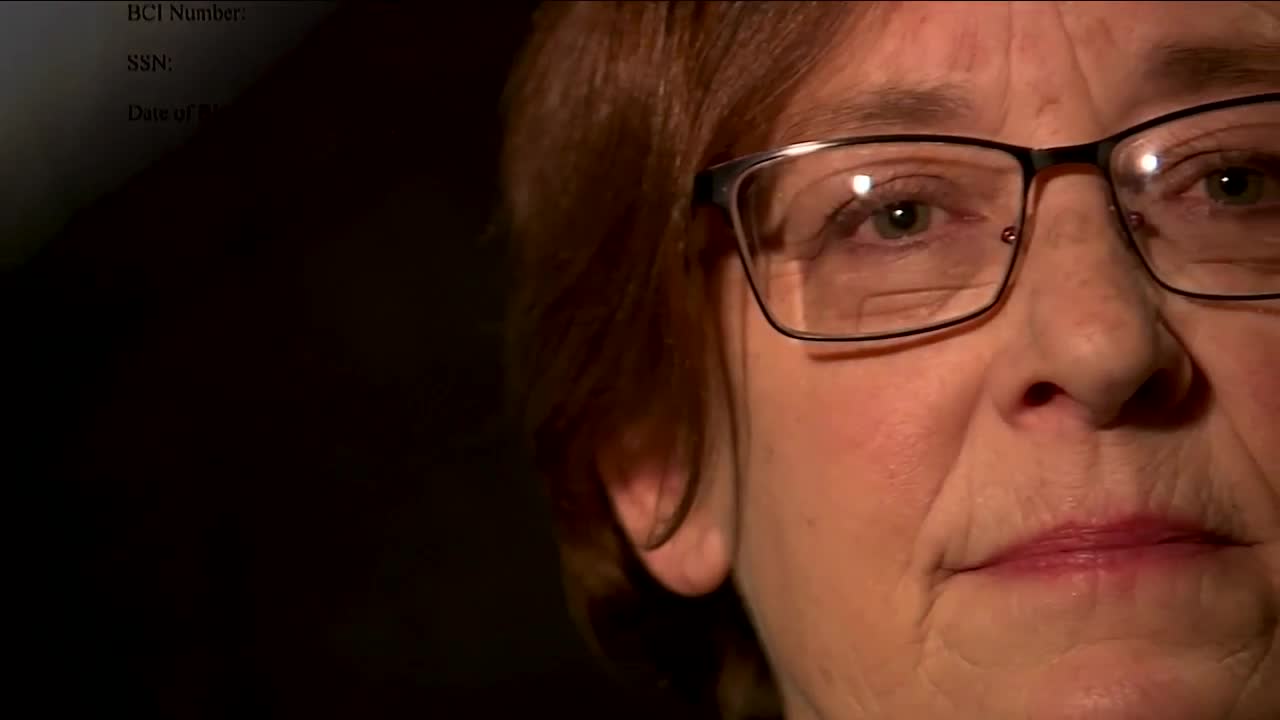 In 1993, Jeanette Crabb was raped in a field. She immediately reported her attack and got a sexual assault kit. 20 years later, her kit was finally tested and there was a DNA hit. But, no one told her about that hit, until 5 On Your Side Investigators started asking questions. 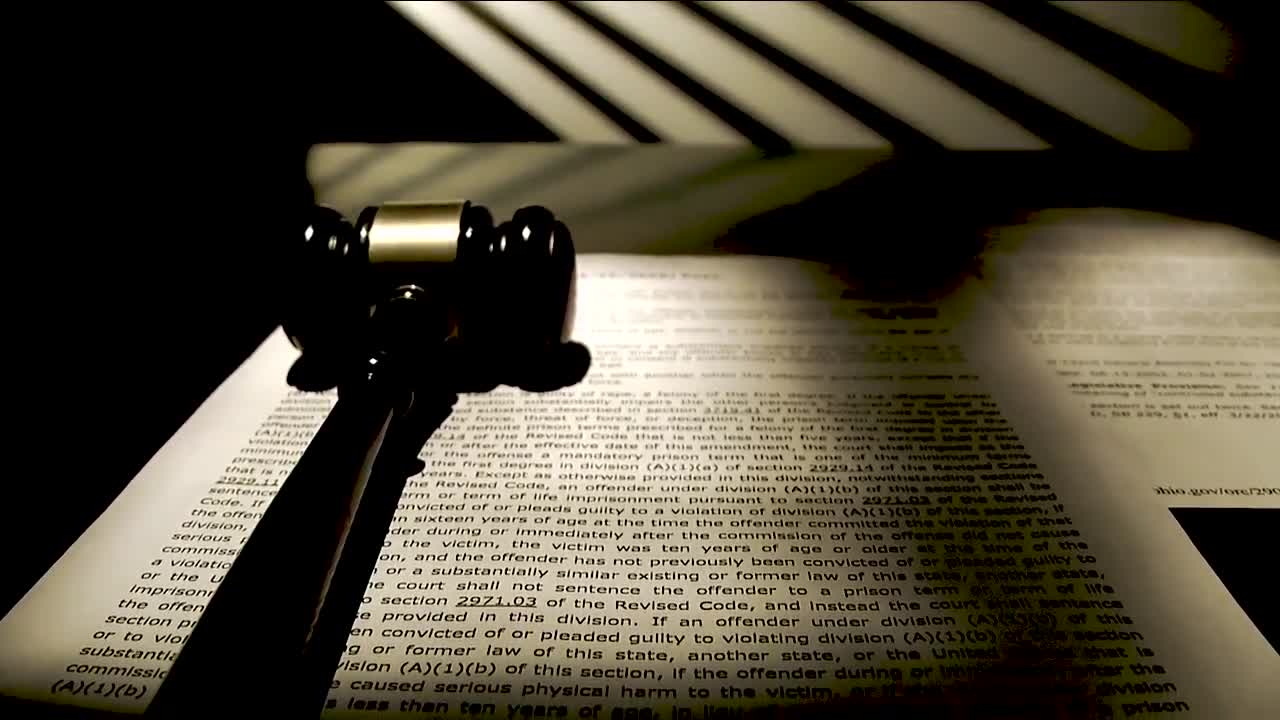 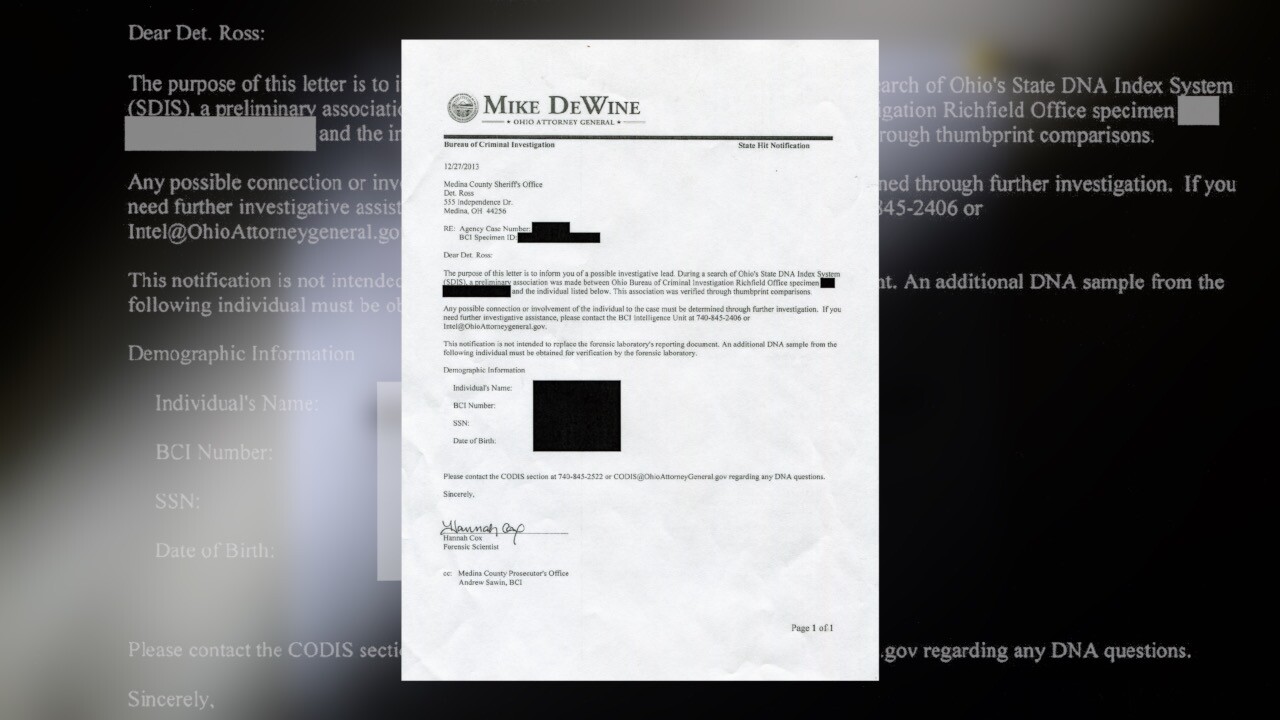 MEDINA COUNTY, Ohio -- In 1993, Jeanette Crabb was raped in a field. She immediately reported her attack and got a sexual assault kit. Twenty years later, her kit was finally tested and there was a DNA hit. But, no one told her about that hit, until WEWS investigators started asking questions.

“I was always a daredevil,” said Jeanette Crabb.

A single mom, the Medina, Ohio, resident would go camping, rock climbing and white water rafting with her three sons.

“I was very fit. I was very strong,” she said. “I felt invincible.”

Until one night, in August 1993, when she agreed to help a stranger.

Use the slider to see Jeanette Crabb before and after attack

Crabb was supposed to meet a friend that summer night. When the friend was a no show, Crabb walked out of Buddy’s, a now defunct bar in Brunswick.

As she walked to her car, a clean-cut, young man approached her.

“He said, 'Hey lady, I been trying to call my mom and I can't get through. Is there any way you could give me a ride? I just live right down the road,'” she said.

After the stranger climbed into her vehicle, he became very quiet. She didn’t think anything of it.

She drove south on Pearl Road in Medina for a few miles. Then, as the stranger instructed, she turned right onto Hamilton Road. Abruptly, the stranger told her to pull over.

Then, the polite, young man transformed into a monster.

“He said, ‘Get out!’" said Crabb. “We struggled quite a bit and tore up the interior of the car and broke things off… he did manage to get me out [of the vehicle]. Then, he proceeded to attack me and beat me. And I tried to fight back, but I just couldn’t,” she said. “There was nothing I could do. I was so overpowered.”

At one point, she managed to get away. She ran as fast as she could toward lights on the nearest road.

Then, he raped her.

After the attack, the man stepped away. Jeanette took the opportunity to escape.

This time, she made it to her vehicle.

“I jumped in and took off,” she said. “He did run after me, screaming ‘Lady! Lady!’ which I don’t know what he was thinking.”

She immediately drove to the Medina County Sheriff’s Department.

Detectives took her to the hospital to collect a sexual assault kit.

“They [detectives] said they got good evidence from that,” she said. “And that’s all I really heard about that.”

She moved on with life. She married, raised her sons and is now a devoted grandmother.

Yet, the effects of the sexual assault have remained.

"That one night was so profound it changed my personality,” she said.

“I went from being strong and confident and fearless to every decision being fear-based. What you wear, who you associate with, whether you go to the grocery store at night, if you go to the mall. Everything, everything changed," she said. "It changed me forever.”

Then, in 2012, Ohio Gov. Mike DeWine, who was then attorney general, called for testing of the state’s backlog of rape kits.

By the time it ended in 2018, the SAK initiative tested 13,391 kits. 5,024 kits hit to the Combined DNA Index System (CODIS) database, and 300 serial offenders were identified, according to the attorney general’s office.

There was a DNA hit on Jeanette’s kit.

No one told Jeanette.

The right to know

“Clearly someone decided that it was the best course of action to take,” said Thompson, who was elected in January 2017, more than three years after Medina County received a notice about the DNA hit from the state attorney general’s office.

“I won’t condone it in my office during my term,” he said. “I believe the victim has the right to know.”

So, after WEWS investigators called Thompson about Crabb’s case as part of their investigation, Thompson talked to Jeanette.

More than 25 years after her attack, she finally learned the name of the man who attacked her in a field all those years ago.

“Had we not heard from your folks, frankly, I can't imagine any reason the case would have ever been brought to my attention,” said Thompson.

Why did Medina officials keep a DNA hit on a rape kit a secret from a sexual assault victim?

It could be because those DNA results didn’t matter.

Like most states, Ohio has a statute of limitations for rape and other sexual offenses.

The law limits how long a person can face charges for a crime. In Ohio, the statute for rape currently expires after 25 years, with an additional five-year window for the discovery of DNA evidence.

In other words, the statute of limitations means no one can ever be charged or convicted for a crime after the statute runs out, even when there is new evidence, like a DNA hit.

In Jeanette’s case, her DNA evidence came back just four months too late.

“It makes me angry. I'm very angry,” said Jeanette. “This is a dangerous, violent person who gets to be free.”

When asked if he would prosecute her case if he could, Thompson said, “Yes. Absolutely.”

“It makes no sense to, to be able to have a sunset on such a violent crime,” he said.

Thompson could not even share the name of the convict on the DNA hit letter sent to Medina County because the suspect cannot be charged with the crime.

We only know the man still lives in Medina County, just like Jeanette.

WEWS also found Jeanette is not alone. Their investigation uncovered 61 more cases just like hers.

According to the Ohio Attorney General’s Office, there are 61 Ohio rape cases where no one can ever be prosecuted, despite DNA evidence discovered during the SAK initiative.

A stranger broke into her Akron home, suffocated her and sexually assaulted her in 1991.

Her four children were sleeping just feet away during the attack.

“He suffocated me,” she said. “Until I was close to death. I thought he was going to me kill me. It was terrifying.”

She stopped struggling. Eventually, he let her breathe.

Then, the stranger raped her.

When her sexual assault kit was tested as part of the OH SAK initiative, DNA linked her attack to a convicted rapist.

“It was, it was gut wrenching,” she said. “Especially when I saw his picture. I saw his rap sheet. I saw how violent he was.”

But it was too late to press charges. Just like Jeanette, for Mary Ellen, justice expired.

“I mean this was a violent crime where my children were home,” she said. “And he got away with it. “

After watching the story, he said, “My heart just breaks.”

“I would like to see the statute of limitations for rape eliminated,” said Yost. “We don’t have it for murder, and there is no basis, in my mind, for us to treat rape any less seriously.”

Ohio Sen. Nickie Antonio (D-Lakewood), who has been sponsoring similar bills for years, and Ohio Sen. Sean O’Brien (D-Bazetta) has introduced a bill to abolish both the statute of limitations for sex crimes and spousal exemptions for rape, sexual battery and other sex crimes.

Ohio Senate Judiciary Committee hearings on SB 162 started two weeks ago. Additional hearings are expected to be scheduled next month.

Yost said language in the current bill needs to be “strengthened,” but supports the ideas in the law.

“To say that we've locked the courthouse door and that that person can't get justice is just wrong,” said Yost.

“I can’t even imagine why there is a statute of limitations when DNA evidence is present,” Jeannette said. “There’s no reason to ignore that. That’s just being complacent.”

“The technology now is there to prove without a shadow of a doubt who these criminals are and it’s time for the law to catch up with the technology,” she said.

However, even if the bill passes, justice will remain expired for Jeanette.

The new law would not apply to old cases.

Still, she hopes lawmakers get rid of the law.

“We need to make the change now,” she said. “The victims don't get to go back. They can't go back to how they used to be. “

“When you're the victim of a violent rape,” she said, “it hurts forever.”

This story was originally published by Sarah Buduson and Mark Ackerman at WEWS.