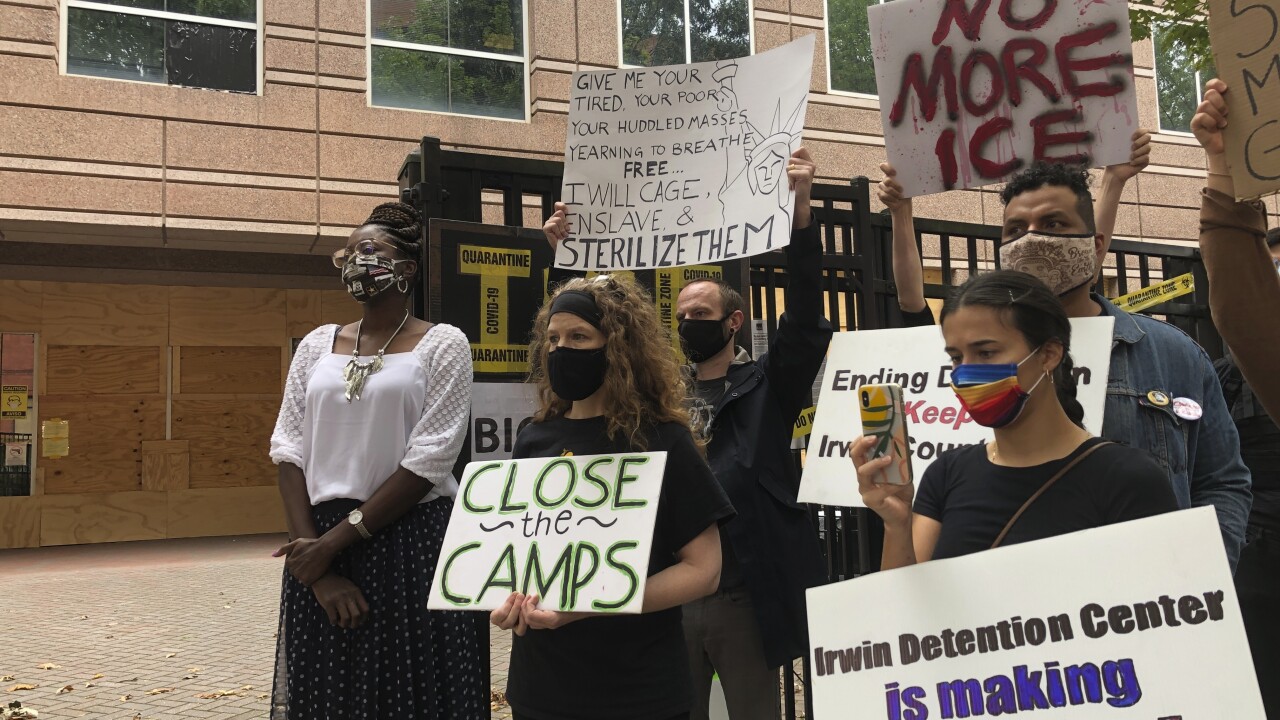 ATLANTA — Leading congressional Democrats are reacting furiously to lightly-substantiated claims that immigrants held at a detention center in Georgia are undergoing questionable hysterectomies.

Democrats seized on the most explosive allegations in her complaint, that a gynecologist called the “uterus collector” was performing “mass hysterectomies.”

A top medical official with U.S. Immigration and Customs Enforcement released a statement “vehemently” disputing the claims, according to the Washington Post, saying only two women have been referred for hysterectomies from the facility since 2018.

A follow-up news conference Tuesday in Atlanta provided little information to substantiate the claims. The nurse, Dawn Wooten, and her lawyers refused to release her full statement made to the Department of Homeland Security’s Inspector General. She also declined to take questions after making comments to the media.

Wooten worked full-time as a licensed practical nurse at the immigration detention facility until July, when she was demoted. She had missed some work because she had coronavirus symptoms, according to NBC. Wooten says she was demoted because she asked her superiors about the lack of COVID-19 testing and PPE at the facility.

The gynecologist is not named in Wooten’s whistleblower complaint. Multiple media outlets report women from the facility have been taken to a local doctor named Dr. Mahendra Amin.

Scott Grubman, a lawyer for Amin, said in a statement to the Washington Post that he was confident the doctor would be cleared of any wrongdoing.

“Dr. Amin is a highly respected physician who has dedicated his adult life to treating a high-risk, underserved population in rural Georgia,” Grubman said.

Amin has previously been accused by state and federal authorities of falsely billing Medicare and Medicaid in an investigation that ultimately led to a $520,000 settlement in 2015, according to the Department of Justice.

“If true, the appalling conditions described in the whistleblower complaint – including allegations of mass hysterectomies being performed on vulnerable immigrant women – are a staggering abuse of human rights,” House Speaker Nancy Pelosi, a California Democrat, said in a statement.