Deceased deer found with 15 pounds of trash in its stomach 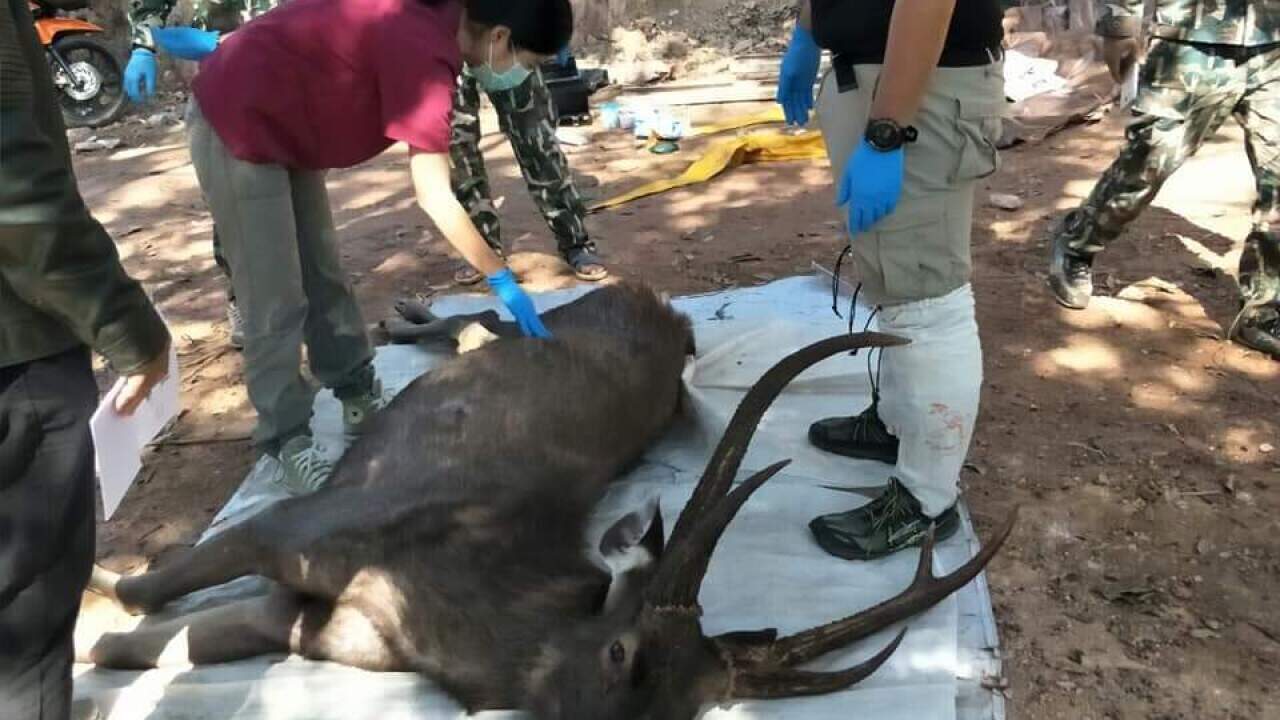 A deceased deer was found in Thailand with 15 pounds of trash in its stomach, the Department of National Parks, Wildlife and Plant Conservation wrote on Twitter.

The deer was found in the Khun Sathan National Park on Monday, AFP reported.

The deer had plastic bags, black bags, rubber gloves, hand towels, men's underwear and straw rope in its system at the time of its death.

The deer was roughly 10 years old at the time of its death.