Countries are not doing enough to keep Earth's temperature from rising to near-catastrophic levels, a UN report says 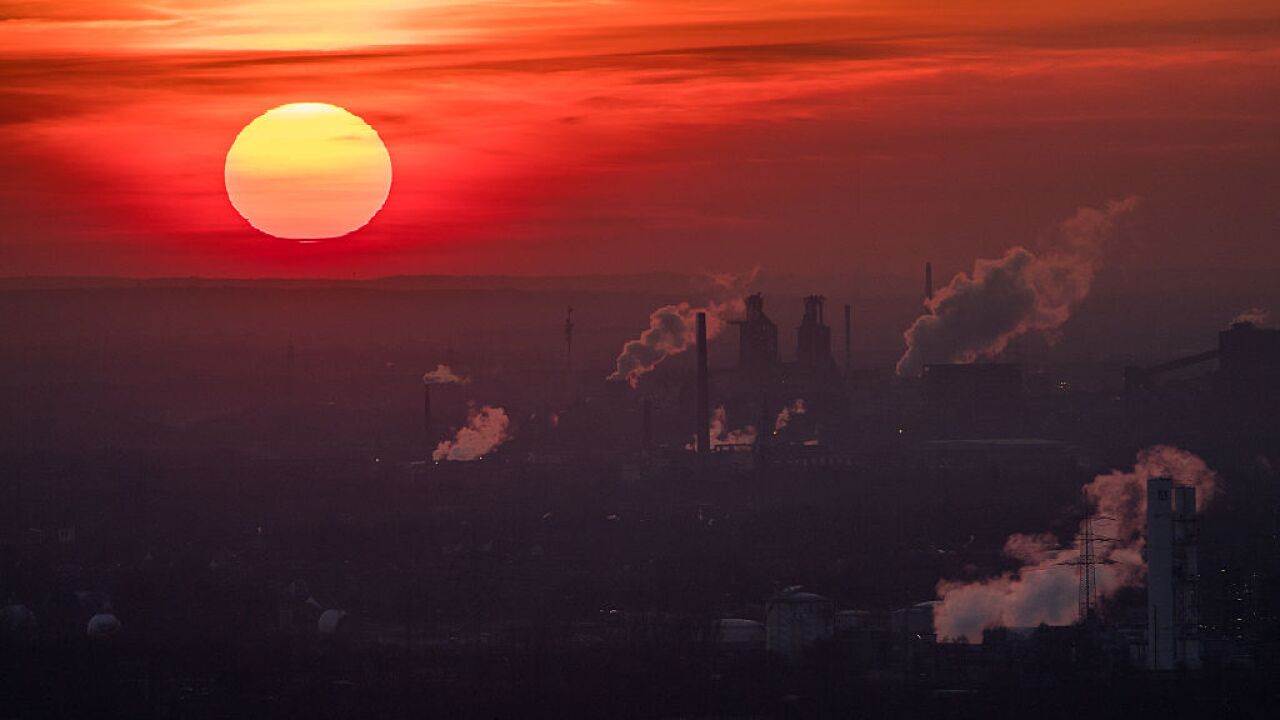 A new United Nations report paints a bleak picture: The commitments countries pledged to limit the climate crisis are nowhere near enough to stave off record-high temperatures. Delaying change any further will make it impossible to reach desired temperature goals.

The time for "rapid and transformational" change to limit global warming is now, the report says.

The UN Environment Program (UNEP) 2019 Emissions Gap report calls on countries to strengthen the commitments made in the 2015 Paris Agreement to stall climate change.

Current measures will not keep global temperature increases within the 1.5-to-2-degree Celsius range (a "safe" level to which temperatures can rise and not cause devastation, though 1.5 degrees is preferable), according to the report issued Tuesday.

Greenhouse gases reached a record high in 2018 with no sign of peaking, according to a World Meteorological Organization report released Monday. Carbon dioxide levels reached 407.8 parts per million, a unit used to measure the level of a contaminant in the air.

At the current rate, temperatures are expected to rise 3.2 degrees Celsius (5.8 degrees Fahrenheit) by 2100, the UNEP report states.

The changes the UNEP suggests are extreme: To get Earth back on track to the 1.5-degree goal, countries must multiply their commitment level, or the level at which they pledge to reduce their emissions, five times the current rates outlined in the Paris accords.

That means global greenhouse gas emissions must fall at least 7.6% every year to remove 32 gigatons of carbon dioxide from the atmosphere.

Incremental change is no longer enough to stall off the potentially devastating effects of a changing climate, the report's authors write.

What the world needs now, they say, is "rapid and transformational action."

September's UN Climate Action Summit saw some commitment from countries to advance their carbon neutrality efforts. But most of the G20 nations were visibly absent from the events, and their likely impact on emissions gap will be insufficient, the report said.

G20 countries account for 78% of global greenhouse gas emissions, but only five of 20 member countries have set a date to reach net-zero emissions by. Of those, only two have created legislation to enforce those goals.

The US leads G20 countries in per-capita emissions, excluding greenhouse gases from land use, at just above 20 tons of carbon dioxide per capita in 2018.

When it completes the withdrawal process in 2020, the US will be the only country in the world to not have signed onto the Paris Climate Accords.

And 2020 is a critical year for climate change: Countries will renegotiate their commitments at the UN climate change conference in Glasgow, but they'll have to take extensive action to avert a future crisis, said Anne Olhoff, the head of strategy in the UNEP's climate planning and policy division.

"They need to be significantly strengthened if we are to bridge or narrow the gap," she told CNN.

Some progress has been made in the years since the Paris Agreement: Six G20 member countries are projected to meet the commitments they made -- which means they have room to raise the ceiling for carbon removal even higher.

But drivers like economic growth, which is substantially higher than what was initially expected when the Paris Agreement was created, and population growth have "more than outweighed good progress made on climate action," she said.

The report outlines some essential changes to chip away at emissions, including decarbonizing transport. Few countries have sufficient policies and actions in place to achieve this measure, Olhoff said, but establishing vehicle emission standards and investing in public transportation that runs on electricity are possible, if expensive, steps toward it.

Pricing carbon -- making major polluters pay for their emissions -- provides an incentive for major emitters to reduce their output.

It's often calculated from the price they extract from the public in terms of environmental damage or health care costs, though the countries that have already implemented this measure would need to hike up the cost, per the report.

"There's really no big argument for not going full-force at renewable energy," she said.

Environmental recalibration will require fundamental structural changes across most of the world, the report acknowledges. It won't be cheap.

Climate policies consistent with the 1.5-degree goal could cost up to $3.6 trillion per year globally, according to the UNEP. But the cost likely outweighs the consequences of inaction.

The adaptations humankind would need to make to survive in a world where temperatures have risen more than 1.5 degrees Celsius would seriously damage the global economy and reduce food security and biodiversity, according to the report.

What's more, delaying action further would force global powers to remove carbon dioxide from the atmosphere at a magnitude that current technology and resources haven't caught up with yet, the report warns.

"Climate protection and adaptation investments will become a precondition for peace and stability," the report's authors write, and will require "unprecedented" efforts to transform nearly every sector of society.

There's growing demand from the public to see those changes implemented, Olhoff said. The difficult part is executing change in such a way that doesn't disrupt society completely.

It's worked for some: Olhoff offered South Africa as an example, as it's made gradual but important progress in phasing out coal power plants. But in India, where coal leads the energy market and powers the economy, a change that drastic would result in social upheaval.

"If we want to be serious about limiting global warming, we need to act now and we need to take it seriously," she said.