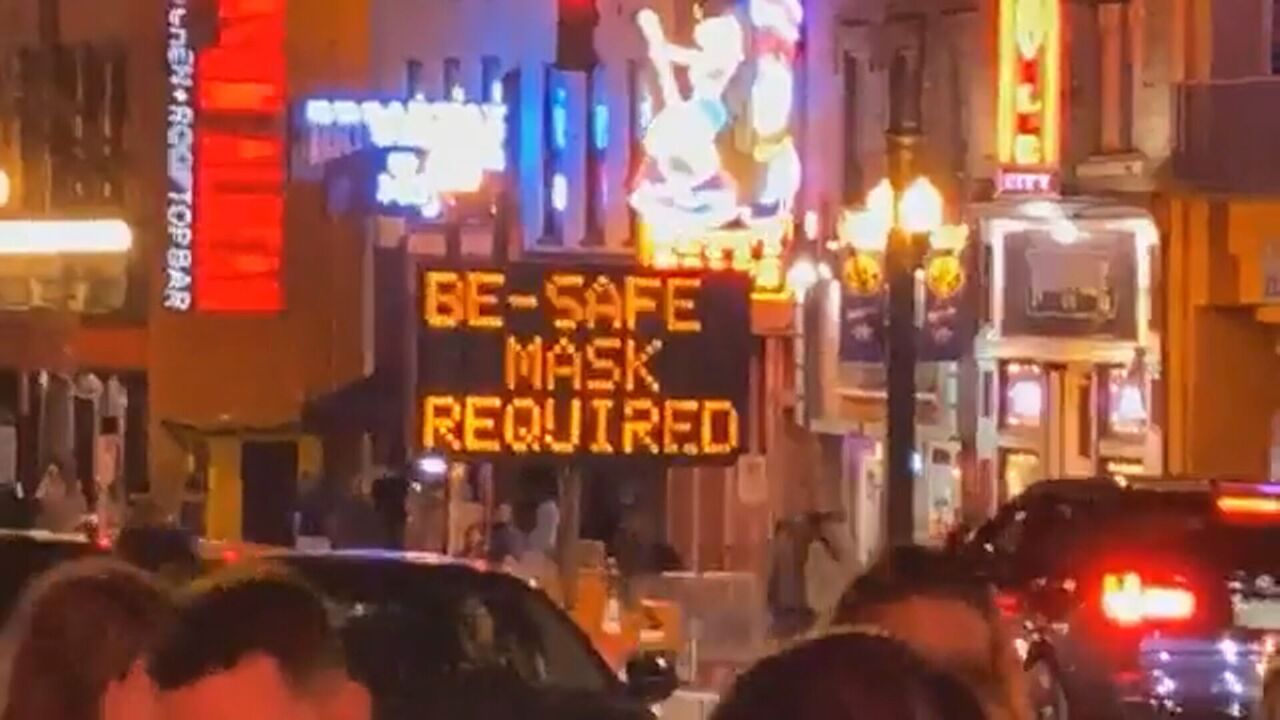 (FILE) A sign on Lower Broadway reminds the public of Metro's mask mandate in order to slow the spread of COVID-19.

NASHVILLE, Tenn. (WTVF) — A 61-year-old man was arrested for violating a public health order that requires people to wear face masks in Nashville.

According to his arrest affidavit, Joseph Bryant was issued a citation for not wearing a mask around 6:40 p.m. Wednesday. About an hour later, the police report states an officer saw Bryant again in the same area. Again, he wasn't wearing a mask.

According to the arrest report, the officer said he chose to arrest Bryant because "of the obvious likelihood the offense would continue."

Bryant was booked into the Davidson County Jail on $500 bond.

As more and more states and municipalities adopt mask mandates, many have questioned how they will be enforced.

This story originally reported by Bethany Davison on newschannel5.com.