California to house transgender prisoners in facilities based on gender identity 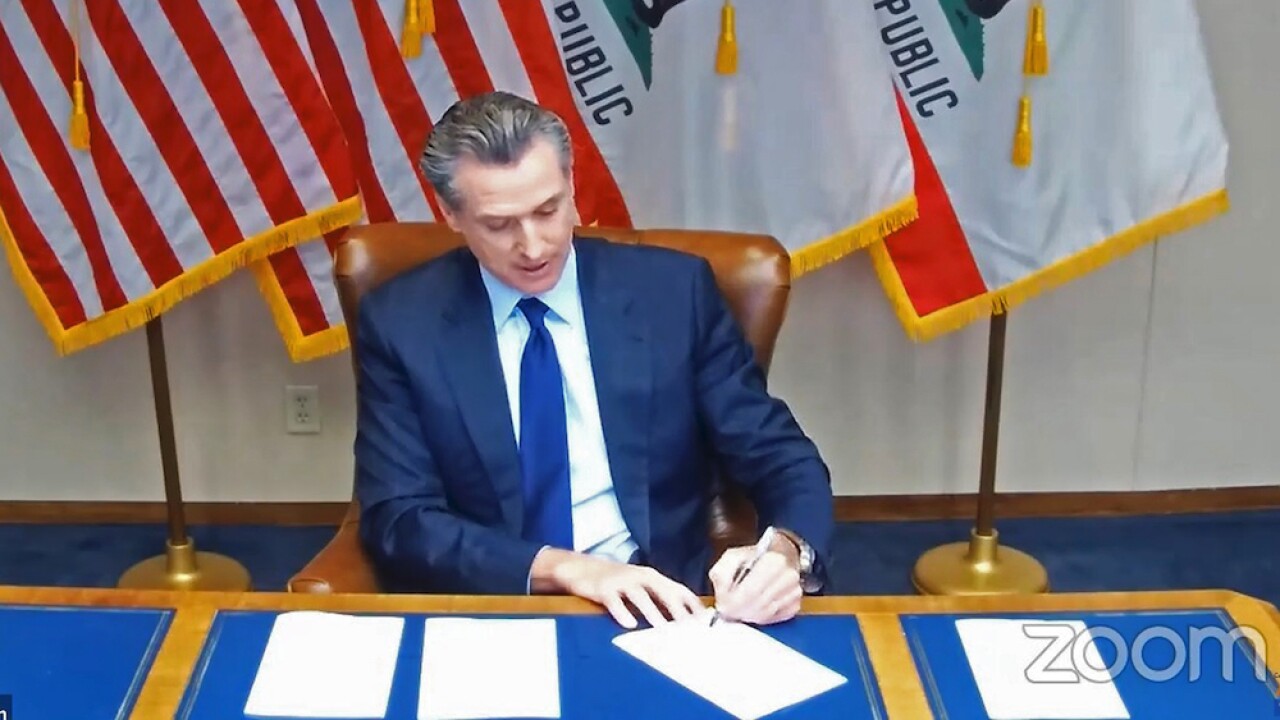 Zoom
AP
In this image taken during a video broadcast via Zoom, California Gov. Gavin Newsom signs a law on Friday, Sept. 25, 2020, in Sacramento, Calif., that for the first time defines “medical necessity," a move aimed at requiring private health insurance plans to pay for more mental health and drug addiction treatments. (Zoom via AP)

California Gov. Gavin Newsom signed a bill Saturday that allows transgender inmates to be housed in jails or prisons based on their gender identity.

SB 132 says that during the initial intake process, the California Department of Corrections is required to note each incoming inmate's gender identity, whether they identify as "transgender, nonbinary, or intersex" and the inmate's gender pronouns. The inmate will then be sent to an appropriate facility based on their gender identity.

The state cannot deny an inmate's request solely based on their anatomy or sexual orientation. However, ABC News reports that the state can deny requests if the inmate poses a "management or security concern." In that case, the state must provide the inmate with a written statement explaining their decision and give the inmate an opportunity to object.

Previously, inmates were sent to facilities based on their birth gender. A 2009 study by the University of California, Irvine found that transgender inmates in the state were 13 times more likely to be sexually assaulted than an average inmate. A separate federal study done between 2011 and 2012 found that about 12% of non-heterosexual inmates reported being sexually victimized — a rate about 10 times higher than those of heterosexual inmates.

According to ABC News, transgender women housed in facilities for men are among those most at risk of being assaulted.

"It's just a false narrative about transgender people and about transgender women in particular that they're somehow not really women and are just trying to scam their way into women's bathrooms or facilities in order to do bad things," State Sen. Scott Wiener, who authored the bill, told The Associated Press. "Overwhelmingly the people who are being victimized are trans people."

"California has some of the strongest pro LGBTQ+ laws in the nation and with the bills signed today, our march toward equality takes an additional step forward," Newsom said in a statement. "These new laws will help us better understand the impacts of COVID-19 on the LGBTQ+ community, establish a new fund to support our transgender sisters and brothers and advance inclusive and culturally competent efforts that uphold the dignity of all Californians, regardless of who you are or who you love."

According to CNN, Connecticut passed a similar law in 2018.