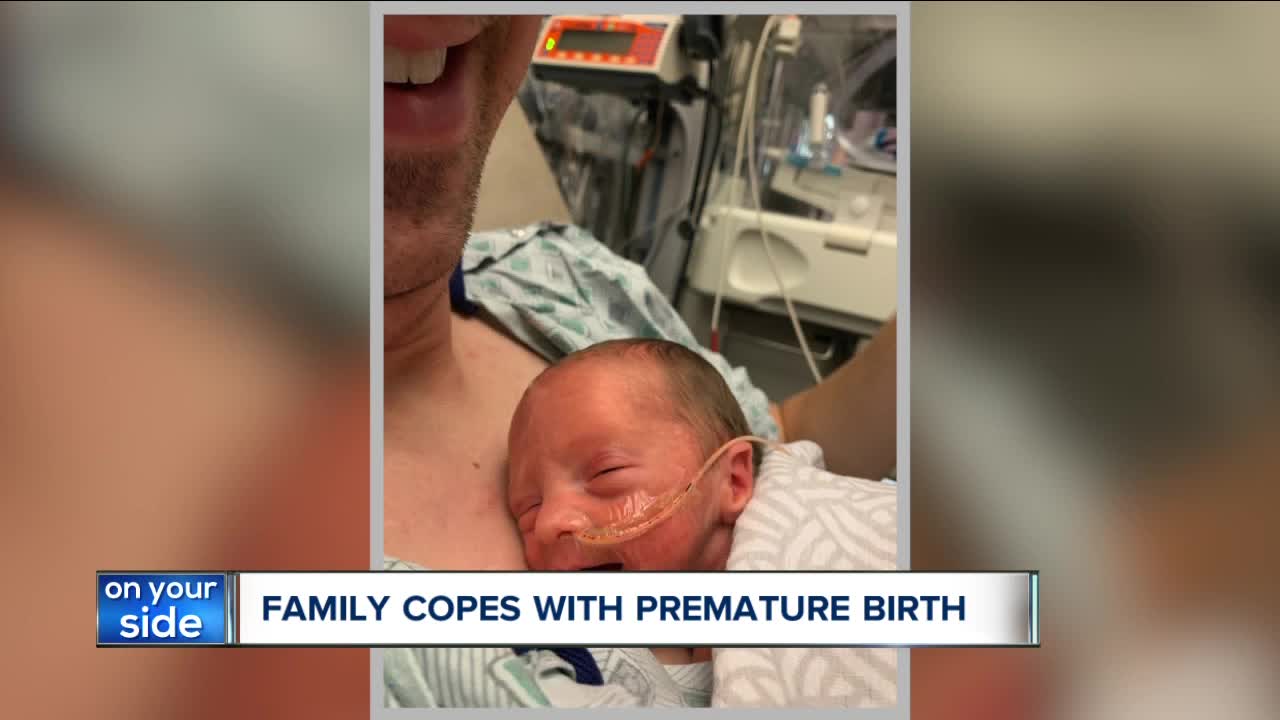 A California couple flew to Cleveland for a family wedding and tacked on a baby shower as well to celebrate the upcoming birth of their first child. But the baby shower turned into a birthday celebration when their child was born 11 weeks early. 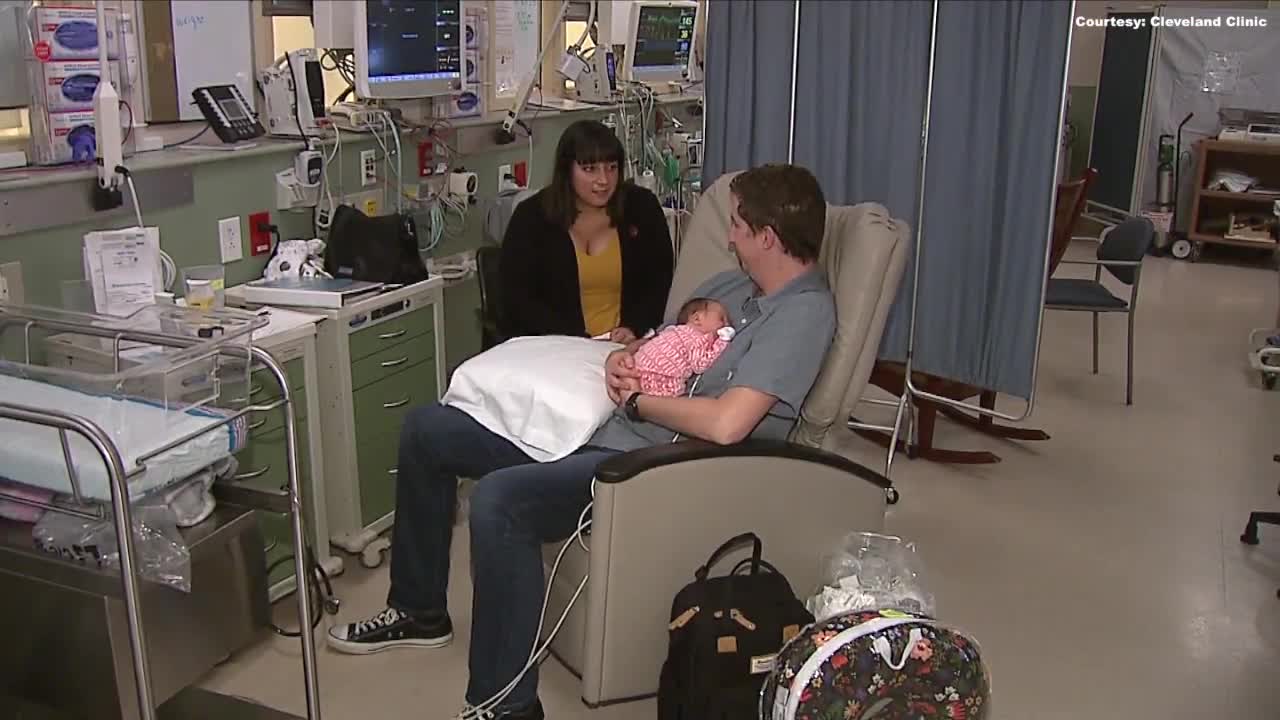 From San Fran to Cleveland, a California couple never dreamed their Labor Day Weekend visit back home would include actual labor.

Alex and Christian Skoch grew up in Cleveland and now call the San Francisco Bay area home. They flew back for a family wedding and tacked on a baby shower as well to celebrate the upcoming birth of their first child.

But the baby shower turned into a birthday celebration.

Mariella was born 11 weeks early. At 29 weeks, she weighed barely three pounds. She needed help breathing for a bit, but grew stronger by the day, and was discharged after 47 days in the NICU at Cleveland Clinic's Fairview Hospital.

We decided it would be best for the baby if we talked with the Skoch family over Facetime since it's cold and flu season.

Alex Skoch said she was perfectly healthy throughout her pregnancy; no red flags and she had no idea she was in labor.

She said she woke up that morning with some spotting and light cramps. She called her doctor in California who told her it was probably nothing serious, but best to go get checked out.

"When I showed up at Fairview the laborists said that I was seven centimeters dilated," explained Alex Skoch.

She had a cesarean two hours later.

“We don't have a great understanding about why all babies are born prematurely,” said Dr. Allison Peluso, Mariella’s neonatologist at Cleveland Clinic.

Doctor Peluso said there are known risk factors, but more research is needed.

Last year, one in every 10 U.S. babies was born early. It is a troubling rate that's risen for the past four years. It is especially high among African American women; about 50% higher than the preterm birth rate among white women.

"If you think something feels wrong, or you need extra help, please call your provider," advised Dr. Peluso.

Alex Skoch is grateful she did. She also encourages women to listen to their bodies and trust their instincts.

“Had I not called the doctor and gone in and gotten evaluated, something worse could've happened,” she said. “I could've been on an airplane going back home!”

Home for the holidays has taken on new meaning for the Skoch family.

They are grateful for the little things and finding humor in life's unexpected game plan.

"Later on we're going to remind her she chose to be a Browns fan because she chose to be born here,” laughed Christian Skoch. “There's no getting around that now,” added Alex Skoch.

This article was written by Katie Ussin for WEWS.