Big wins at the AMA awards 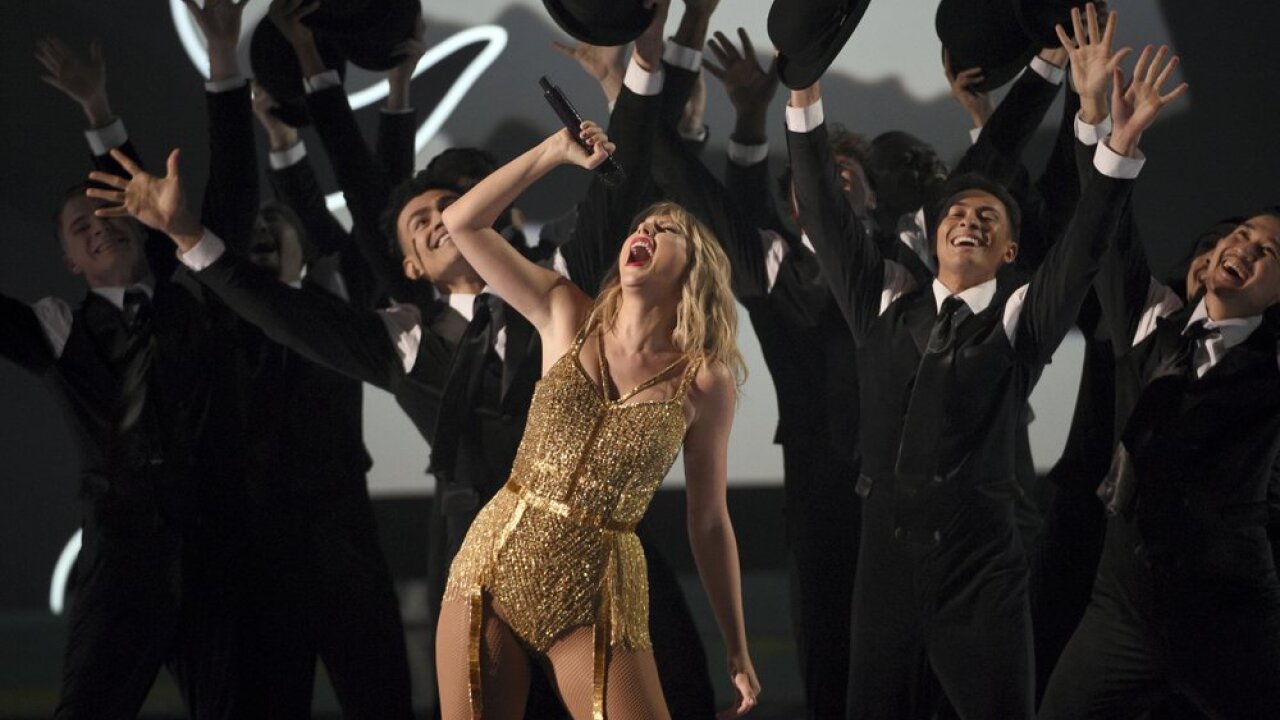 Taylor Swift has moonwalked past Michael Jackson’s record at the 2019 American Music Awards, taking home six honors including artist of the year and artist of the decade.

The pop star, who walked into Sunday night’s show with 23 AMAs, surpassed the King of Pop’s 24 wins at the fan-voted show. She rambled onstage as she won the final award of the night — artist of the year — and repeatedly thanked her fans for always showing up — during both the good and bad times.

“This year has been a lot of good, a lot of really complicated, so behalf of my family and me, thank you so much for being there and caring,” said Swift, who now has 29 AMAs.

Taylor Swift.It was a family affair at the AMAs: Swift’s father and teary-eyed mom sang along as the singer performed a medley of her hit songs — a performance Swift said in a Nov. 15 social media post was put in jeopardy by Scott Borchetta and Scooter Braun, the owners of her master recordings.

She didn’t mention the men during her acceptance speeches at the Microsoft Theater in Los Angeles, but this did thank her new label for allowing her to freely express herself as an artist.

“This album really felt like a new beginning, and I also really love my record label, Universal and Republic. Monte Lipman, Lucian Grainge, thank you for being so generous to me and allowing me to make whatever music I want to make,” Swift said after winning favorite pop/rock album for “Lover,” her first album not released on Borchetta’s Big Machine Label Group. “As a songwriter it’s so thrilling to me that I get to keep doing that.”

Swift’s other wins include favorite female pop/rock artist, favorite adult contemporary artist and favorite music video for “You Need to Calm Down.”

Other big winners at the AMAs included Khalid and BTS — neither act attended the show but won three prizes.

Billie Eilish.Billie Eilish picked up two awards — new artist of the year and favorite alternative artist. She also took the stage — surrounded by fire — to perform her song, “All the Good Girls Go to Hell.”

Lizzo, who was nominated for three honors but walked away empty handed, screamed at the top of her lungs while performing the ballad “Jerome,” one of several songs from her album that earned her a leading eight Grammy nominations.

Christina Aguilera was a vocal powerhouse when she took the stage alongside A Great Big World and rock icon Ozzy Osbourne — who has been recovering from a bad fall that took place earlier this year — was a highlight as he performed with Post Malone and Travis Scott.

Shawn Mendes and Camila Cabello heated up the stage as they stood close together while singing “Senorita,” staring in each other’s eyes as they sang from one microphone at times. They even rubbed noses at the end.

Selena Gomez kicked off the AMAs as Swift and Halsey got out of their seats to cheer their pal on. R&B singer Ciara hosted the show, which aired live on ABC.