At least 3 hurt in partial building collapse in Cincinnati 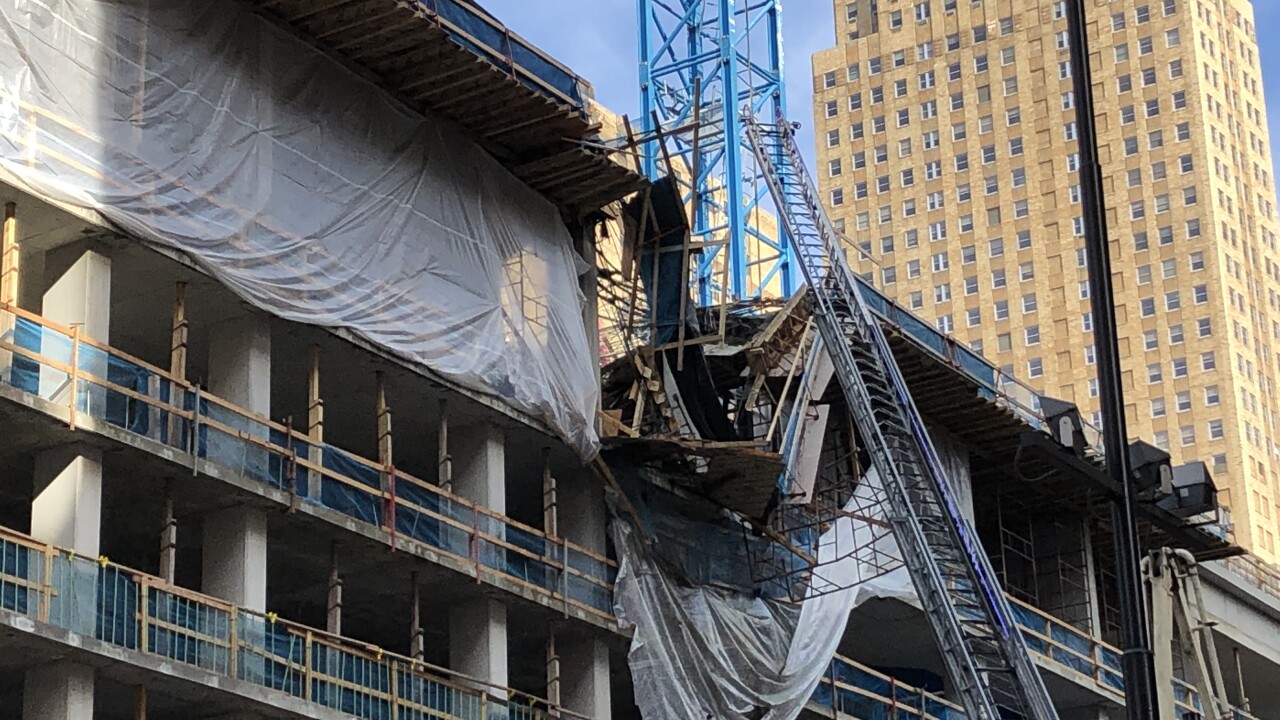 CINCINNATI, Ohio — First responders transported at least three people and are searching for more victims after a development partially collapsed in downtown Cincinnati Monday afternoon, according to Cincinnati police and fire.

Three contractors working on the fifth floor of the 4th and Race Street development were injured after crews on the floor above them poured three feet of concrete, which caused part of the building to collapse, according to Chief Roy Winston.

The collapse occurred at about 1:15 p.m. As of 2:30 p.m., crews were still chipping at concrete, searching for potential victims.

Crews have been chipping away at concrete for about an hour now, looking for potential victims at a partial collapse at a 4th and Race Street development. Officials say three are injured, more could be trapped. | Aerial photos via @WCPOChopper9 @WCPO https://t.co/BLn1mNHwRG pic.twitter.com/nmAsr7jpr1

First responders transported two of the contractors to the University of Cincinnati Medical Center; they transported the other worker to Christ Hospital.

Their injuries range from minor to serious, Winston said, but all three workers were stable as of 2 p.m. Monday.

The building, which is under construction, is a 3CDC project, according to Vice President of Marketing & Communications at 3CDC Joe Rudemiller. Turner Construction is the contractor.

Farr said it’s too early to tell what contributed to the collapse, and the company’s primary concern “is the well-being of any injured co-workers."

"Earlier today at the Fourth and Race Street project, a section of temporary concrete form work collapsed during a concrete pour on the sixth floor," the company said. "We are aware of injuries to three workers. First responders were called and all construction activity was halted. First responders provided immediate care and the injured workers were transported to nearby hospitals. Recovery efforts are ongoing. Counseling services will be made available to all workers on site. We work extremely hard to prevent days like this and our thoughts are with the injured workers and their families."

When completed, the $44 million mixed-use development will consist of a 584-space parking garage, 22,000 square feet of commercial space and 264 apartment units.

All Metro bus stops on 4th Street between Vine Street and Central Avenue are closed.

Structural engineers were on scene Monday afternoon; crew said the cranes above the street are stable, Winston said.

This story was originally published by Abby Dawn at WCPO.