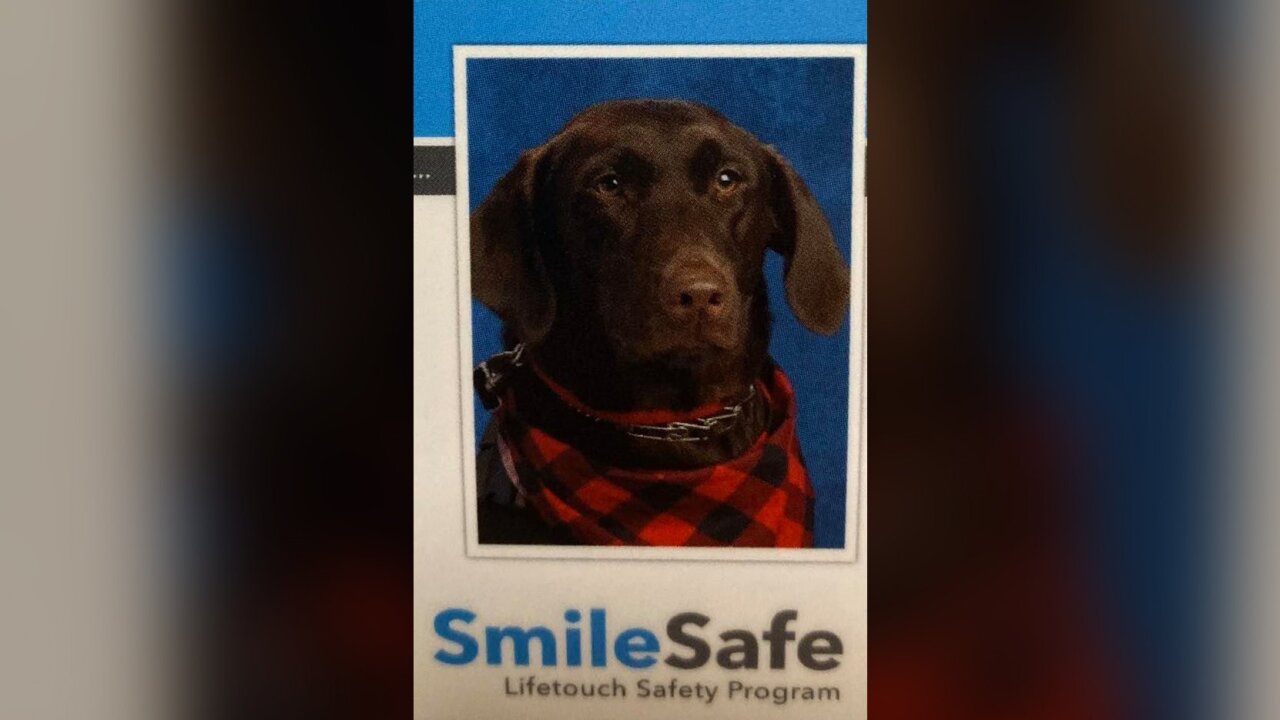 GRAVETTE, Ark. -- Tosha is an obedient student and a friendly face around the halls of Gravette Upper Elementary in Arkansas. She's also got four legs, a wagging tail and an important job to do.

The beloved service dog scored her own spot in the school yearbook for being an integral part of school life. To students and staff, she's just a furrier classmate.

Faculty initially joked about giving Tosha a place in the book alongside human students, Principal Mandy Barrett told CNN. They didn't expect her to actually sit, stay and strike a perfect pose for the camera.

Don't be fooled by her puppy-dog eyes -- Tosha is a sweet and respectful pup, but she's got serious work to do , Barrett said.

Tosha comes to school to protect a fifth-grader who has frequent seizures. Earlier this week, she barked to alert school staff the student was seizing, and within minutes, medical personnel were on scene to help, the principal said.

"It was just one of those moments -- this is why she's here," Barrett said.

Anyone with a pulse would want to overwhelm Tosha with snuggles, most of all young children. That's why Tosha's trainer taught every student how to treat her while she's on the job, and Barrett said they've taken it quite seriously.

"Every student took ownership in Tosha," she said. "They're learning such life lessons from this dog."

She'll be sorely missed around Gravette Upper Elementary when her fifth grade owner graduates onto middle school and takes her with him. But now she'll occupy a permanent space in school history -- and certainly, in everyone's hearts.