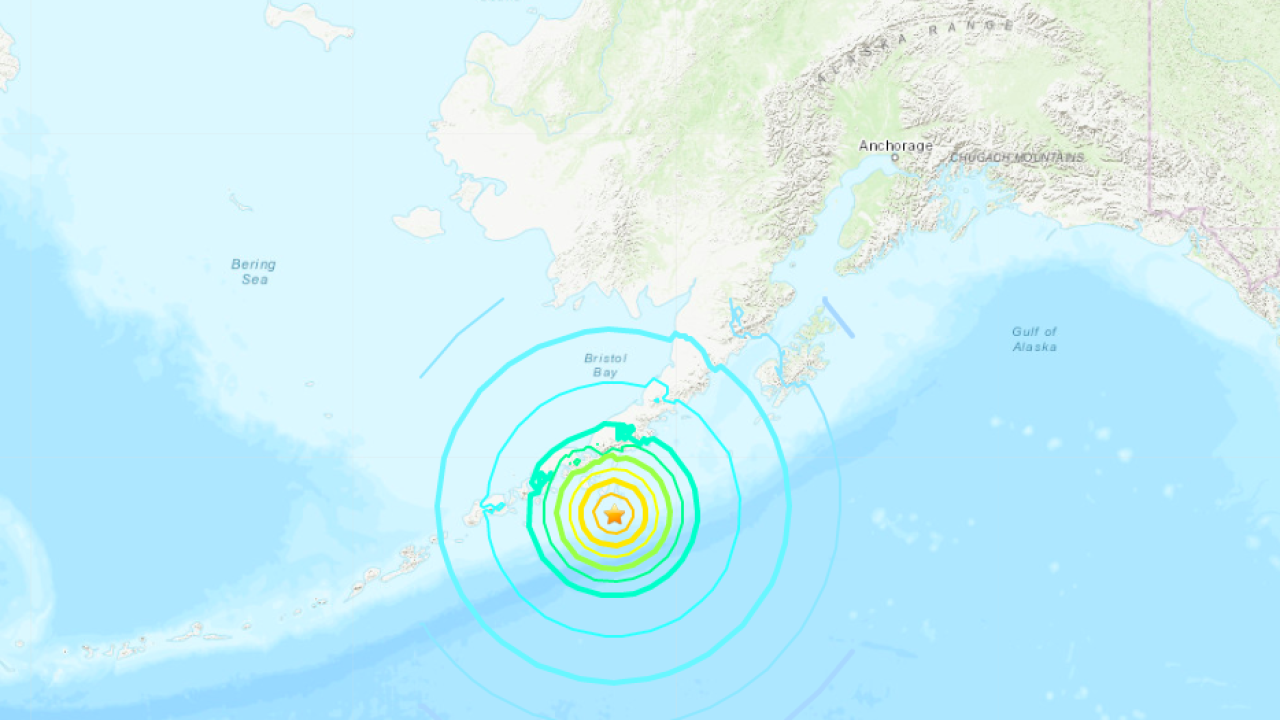 A large earthquake has been reported off the southern coast of Alaska Monday afternoon.

It triggered tsunami warnings along the Alaskan Peninsula coastline, according to the U.S. Tsunami Warning System. The tsunami warning does not stretch south to Canada or the rest of the US west coast at this time.

The epicenter of the quake is roughly 55 miles south of the town of Sand Point on the Alaskan Peninsula, south of a national wildlife refuge. This is about 600 miles southwest of Anchorage.

The Alaska Earthquake Center reports a few aftershocks in the area, of roughly 5.0 magnitude.