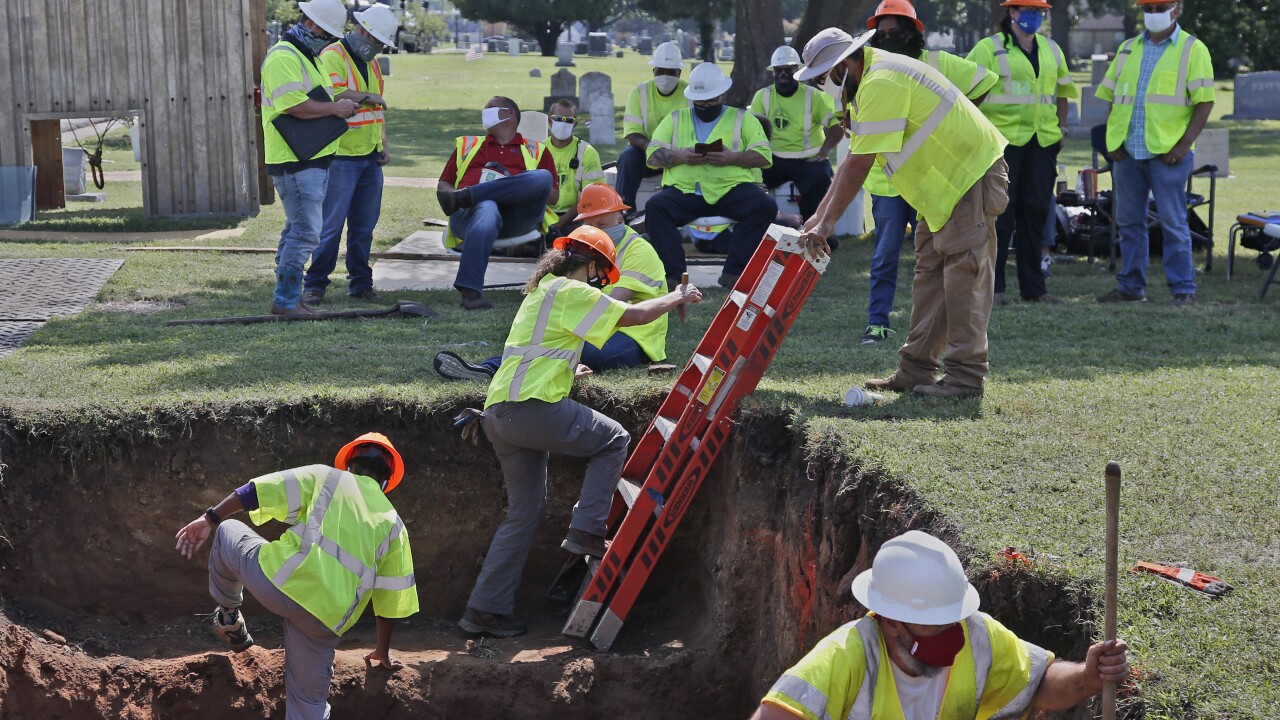 Sue Ogrocki/AP
FILE - In this July 14, 2020, file photo, workers climb out of the excavation site as work continues on a potential unmarked mass grave from the 1921 Tulsa Race Massacre, at Oaklawn Cemetery in Tulsa, Okla. A second excavation begins Monday, Oct. 19, 2020, at a cemetery in an effort to find and identify victims of the 1921 Tulsa Race Massacre and shed light on violence that left hundreds dead and decimated an area that was once a cultural and economic mecca for African Americans. (AP Photo/Sue Ogrocki File)

OKLAHOMA CITY -- A second search for Black victims of the 1921 Tulsa Race Massacre is to begin in a cemetery.

Forensic anthropologist Phoebe Stubblefield is assisting in the search and is a descendant of a massacre survivor.

She said the goal is to identify victims, notify their descendants and shed light on the violence.

A similar excavation in the cemetery in July found no remains.

The violence happened on May 31 and June 1 in 1921, when white residents attacked Tulsa’s Black Wall Street. An estimated 300 were killed and 800 wounded.

The area that had been a cultural and economic mecca for African Americans was decimated.