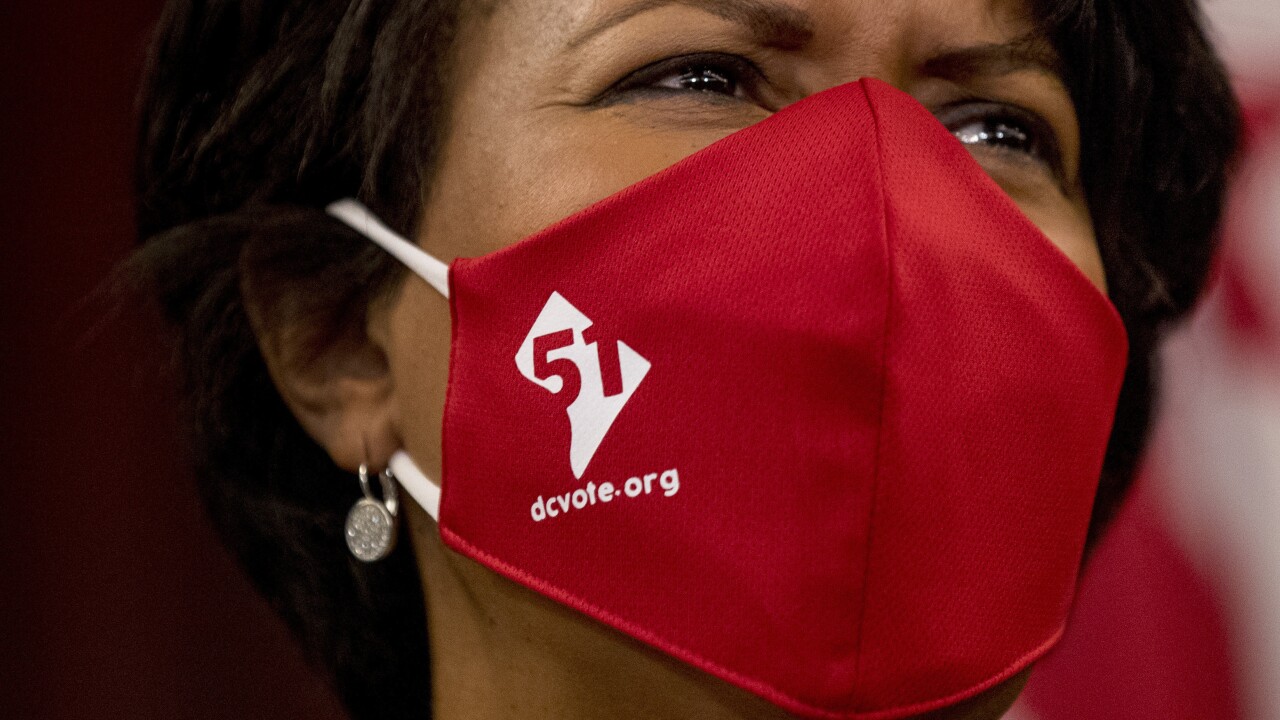 Andrew Harnik/AP
FILE - In this June 16, 2020, file photo District of Columbia Mayor Muriel Bowser wears a mask with the number 51 over a map of the District of Columbia during a news conference on D.C. statehood on Capitol Hill in Washington. Bowser must pull off a public juggling act as the city budget becomes a battleground for the country's debate on overhauling law enforcement. (AP Photo/Andrew Harnik, File)

WASHINGTON -- Muriel Bowser’s national profile had never been higher, thanks to a Twitter beef with President Donald Trump and a renewed push to turn the nation’s capital into the 51st state.

Now, Washington's mayor must pull off a public juggling act as the city budget becomes a battleground for the country's debate on overhauling law enforcement.

An activist collective led by Black Lives Matter is trying to capitalize on shifting public opinion, with demands include major cuts in funding for the police department.

Conservatives label Bowser a radical riot-supporter, and the Democrat must thread the needle, with Black Lives Matter and the White House watching her every move.