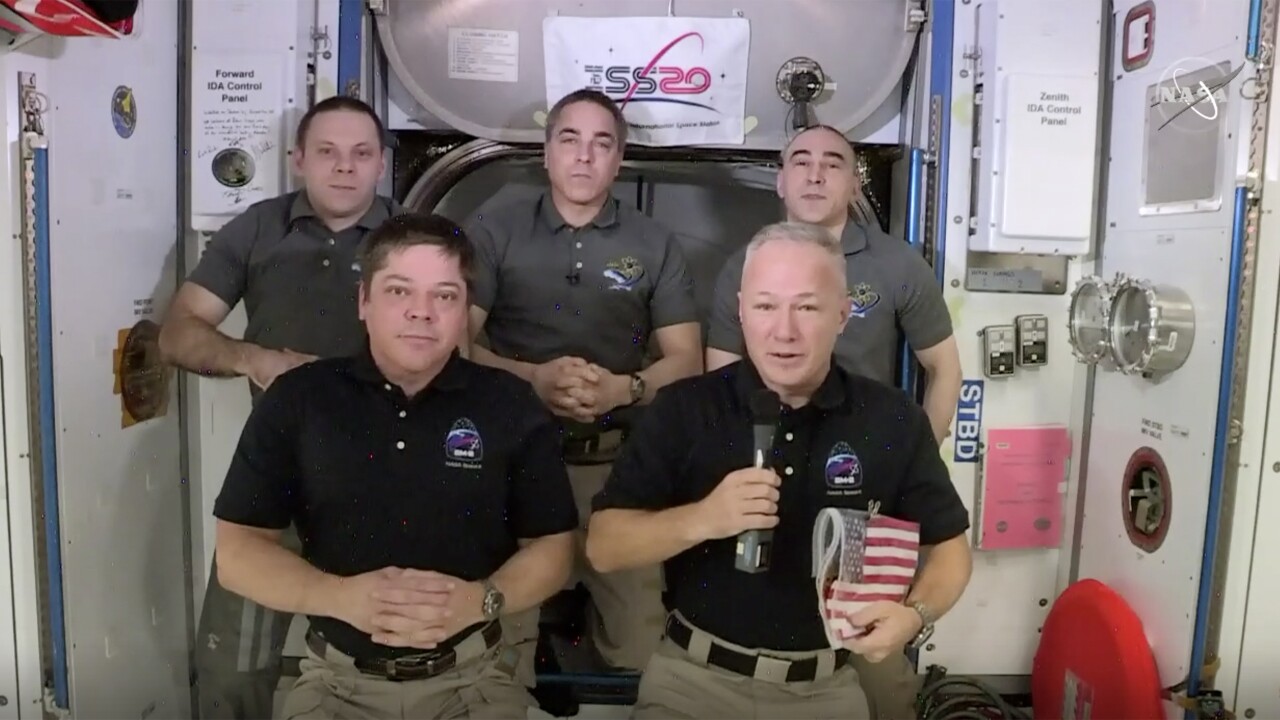 CAPE CANAVERAL, Fla. -- A pair of NASA astronauts face the final and most important part of their SpaceX test flight: returning to Earth with a rare splashdown.

Doug Hurley and Bob Behnken took part Saturday in a farewell ceremony at the International Space Station, hours ahead of their planned departure on a SpaceX Dragon capsule.

NASA says despite approaching Hurricane Isaias, the weather looks favorable for a Sunday afternoon splashdown in the Gulf of Mexico near Pensacola, Florida, the new prime site.

It will be the first splashdown for astronauts in 45 years.