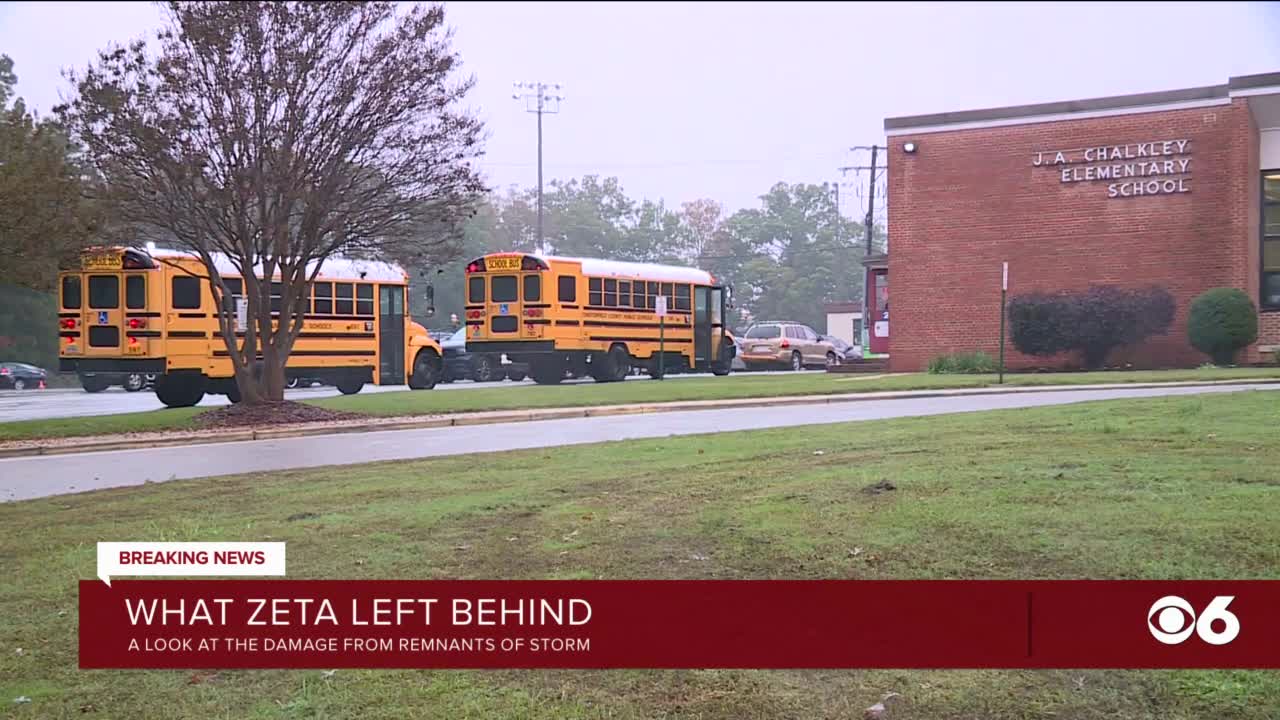 Julie Kratzer, a mother to two Chesterfield County Public School students, said she was notified of the 3-hour early dismissal less than an hour after dropping her children off for school.

It was her 4th grader’s first day back in the classroom.

“I dropped them off at 7:30 this morning and I got a text at 8:20 that school was going to close early. So, that was a little shocking. But honestly my kid would’ve been so mad if it had been canceled completely,” Kratzer explained.

The school system was concerned about the existing wind advisory between noon and 4 p.m. The potential for wind gusts between 40 and 50 miles per hour may have threatened school buses that would be on the road during normal dismissal times.

Kratzer said it was a good call to dismiss classes early.

“It was literally my very first day in many, many months to not have both kids, but that was a little impacted. I was able to have the ability to leave,” she explained. “For a lot of parents they don’t have that luxury to just be able to leave so I’m sure it was tough on a lot of people.”

The ongoing COVID-19 pandemic forced administrators and teachers to change how they dismiss students.

“The kids used to all be in the cafeteria. They would just call out a number and that kids stands up and goes to the car,” Kratzer stated. “Now, since they don’t want them all in the same room for safety they’re in their classrooms. So the teachers have to find our number, radio that to the office, then the office has to call the room and send the kid — and depending on where that room is in the school the kid has to make their way. It definitely takes some time for the kids to get used to the process.”

Middle and high school students, also known as cohort 4, will return to in-person learning at Chesterfield schools on November 9.