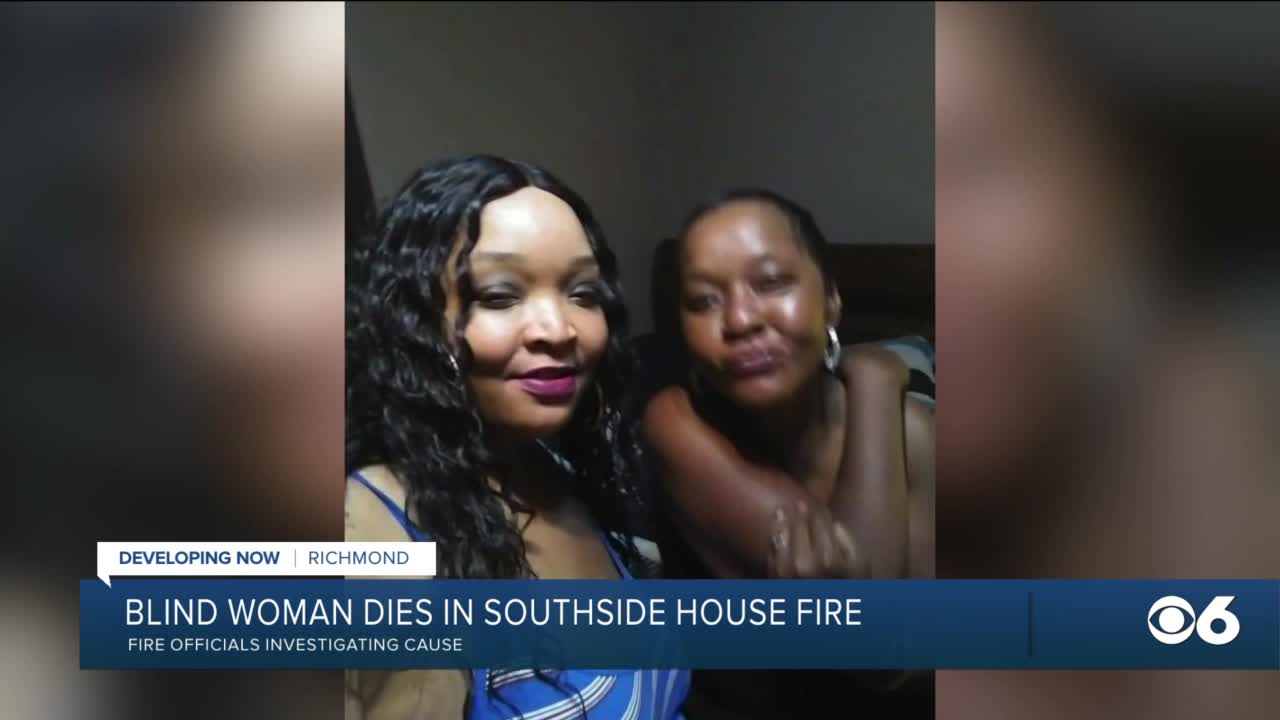 A woman died from her injuries after she was pulled from a burning home on the city's Southside Friday morning, according to Richmond Fire officials. 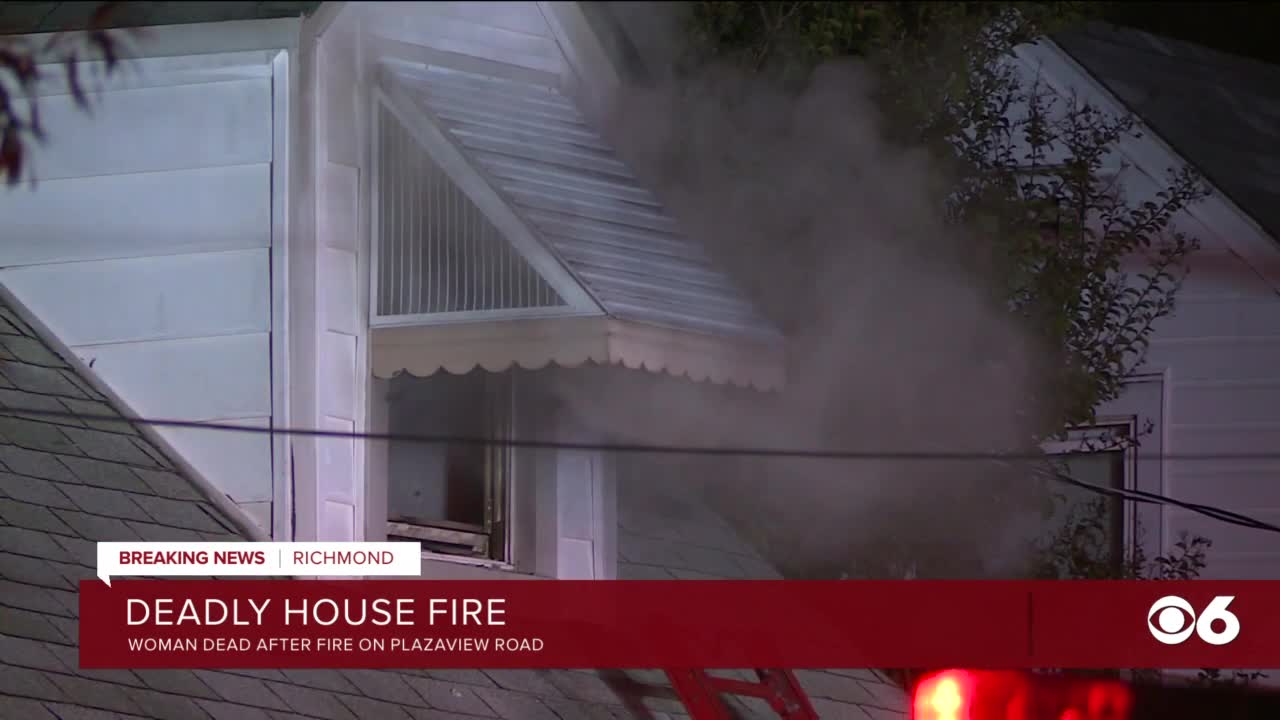 RICHMOND, Va. -- A woman died from her injuries after she was pulled from a burning home on the city's south side Friday morning, according to Richmond Fire officials.

Lieutenant Chris Armstrong with the Richmond Fire Department said firefighters received a 911 call from the woman trapped inside a home on Plazaview Road around 1:42 a.m.

When firefighters arrived five minutes later, they found a man was able to get out of the home safely, but the woman was still trapped inside.

Eventually, the woman, who firefighters said was blind or visually impaired, was taken from the home and sent to the hospital with severe burns and smoke inhalation.

She later died of her injuries.

"Beautiful spirit. We were very close. We grew up together. And in 2018 we just lost our mom from cancer. We have Retinitis Pigmentosa which is a disease that helps inhibit your vision at night. So the fact that she was in that burning house trying to feel her way around... It's terrible," said Shene's sister Jolinda Dickens.

Neighbors are also mourning the loss after the early morning fire.

"I heard her one good time. She said 'I couldn't breathe.' And that was it. I didn't hear nothing else. It's just really sad. It just makes you want to go check on your neighbors even if you don't know you know," said one neighbor.

Shene's family has set up a GoFundMe page to help with burial costs.

Investigators are working to determine the cause of this fire.