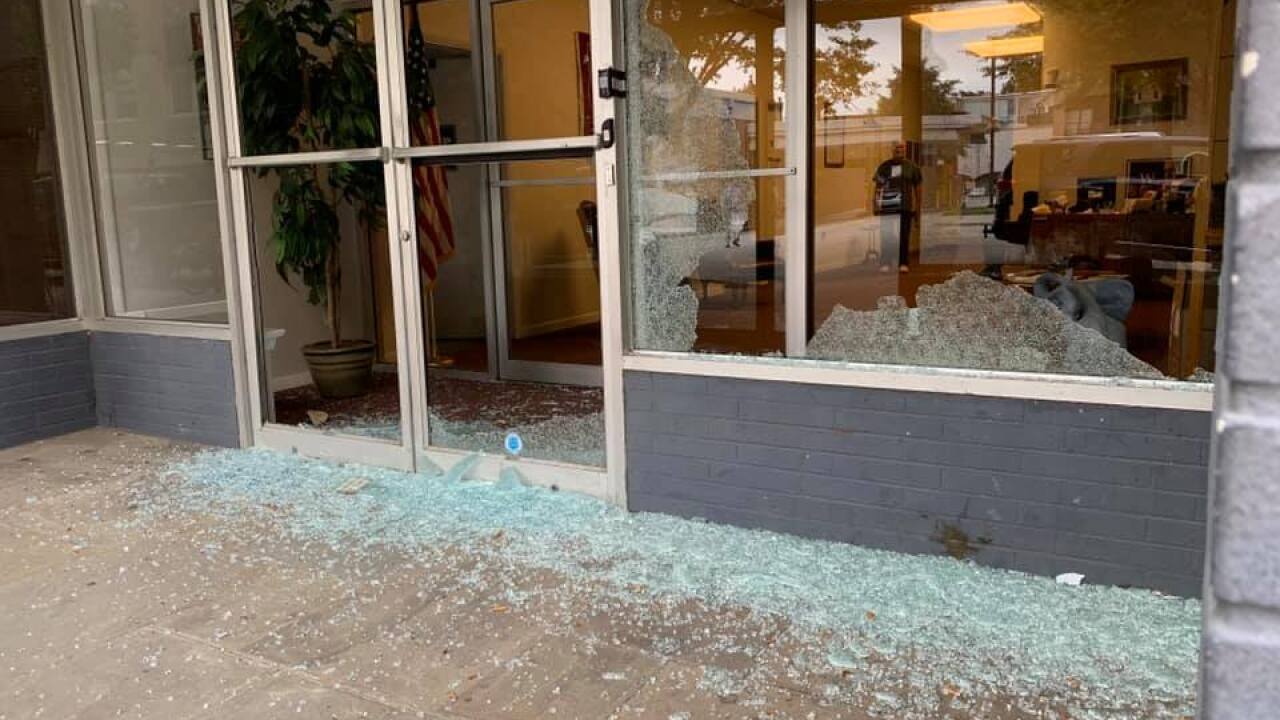 RICHMOND, Va. -- Several windows were smashed at the headquarters of the Republican Party of Virginia in downtown Richmond Thursday night.

"Under cover of darkness on Thursday night, the violent wave of crime that has infected Richmond for months struck again with a violent, cowardly, and unprovoked attack on the state headquarters of the Republican Party of Virginia," said RPV Chairman Rich Anderson in a statement.

The RPV Headquarters, located at 115 E Grace Street, suffered damage to the glass frontage of the building. It's the second time the windows have been smashed this summer.

Anderson says the vandalism was a clear attempt to induce a sense of terror in Virginia Republicans.

The RPV chair also called on Governor Northam, Mayor Stoney, and Democratic lawmakers to condemn the "cowardly acts of hate and violence."

Stoney responded on Twitter saying he may not agree with GOP’s stances, but "violence and vandalism have no place in this city."

"Destruction is not how we win arguments," he added.

Although I may not agree with this party’s stances, violence and vandalism have no place in this city. Destruction is not how we win arguments. https://t.co/jQczG0NMYX