Why American Girl turned this Richmond hero into a doll 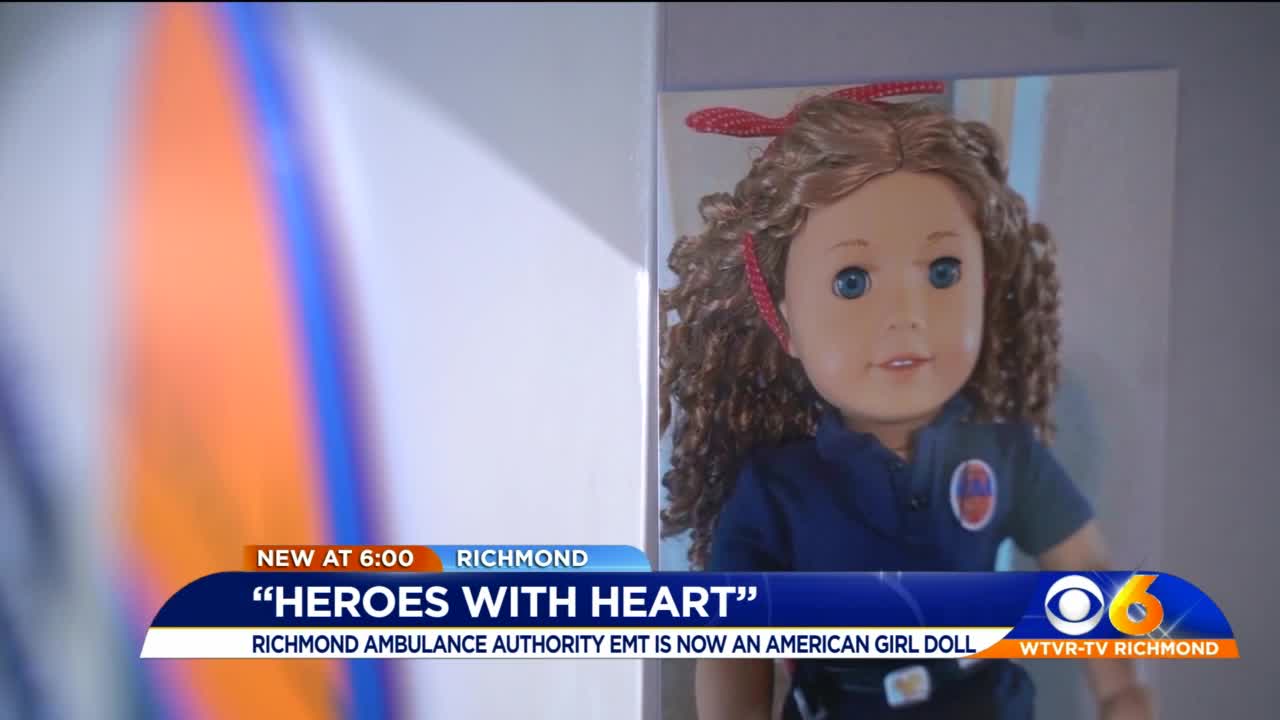 Why American Girl turned this Richmond hero into a doll

RICHMOND, Va - An EMT with the Richmond Ambulance Authority (RAA) is a one-of-a-kind frontline worker to her family, and now she has the doll to prove it.

April O’Quinn was one of five national winners in the “Heroes with Heart” contest run by American Girl Dolls.

Families were asked to nominate a hero on the COVID-19 frontlines who risked their life to help others during the pandemic.

O’Quinn was nominated by her niece Lacey.

Lacey lives in Texas, and nominated April after the EMT worker returned to work after recovering from the coronavirus.

“The lung problems were probably the worst part for me. I couldn’t lay down. I had to sit up. I slept sitting up,” said April.

Emergency Medical Services seemed like the perfect fit for April and she didn’t hesitate to return once doctors gave her the OK.

“She didn’t hesitate for a moment,” Lacey wrote on her contest submission, which was published by American Girl.

“I feel very fortunate that I only have the minor problems that I have and I can be back to work,” said April.

“I like to get in there, help people, and then step back into the dark," she added with a laugh.

April got a phone call last month from Lacey with the exciting news.

“Lacey was on the other side screaming that we had won! I was in shock,” said April. “I had no words. I ended up crying because I couldn’t say anything.”

“The excitement and smiles as she opened her hero doll were all worth it,” she added.

April is now one of five heroes nationwide celebrated by American Girl.

“We at the Richmond Ambulance Authority are so excited for April and her niece Lacey. We’re thankful American Girl held a contest to recognize our frontline heroes and are thrilled to have one of our employees represent EMS,” said RAA CEO Chip Decker.

The winners received a custom American Girl Doll and outfit in their hero’s likeness and a $250 gift card.

“The stars and brightness in her face and eyes were amazing. It was all worth the pictures even though I hate pictures,” said April.

The review she cares about the most is holding onto her doll thousands of miles away in Texas.

“It’ll be something that neither one of us will ever forget. It’s a bond that I’ll hold with her forever," April said of her niece Lacey.

The American Girl doll is not available in stores, however, April said she hoped it could one day be sold and the proceeds donated to a worthy cause.