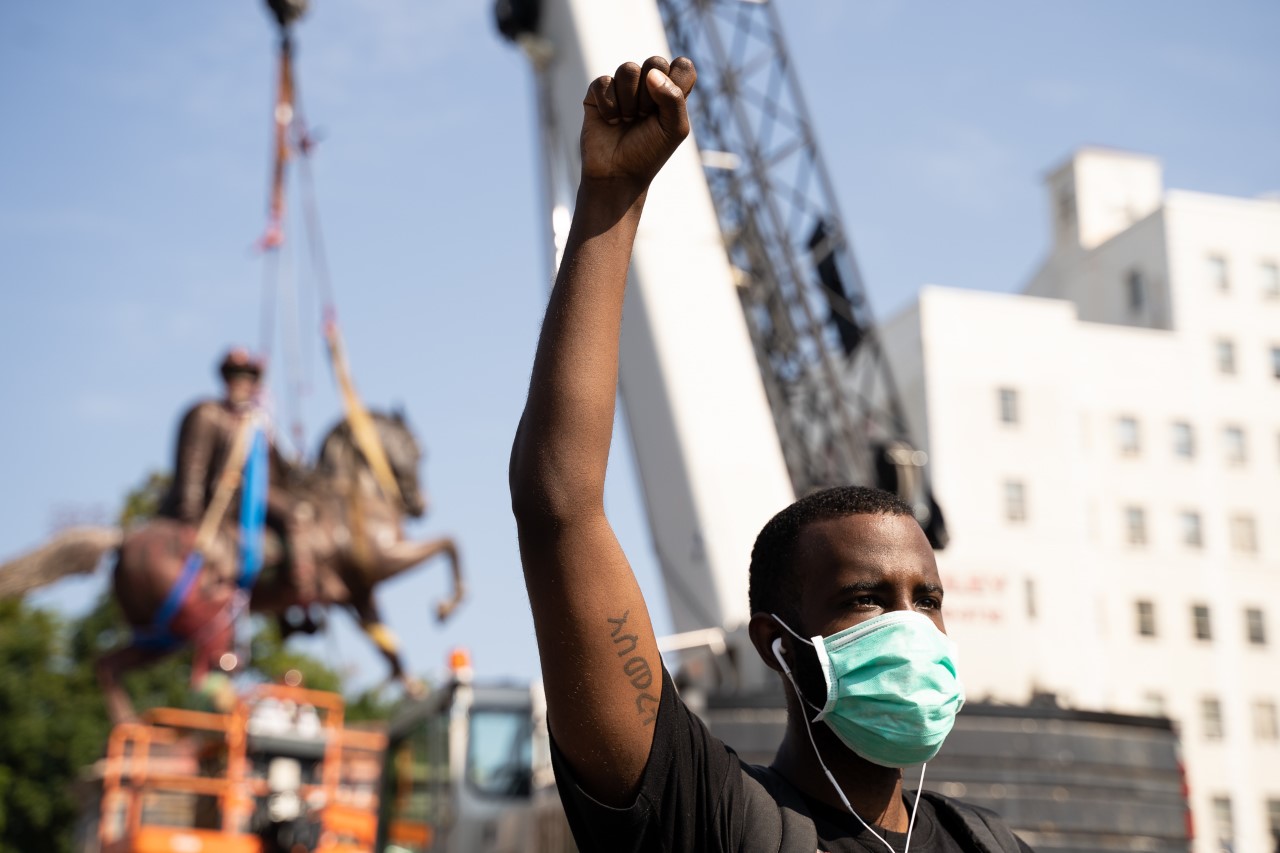 Crews removed the J.E.B. Stuart statue from Monument Avenue in Richmond, as part pf an effort to remove Confederate monuments around the city. 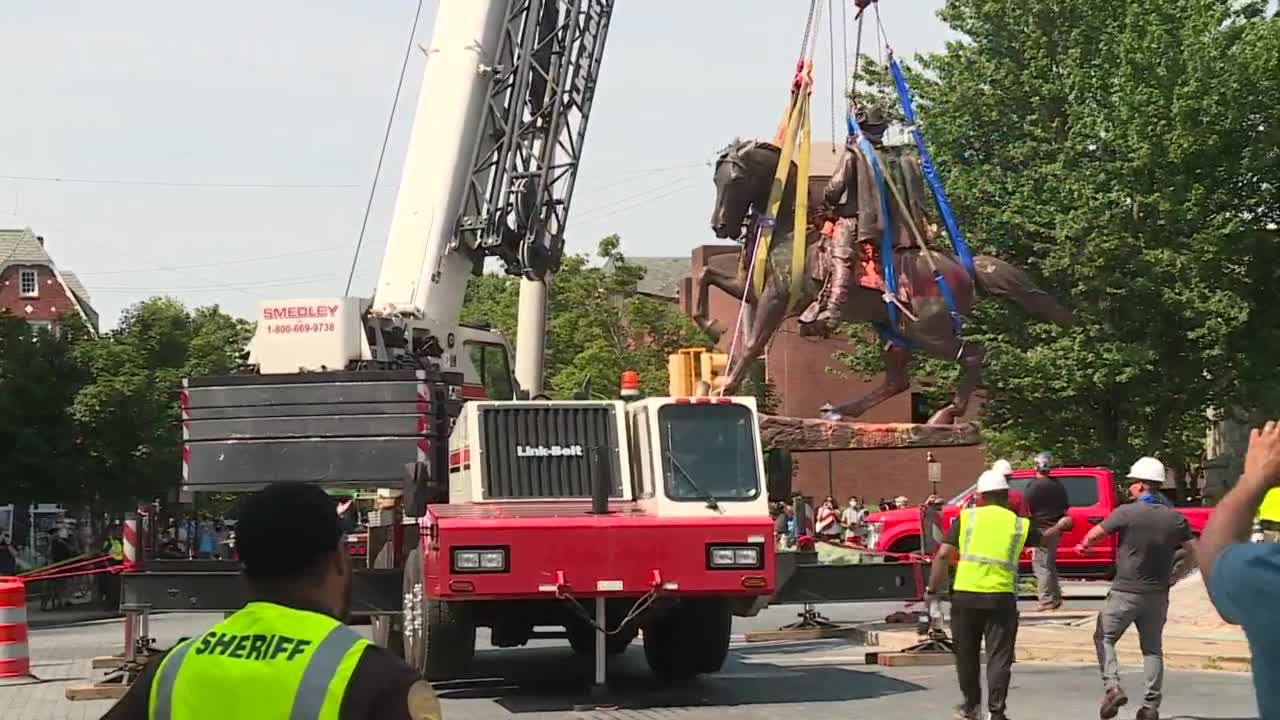 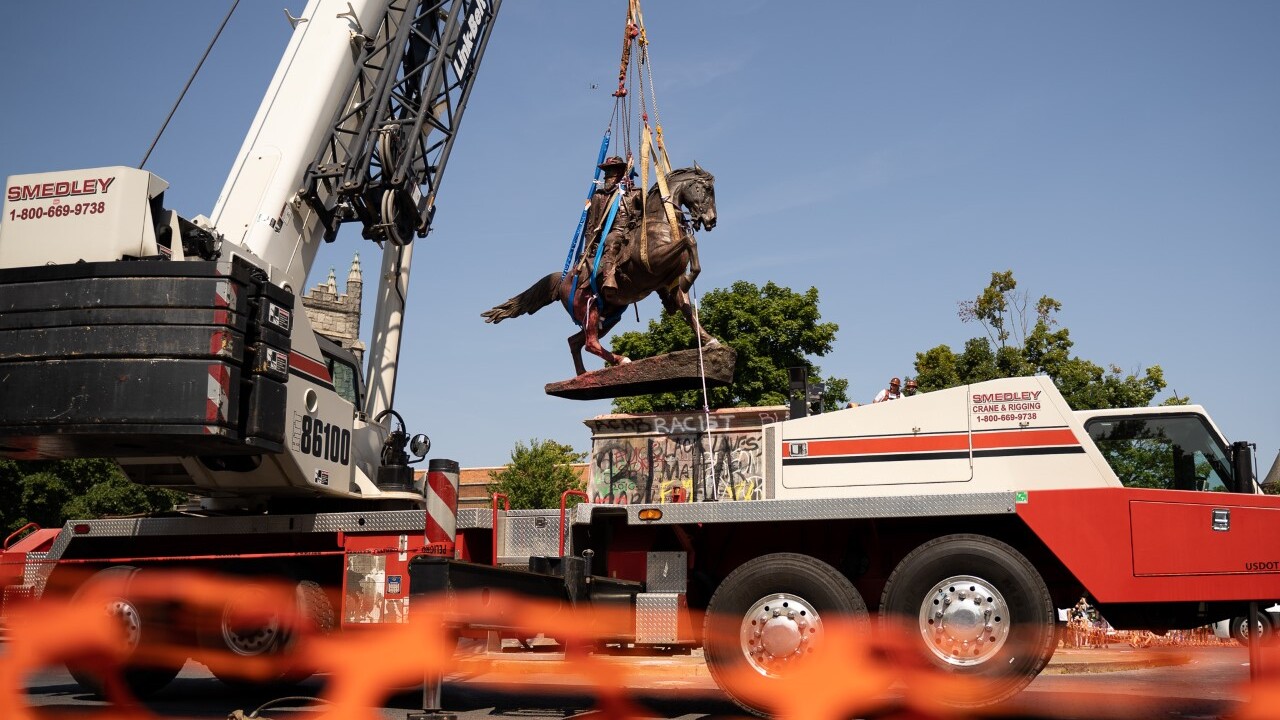 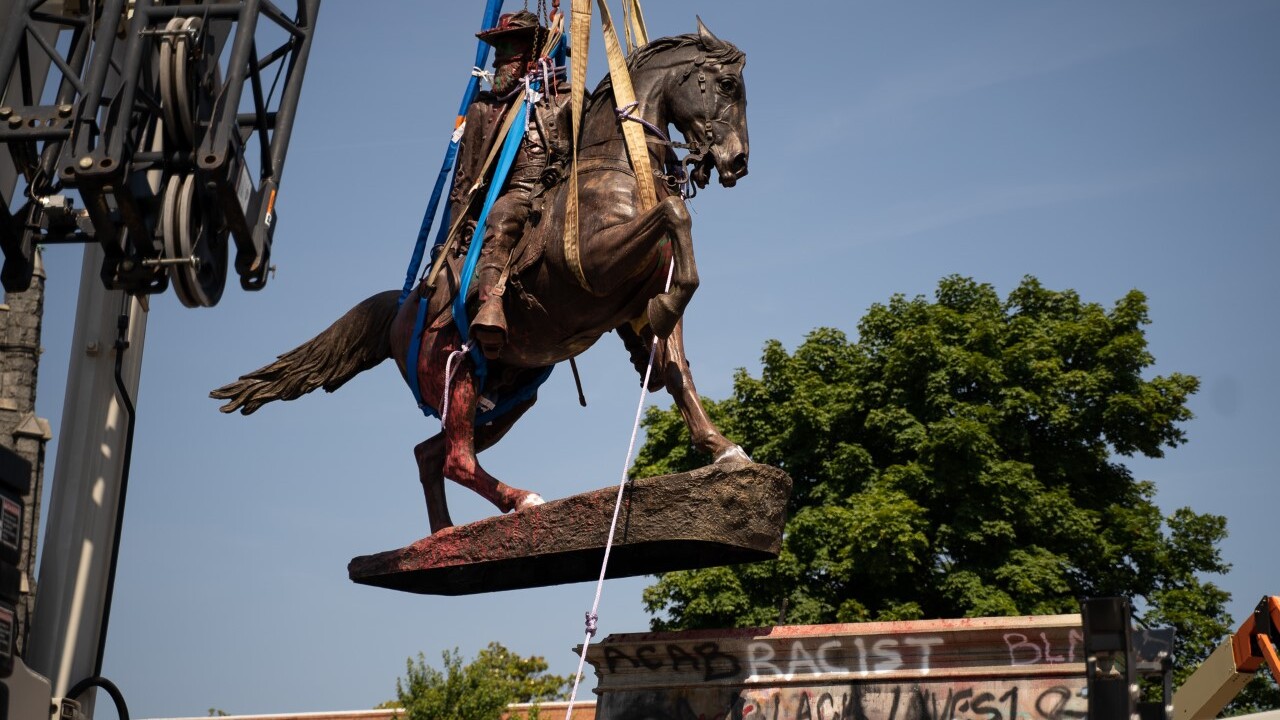 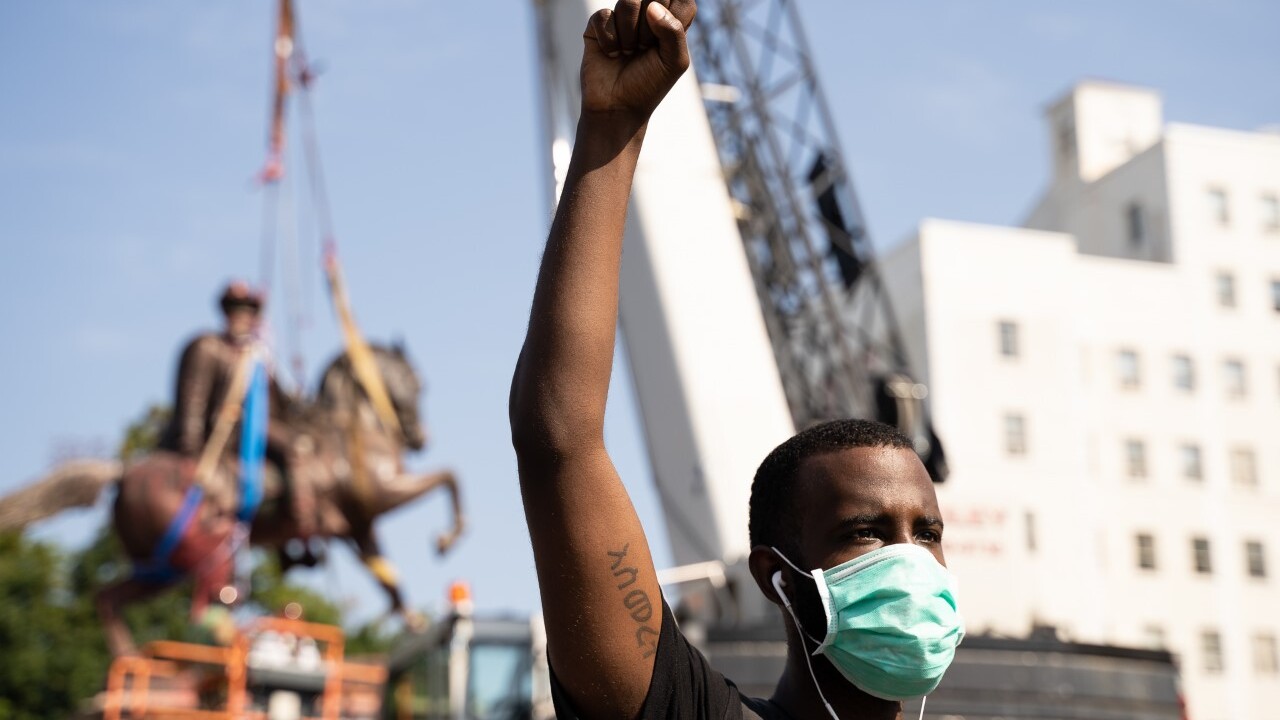 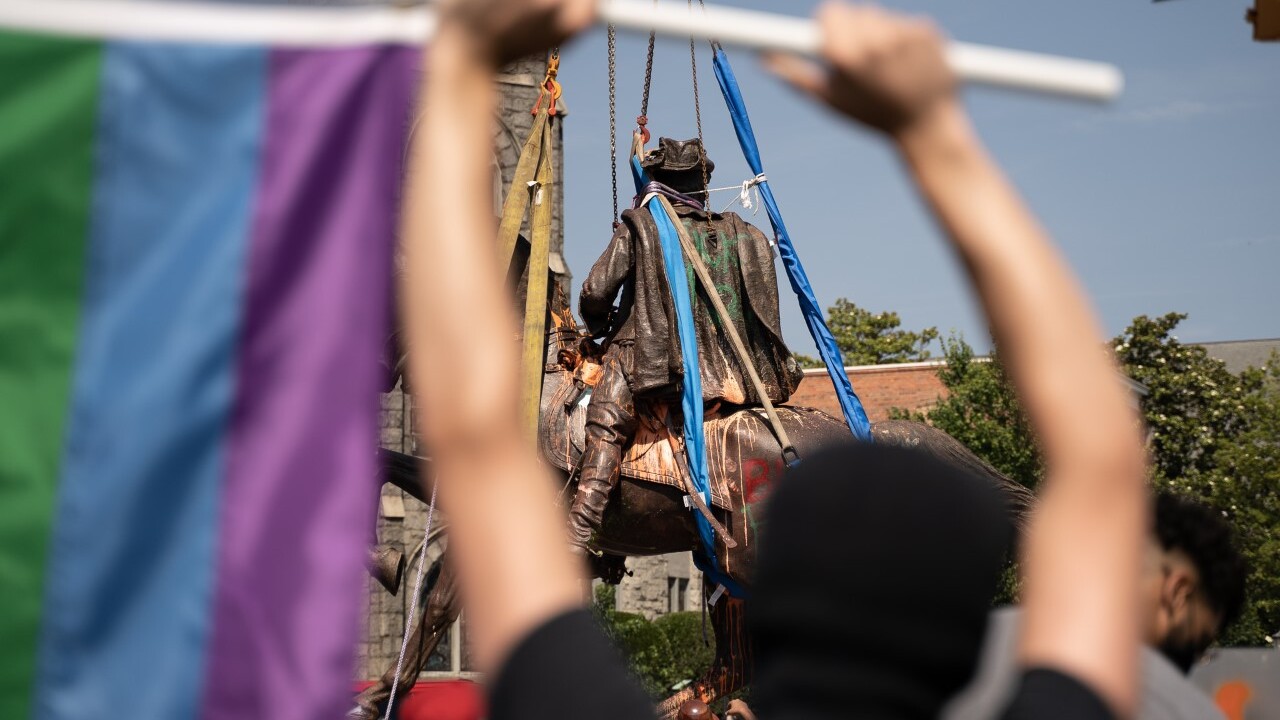 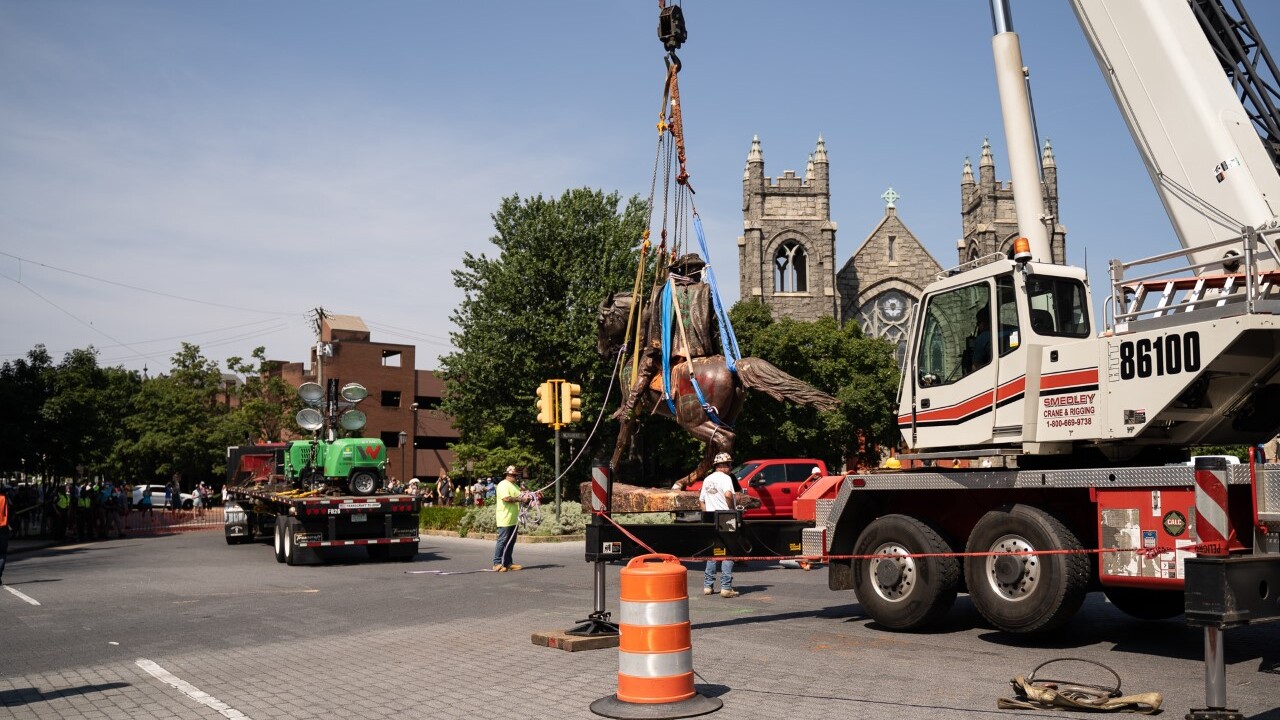 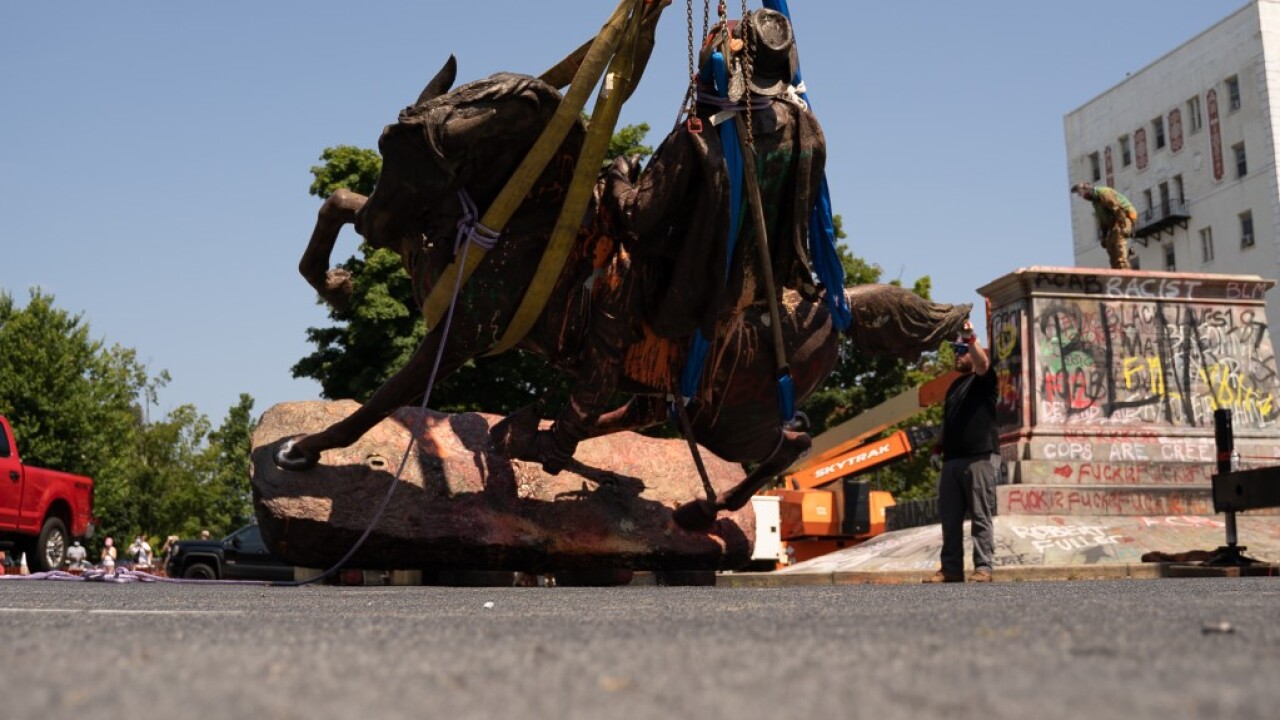 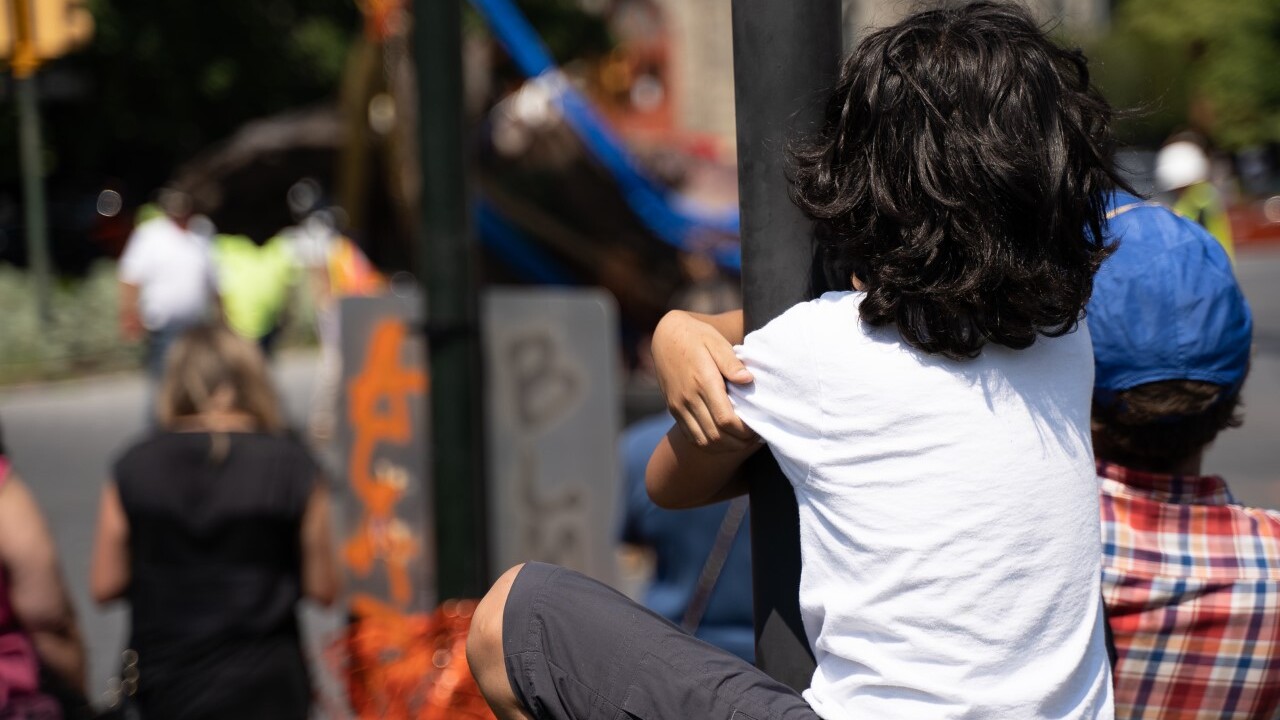 Hundreds of people gathered to watch the removal, which began around 8 a.m. and ended just before 11 a.m.

Stuart, a Confederate general, is one of more than a dozen statues Richmond Mayor Levar Stoney ordered removed from city property last week.

Statues to Confederate General Stonewall Jackson and Matthew Fontaine Maury were removed from Monument Avenue last week and taken to an undisclosed location. A statue to Confederate president Jefferson Davis was pulled down off its monument by protesters last month.

The Robert E. Lee Monument is located on state-owned property and could be removed once legal challenges to its removal make their way through court.

The Stuart statue, erected in 1907, is the first monument Stoney promised would be removed following the holiday weekend.

While city attorney Haskell Brown told Richmond City Council that Stoney did not have the power to remove statues, Stoney said he believed he is on sound legal ground to remove the statues using his emergency powers as the Emergency Management Director.

"That's in our Emergency Operations Plan. That is also the part of the governor's declaration of emergency that I'm the emergency manager," said Stoney. "And also, the City Council spoke to this in June 8, when they passed a resolution ordinance that gave me such powers."

Stoney said over the course of the last several weeks, thousands have gathered in the city and there have been more than 139 calls of service along the Monument Avenue corridor.

The mayor said failing to remove the statues presented a severe, immediate and growing threat to public safety.

Stoney said the removed statues will be placed in temporary storage while Richmond enters a 60-day administrative process during which the city will solicit public input while determining the fate of the statues.