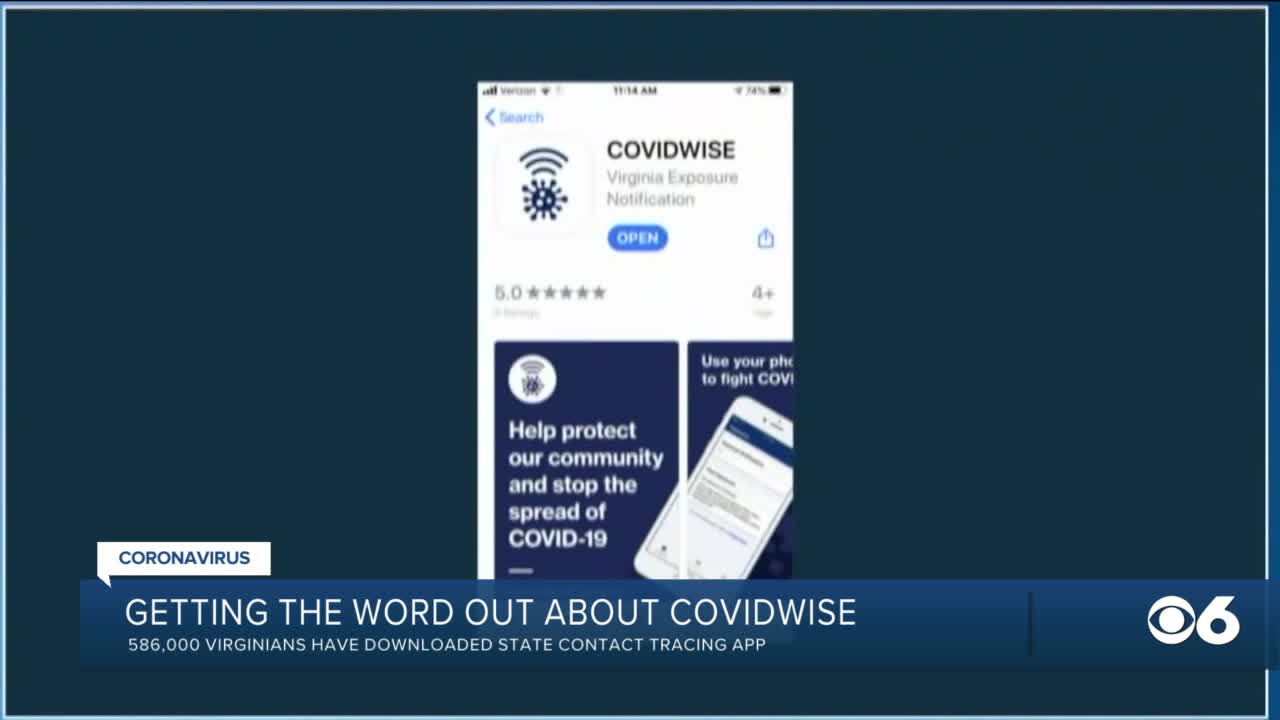 Virginians have been slow to use state's coronavirus app 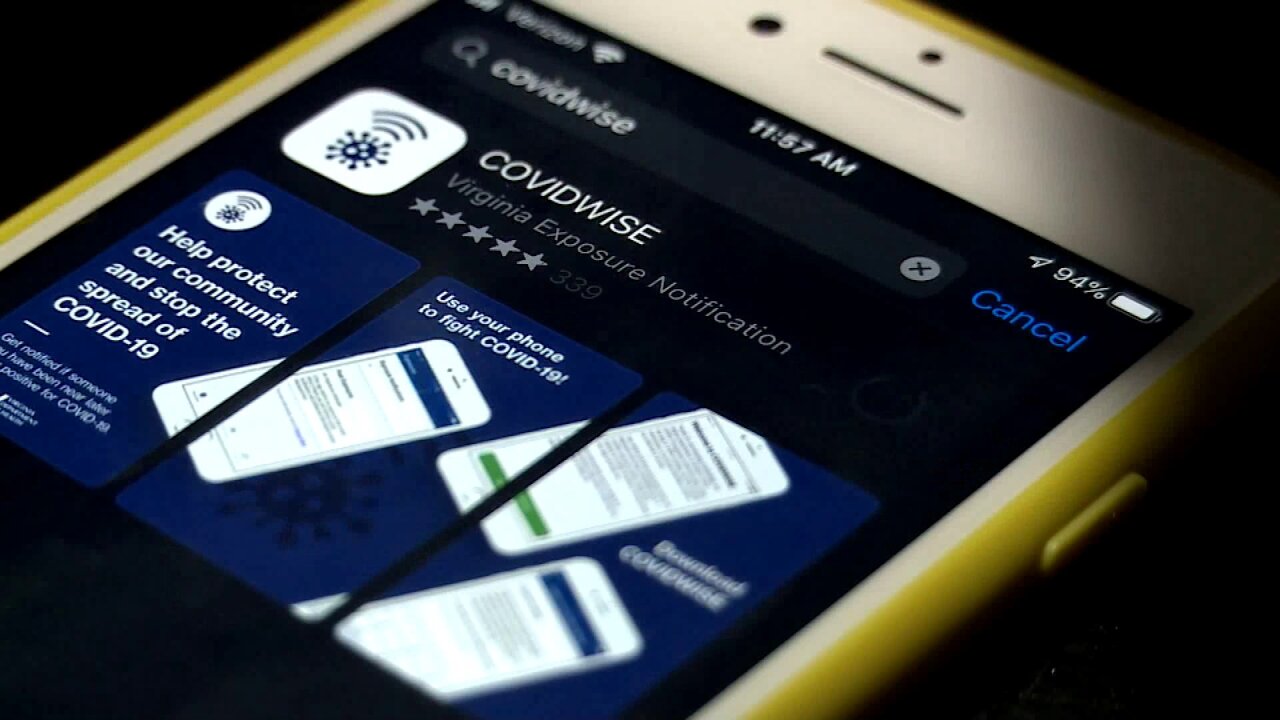 So far, the application has been downloaded by more than 586,576 users. A recent Richmond Times-Dispatch article reported that number was lower than expected and a number state officials said they would like to see increase to make the system increasingly effective.

The more than 586,000 downloads represent 13.8% of the number of Virginians, 18-65 years old, who own smartphones, according to estimates by the Virginia Department of Health.

Health officials said they base their percentages on the number of smartphone users and not total population because not everyone owns a smartphone.

COVIDWISE uses Bluetooth technology to measure distance between different people and how much time they've spent together. Both people need to have the app installed and users must self-report positive tests through the app.

To date, 251 users have reported testing positive for COVID-19, according to VDH. On average over the past five days, COVIDWISE has sent out exposure notifications to 119 people per day.

“The more people that download the app, the more people we can prevent a COVID-19 infection,” said David Saunders with Madison and Main who is leading the COVIDWISE marketing campaign.

Saunders downloaded the app on his own phone and spent several days in quarantine after receiving an exposure notification.

“I was notified on 1:14 a.m. early on a Saturday morning. I thought it was my kids texting me. Turns out it was a notification from COVIDWISE,” he said. “Without that notification, I’m asymptomatic, I couldn’t get a test. So I went to CVS, sat in the drive-thru, got the test, two days later I’m negative.”

If someone using the app tests positive for COVID-19 and voluntarily reports it, other users who were within six feet of the patient for at least 15 minutes will get notified on their phone of possible exposure. Officials said those parameters are based on CDC guidelines. Officials reiterated that no personal information, data, or locations are shared through COVIDWISE.

Researchers from Oxford University found in a study published last month, a 15% participation rate in exposure notification apps can reduce the transmission of the virus from six to eight percent, if working in conjunction with other mitigation and tracing practices.

CBS 6 asked Saunders if state officials worried with the number of downloads has now plateaued. Saunders said they would prefer if all 3.5 million smartphone users in Virginia downloaded COVIDWISE but continue to see positive daily download numbers.

“I don’t think it’s plateaued. We’re getting three, four, five-thousand people per day that’s downloading the app,” Saunders said. “People will self-quarantine, people will go and get a test, and then we can slow and ultimately stop progression of the disease.”

Saunders said their marketing campaign was targeted at regions in Virginian with the highest percentages of community spread, such as metro regions like Richmond, but his team began expanding their education and marketing campaign statewide a few days ago.

Some users have reported zero notifications about exposures since downloading. VDH officials said they can assure users the app is working in the background and that not getting notifications means a user is limiting their exposure to positive cases.