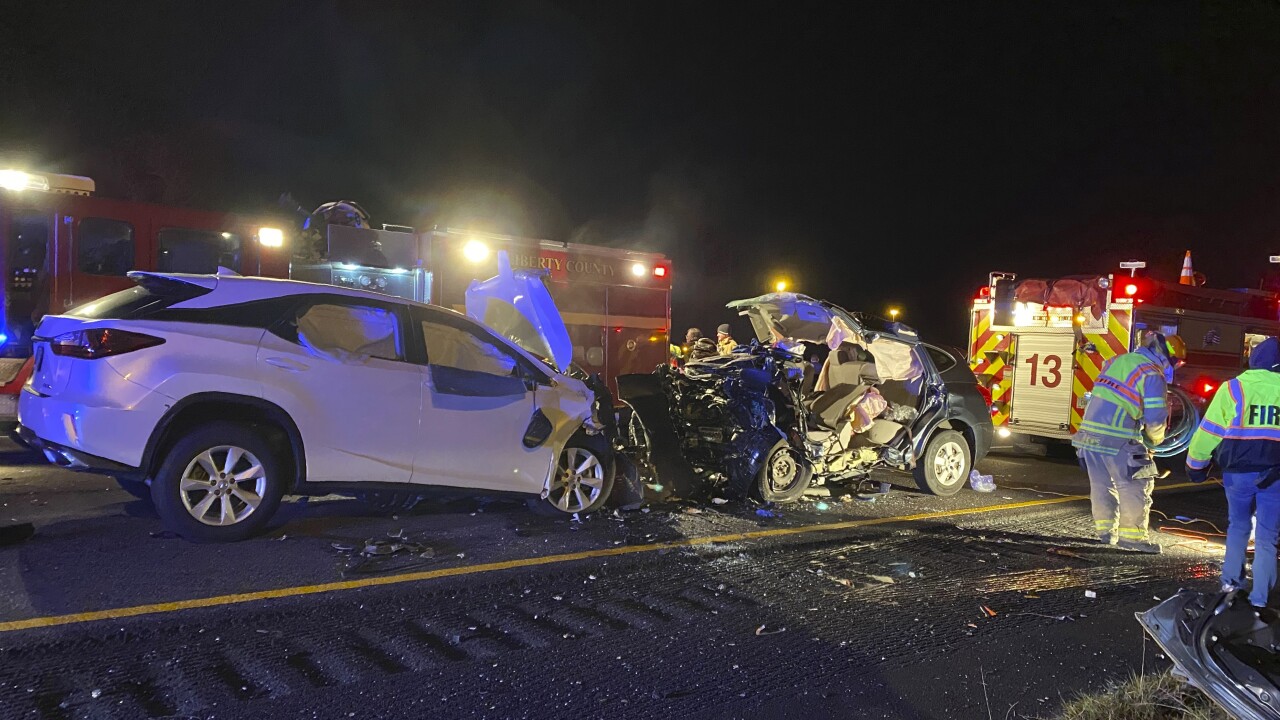 LIBERTY COUNTY, Ga. -- The Georgia State Patrol has identified five family members killed when their SUV was struck head-on by a Lexus traveling the wrong way on Interstate 95.

Sara and Nathan Robinson and their three children Stephen, Rebecca and Alexander were killed just after 2 a.m. on Sunday, according to police.

The family was from Portsmouth, Virginia.

Liberty County sheriff’s officials said officers had received reports of a white Lexus traveling southbound in a northbound lane of the Interstate shortly before the crash.

The driver of the Lexus also was killed. His identity hasn't been released. That car had Florida plates.