CHESTERFIELD COUNTY, Va. -- Drivers are being urged to stay home unless they "absolutely must be on the roads" as crews treat interstates and other major routes as icy precipitation continues to fall as a storm brings a wintry mess to Virginia Sunday.

“We want to thank motorists for heeding our messages and staying off the roads,” Virginia Department of Transportation (VDOT) Commissioner Stephen Brich said. “I implore travelers to remain off the roads during and after the storm so our crews may continue to aggressively fight the snow and ice.”

The icy conditions will create dangerous travel conditions throughout Sunday and overnight into Monday, according to officials.

Most routes in the Richmond District were in minor to moderate condition, meaning snow or ice was covering patches or major portions of roads as of 3 p.m., according to officials.

"Road conditions are changing rapidly and impacts will vary," officials warned. "Freezing rain following snow in some areas have created extremely slick and treacherous conditions. High winds and icing may lead to roads blocked by downed trees, utility lines and other debris."

The snow has transitioned to rain or freezing rain for most of VDOT's Richmond District, officials said.

"Crews continue working to clear shoulders, ramps and loops on interstates in the district, which are in moderate condition," officials said. "Once interstate and primary routes (numbered 1-599) are safe and passable, crews will move on to subdivisions and low-volume secondary routes (numbered 600+), plowing where accumulations have reached two inches or more and treating slick spots."

VDOT Acting Richmond District Maintenance Engineer Gary Jennings urged drivers to "stay home unless they absolutely must be on the roads."

“We will be watching for, and treating, slick spots throughout Sunday evening and night,” Jennings said. “Drivers should be on the lookout for refreeze Sunday night and Monday morning. Our crews will be working around the clock to address any slick conditions that may occur.”

"If travel is essential, reduce your speed and use extra caution," Jennings said. "Remember that bridges and overpasses freeze before roadways, and if there is snow or ice on roadways, travel is hazardous."

Additionally, officials said tree crews remain on standby for any fallen trees that impact roads during the storm. Those crews will also work closely with power providers to "remove downed power lines as quickly and safely as possible."

VDOT's tips for drivers and residents: 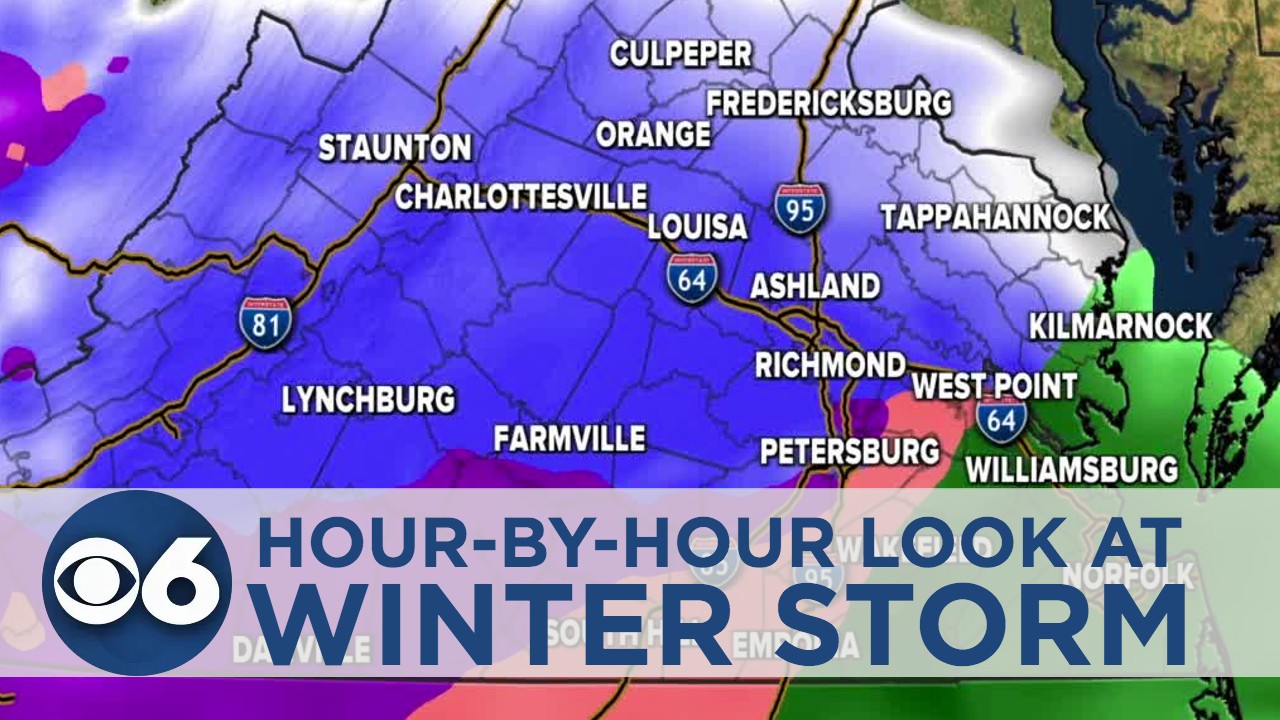