'We urge drivers to plan travel around a winter storm, not during the storm,' officials said

Pretreatment, which is the process of dispensing saltwater brine on roads to reduce the chance of ice bonding with pavement, is expected to be finished by late Thursday, VDOT officials said.

CHESTERFIELD COUNTY, Va. -- Crews pretreated interstates along with major primary and secondary routes in Central Virginia Thursday ahead of another winter storm, according to Virginia Department of Transportation (VDOT) officials.

Pretreatment, which is the process of dispensing saltwater brine on roads to reduce the chance of ice bonding with pavement, was finished late Thursday, VDOT officials said.

Precipitation should start as some rain showers or a mix by mid-afternoon to the northwest, and that will move into the metro towards evening, Meteorologist Tom Patton said.

As colder air moves in, it will be all snow this evening, and it will last through daybreak Saturday.

Winds will increase Saturday morning with some gusts over 30 mph possible in central Virginia, and over 40 mph at the coast. This could result in some power outages.

"We urge drivers to plan travel around a winter storm, not during the storm," Jennings said.

VDOT's Richmond District has more than 1,400 pieces of equipment, including trucks, plows, tractors and motor graders, "to address road impacts during and after winter weather events," according to Jennings. 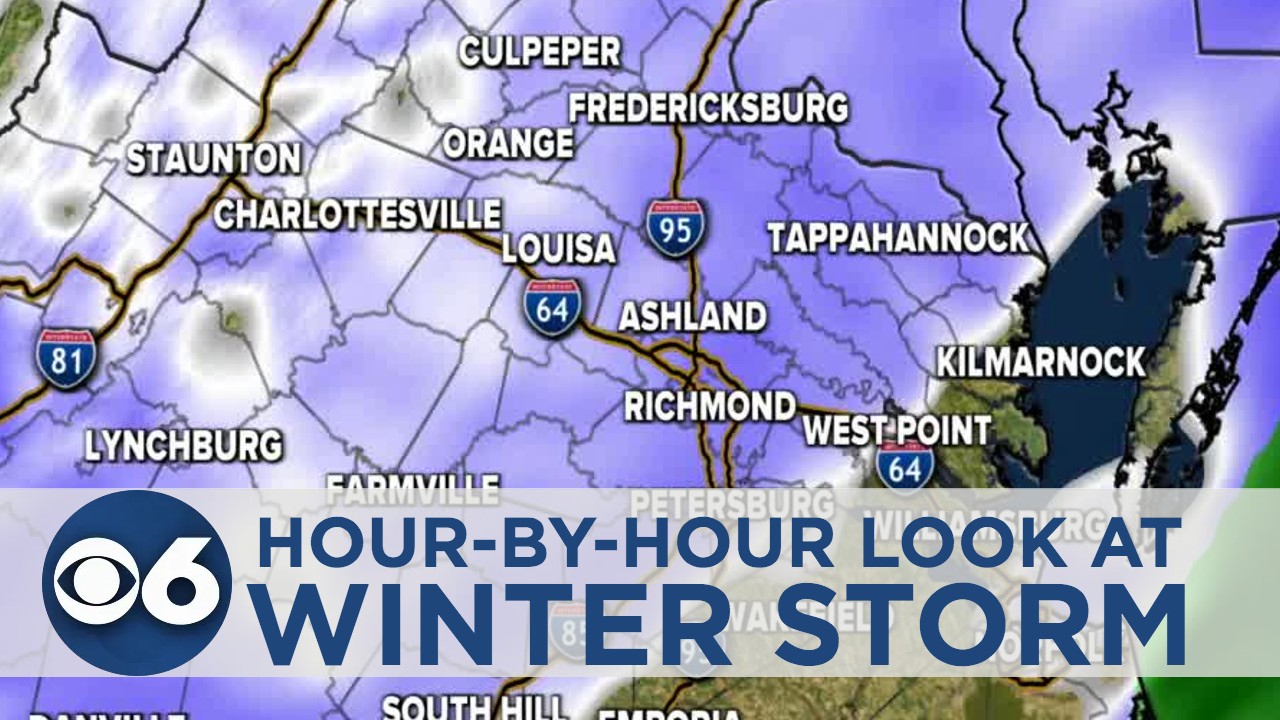 Depend on the CBS 6 Weather Authority to keep you ahead of the storm. Watch CBS 6 News and stick with WTVR.com for complete coverage of this latest winter blast.