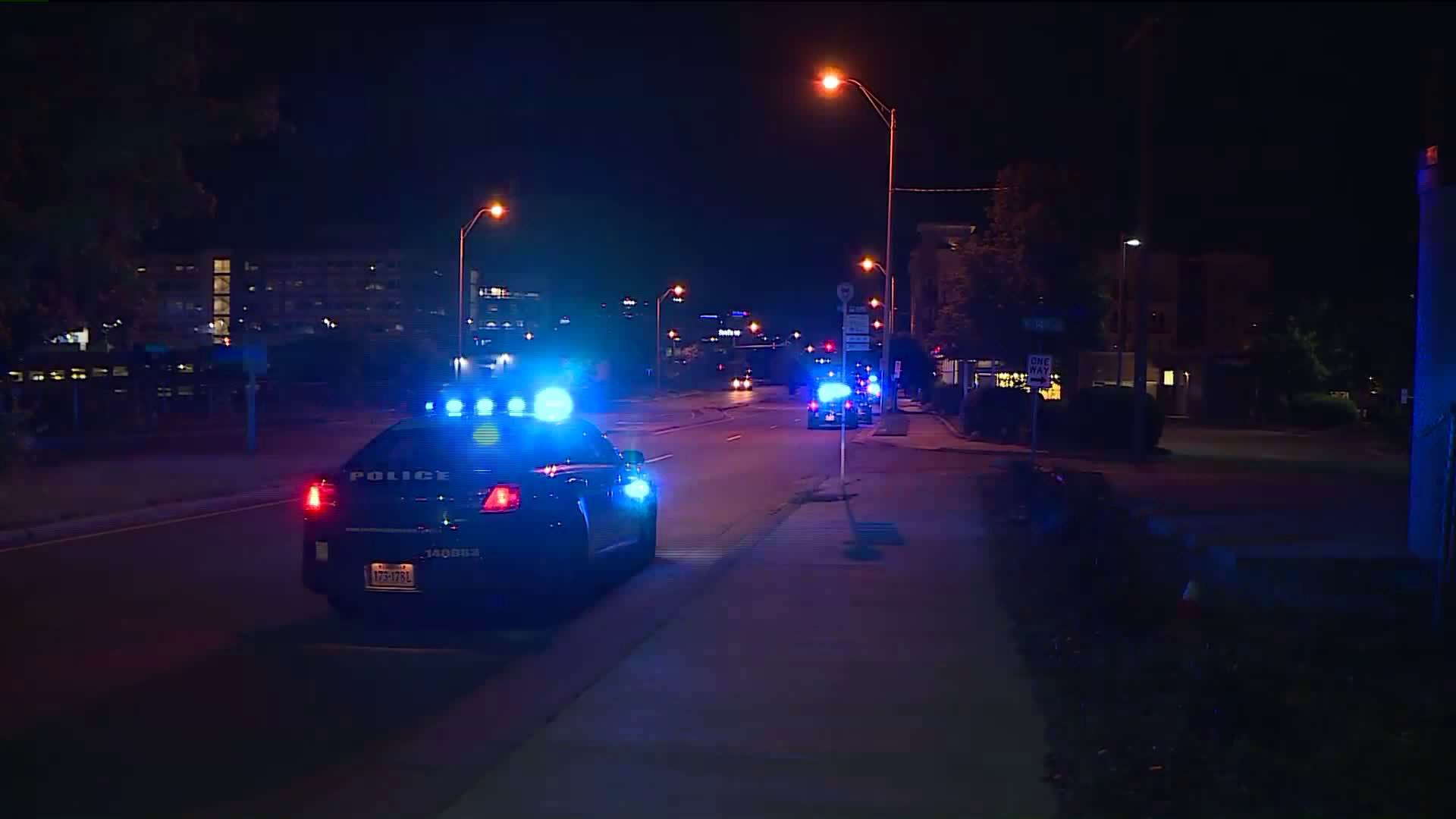 RICHMOND, Va. -- Two Richmond Police officers and one suspect were taken to the hospital following a shooting on the city's south side.

Officers were called to the 800 block of Semmes Avenue, in Manchester, to investigate a report of a person with a gun at about 1:25 a.m. Tuesday.

When they arrived, officers reported hearing gunfire two blocks away.

"When they arrived there was gunfire in the 1000 block of Semmes Avenue. Two Richmond Police officers were shot. One suspect was shot," a Richmond Police spokesperson wrote in an email about the situation. "All three of the injured were transported to a local hospital for treatment. Two additional suspects were detained for questioning."

The Department’s Force Investigation Team (FIT) is investigate the shooting.

The City of Richmond has been under a curfew from 8 p.m. to 6 a.m. each night amid protests focused on police brutality and the death of George Floyd in Minnesota.