Fire crews were stationed at a Richmond Recycling plant throughout the day and night Tuesday in response to a massive two-alarm fire. 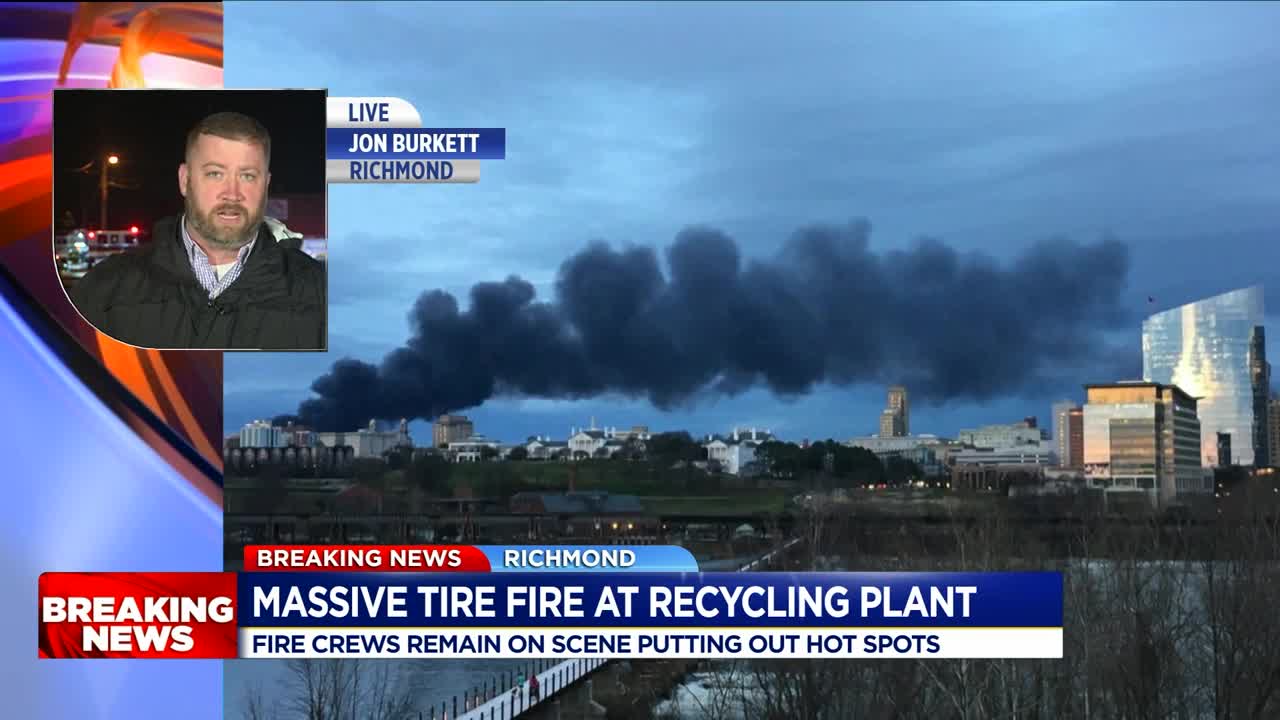 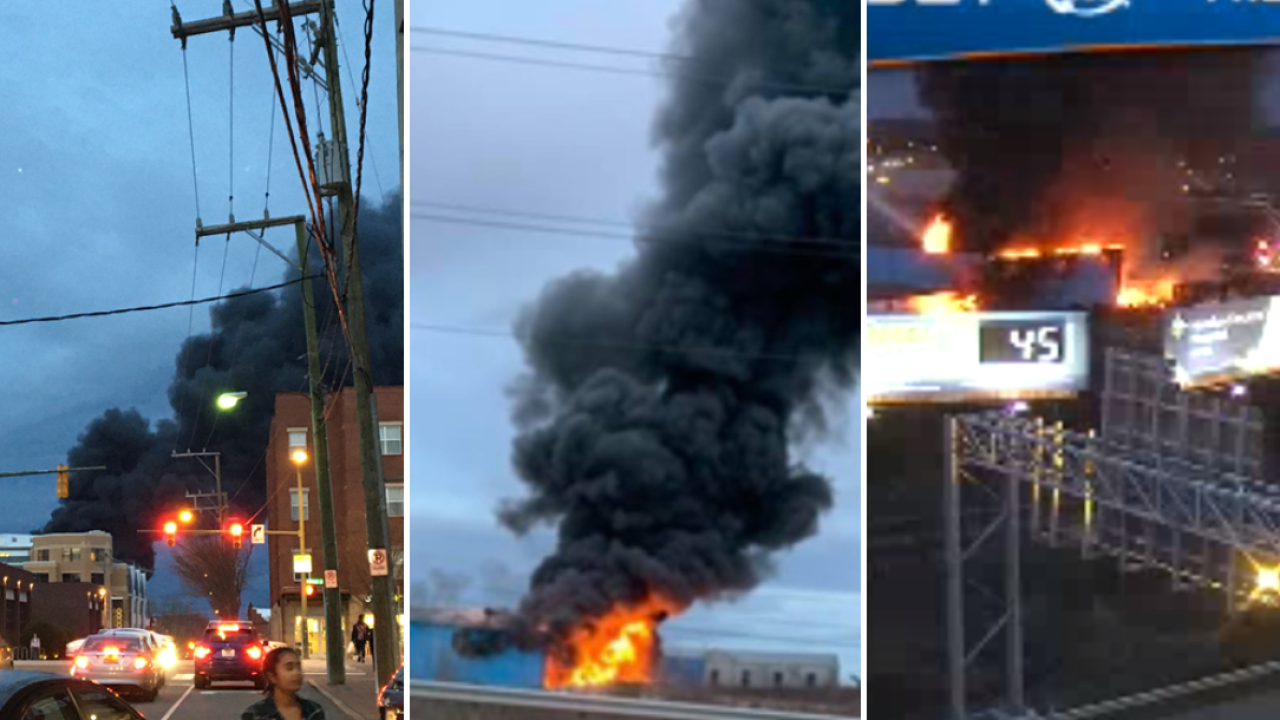 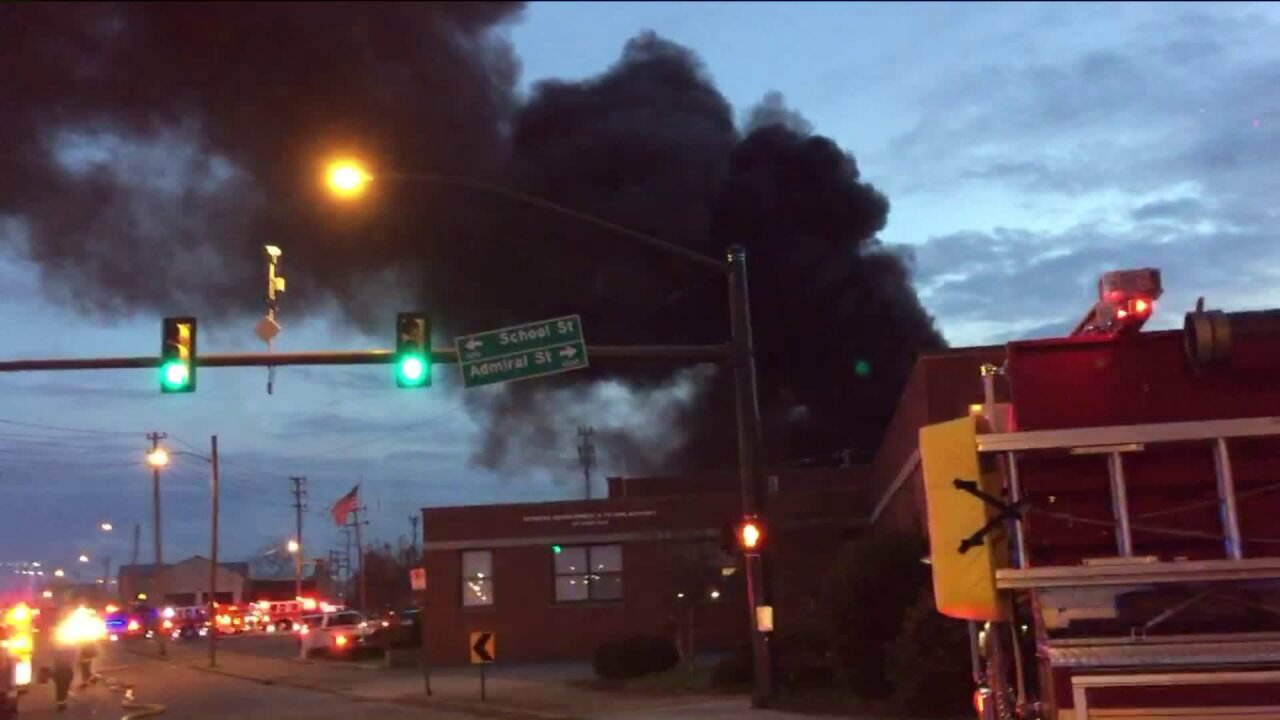 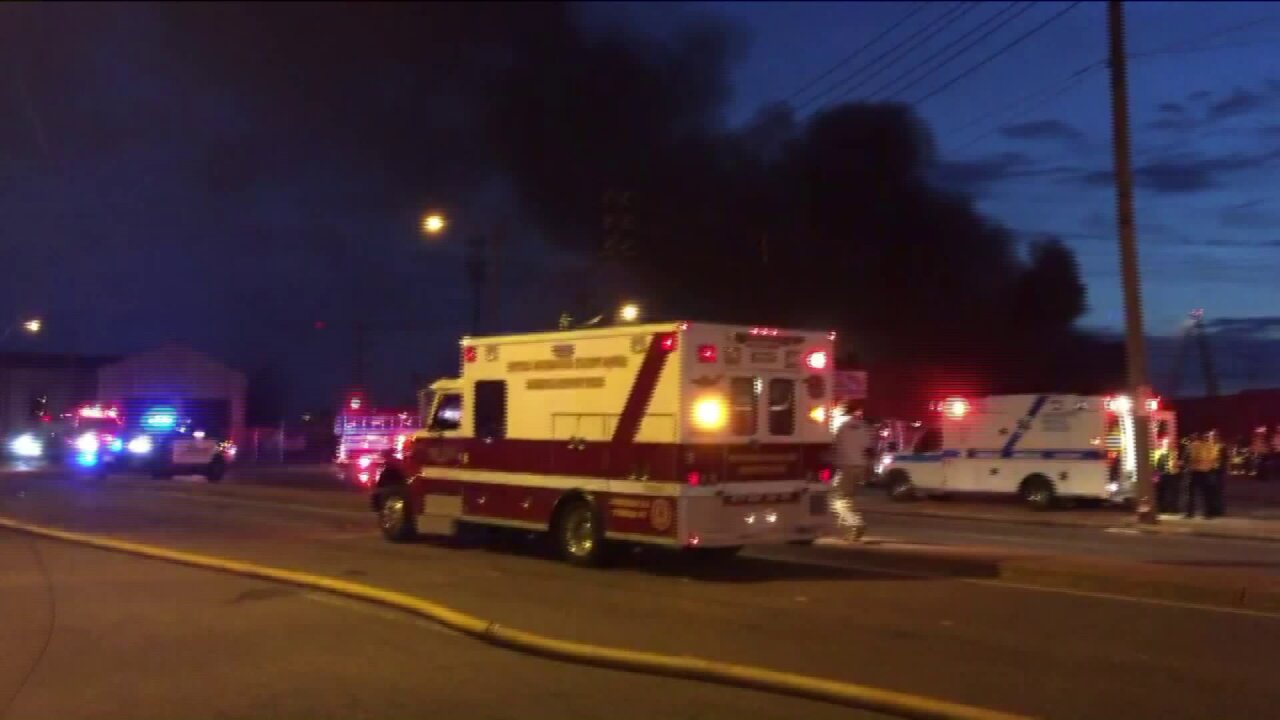 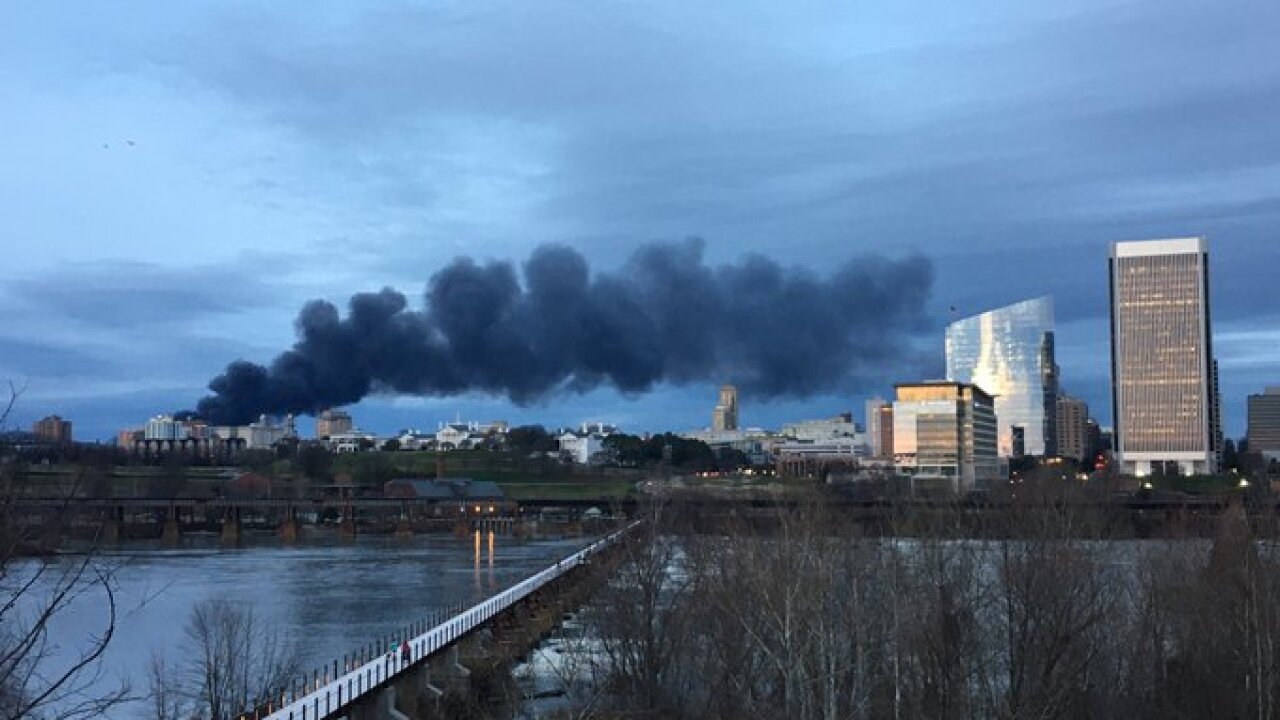 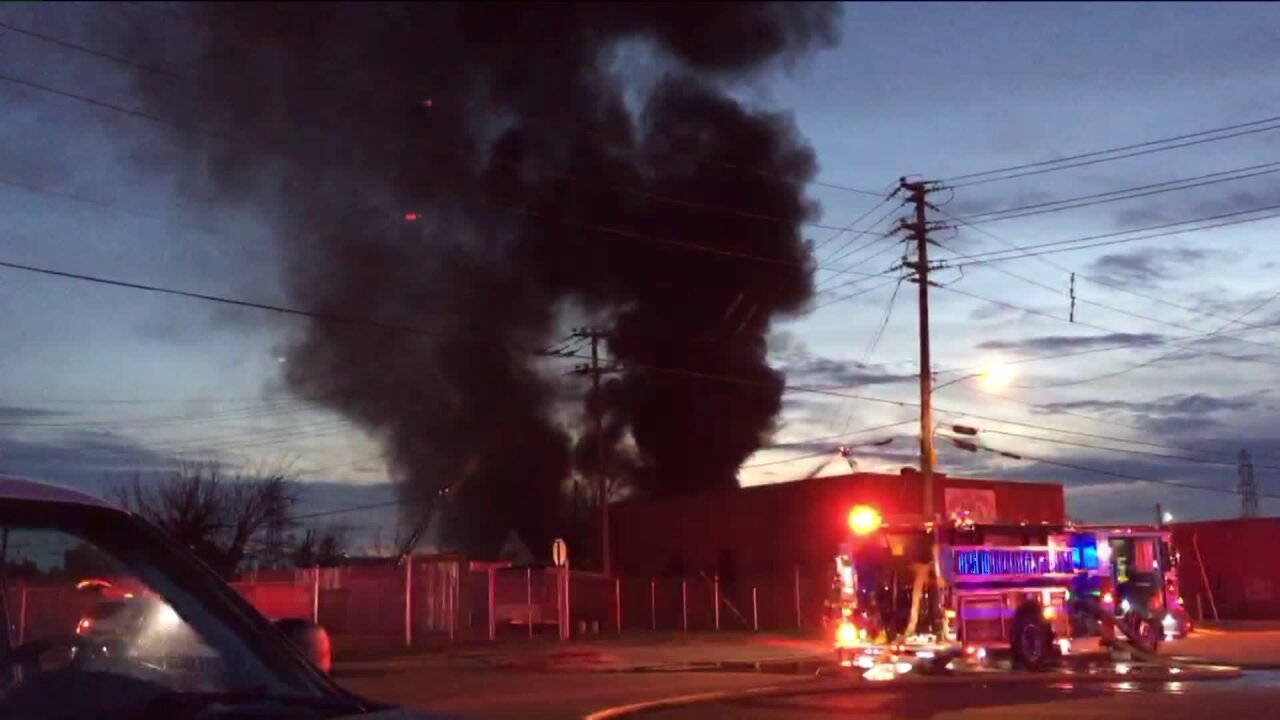 RICHMOND, Va. -- Fire crews were stationed at a Richmond Recycling plant throughout the day and night Tuesday in response to a massive two-alarm fire that drew attention throughout the city.

The fire could be seen from miles away from its location at a recycling plant on School St.

Photos and videos showed thick black smoke and flames coming from the intersection of School St. and Brook Rd. Officials say that the thick smoke was the result of tires being burned in the fire.

A fire and a huge cloud of smoke can be seen from my art class right now. I hope whoever is involved in this incident is okay. #MASC396 #RVA pic.twitter.com/S7hst56UI4

Fire crews are set up for a "defensive operation," according to Richmond Fire.