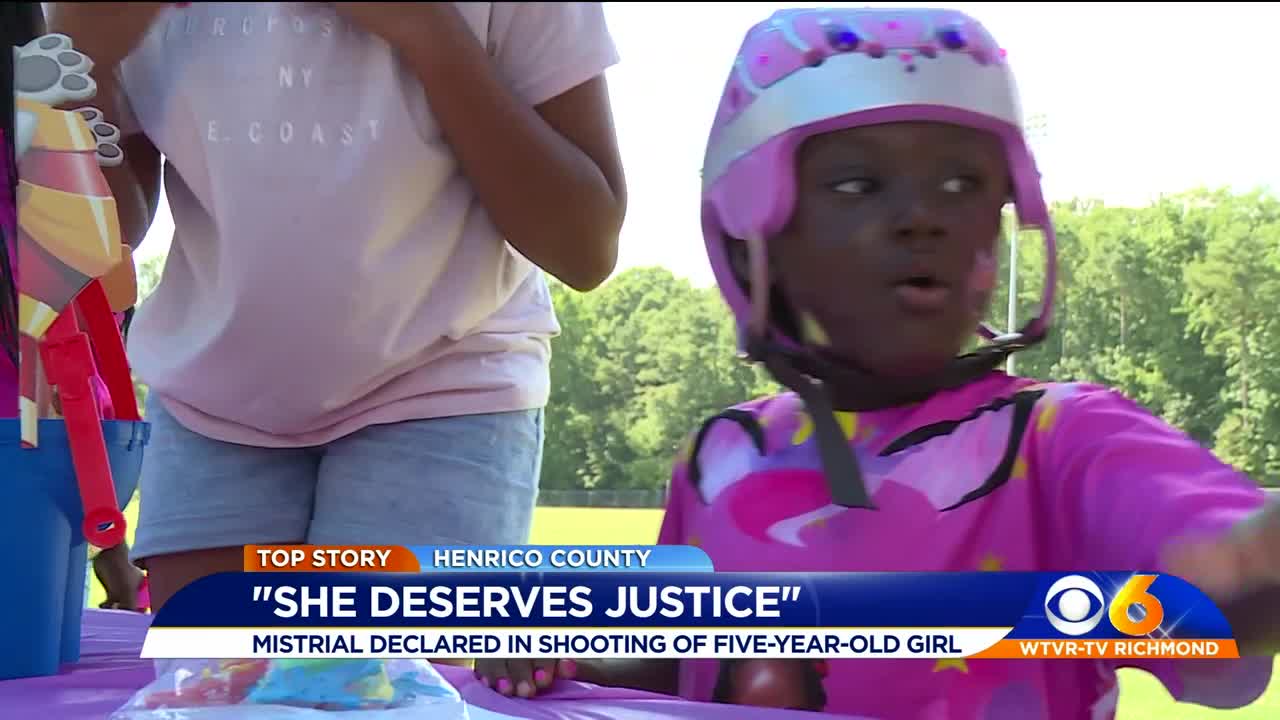 The trial for the man charged with shooting a 5-year-old Henrico girl in the head came to an abrupt stop and was declared a mistrial Tuesday due to a tainted jury pool.

HENRICO COUNTY, Va. -- The trial for the man charged with shooting a 5-year-old Henrico girl in the head came to an abrupt stop and was declared a mistrial Tuesday due to a tainted jury pool.

Derrick Walton Jr., 20, had previously plead not guilty to charges connected to the April 2019 shooting of five-year-old Kemiyah Edwards.

A two-hour jury selection process in Henrico Circuit Court Tuesday resulted in a jury of four men and nine women, including one alternate.

But following their selection, a potential juror told the entire jury pool about the case -- including specifics about the shooting.

Judge Johnson told the courtroom that he was in “disbelief” and that it was “a very important case to the Commonwealth and Walton.”

Citing the need for a fair and impartial jury, Johnson declared a mistrial explaining that “everyone is in agreement that he’s tainted the process.”

Henrico prosecutor Toni Randall told CBS 6 that the juror in question won’t face any discipline since the judge had not yet instructed the jury pool to not discuss the case.

A status hearing on the case was scheduled for next week.

Edwards survived the shooting and continues to recover from her injuries.

“She’s still struggling a little bit, but she’s getting better day by day and stronger,” Harris described. “She’s still a ball of joy to be around.”

She wears a helmet to protect her head from further damage.