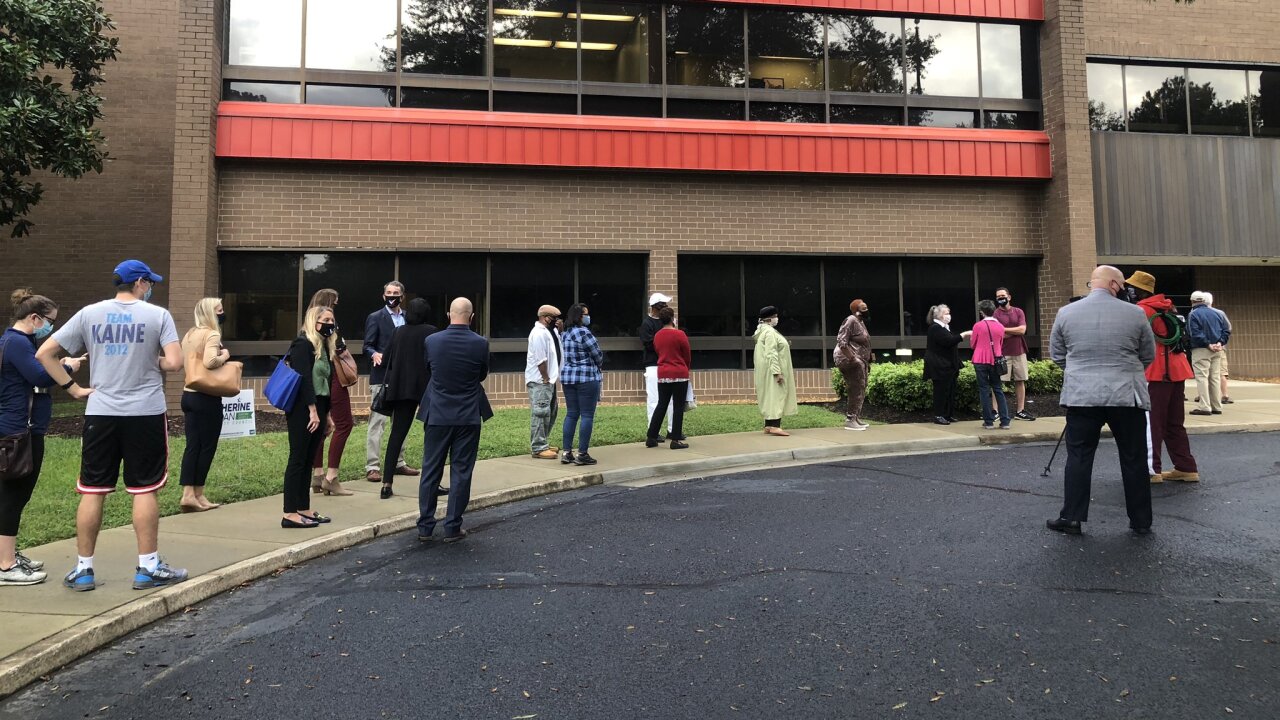 RICHMOND, Va. — Richmond Mayor Levar Stoney has called upon the Office of the General Registrar to increase access to the city’s Northside Registrar of Voters office, where Richmond voters can cast ballots beginning on September 18.

The building at 2134 West Laburnum Avenue will allow voters to cast their ballot in person from 9 a.m. - 5 p.m. on weekdays until Sunday, October 31.

However, the Laburnum Avenue location is largely inaccessible to the 17 percent of Richmond residents without cars, and advocates and Mayor Stoney are calling upon General Registrar J. Kirk Showalter to increase access to the location through public transit.

“In choosing to host early in-person voting in the middle of a pandemic nearly exclusively at an inaccessible location… I fear you’re risking many residents’ chances to cast a ballot in a safe and timely manner,” Stoney wrote on Friday.

According to Stoney, the city’s Office of Equitable Transit and Mobility has connected with GRTC to suggest a shuttle service from City Hall to the Laburnum Avenue location.

“The onus is on you to work with GRTC to make this a reality,” Stoney wrote. “I also strongly suggest you reach out to GRTC to explore increasing the frequency of service near your main office. Our office of Equitable Transit and Mobility stands ready to assist in this endeavor in any way,”

There are three ways Virginians can vote ahead of Election Day:

Beginning September 18, Virginia general registrars will mail absentee ballots to voters who request them. You can request a ballot online here. The last day to request an absentee ballot by mail is Friday, October 23 at 5 p.m.

All absentee ballots will include a return envelope with prepaid postage. Ballots with a postmark of November 3 or earlier will be accepted until noon on Friday, November 6.

You can also hand-deliver an absentee ballot to your local registrar’s office or returned to a secure drop-off location, which include any satellite voting location.

On Election Day, you can also drop off your completed absentee ballot at any polling place in the county or city in which you are registered to vote.

Of course, you can also vote in person on Election Day, Tuesday, November 3, at your regular polling place. Polls will be open from 6 a.m. to 7 p.m.

For more information on how to vote early, click here.