"Every child deserves the best Richmond has to offer." 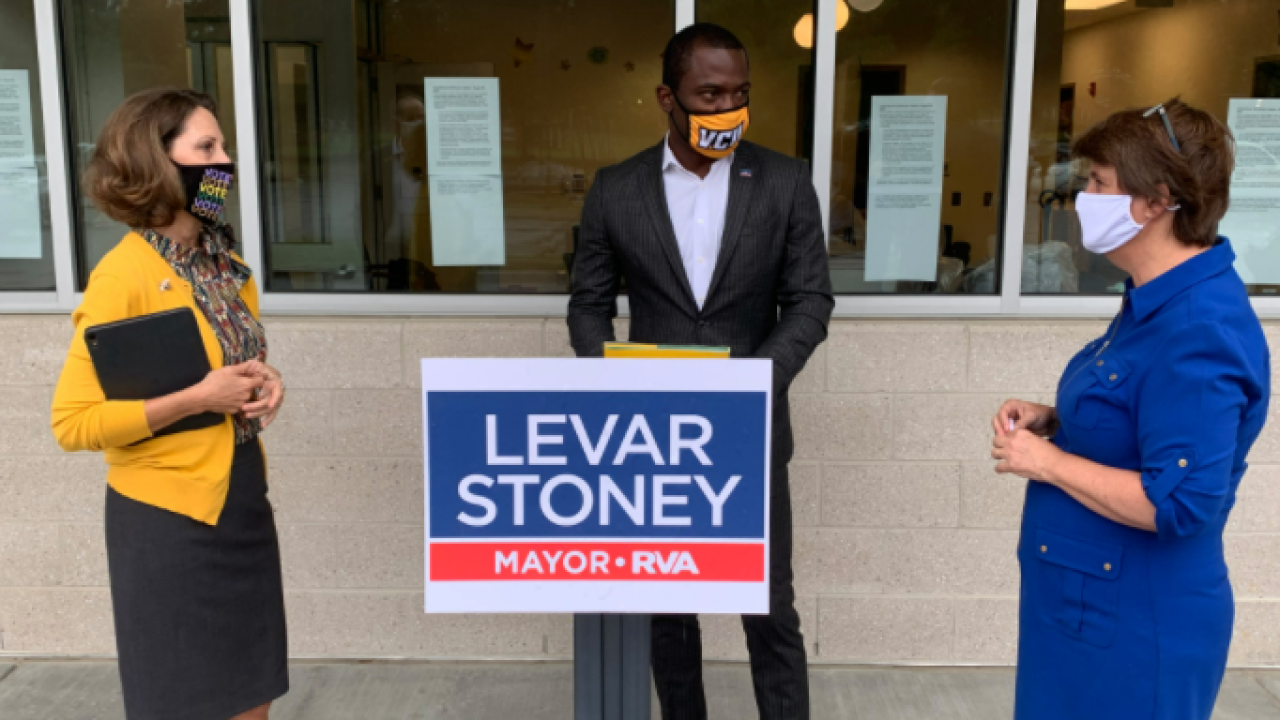 At a press conference Thursday, Stoney said his pre-K plan will expand access to quality preschool by creating a public preschool option for children beginning at age three.

“Every child deserves the best Richmond has to offer, and so we need universal pre-K now," said Stoney, who called the program a "game changer" for children in the City of Richmond.

The mayor was joined by First Lady Pam Northam and former Virginia Secretary of Education Anne Holton, both of whom endorsed Stoney for re-election.

"As a therapist and educator, I have seen firsthand the powerful impact of quality early childhood education. Providing access to quality pre-K for Richmond children will provide them a launchpad to success," said the First Lady. "Astonishingly, over 70% of Virginia three-year-olds and nearly 25% of four-year-olds from economically disadvantaged families do not have access to quality early learning programs. We are so lucky to have a strong partner in this fight with Mayor Stoney and I look forward to voting for him this fall.”

Today I announced my plan for universal pre-k for all RVA 3/4 year olds - this will be a game changer for the city and our kids. Proud to have @PamNorthamVA & @AnneHolton standing with me. They are some of the fiercest education advocates I know - proud to have their support. pic.twitter.com/Rq1I40xaP1

"I’m honored to stand with two public education champions today in the fight for expanded early education, and I’m humbled by both of their endorsements.” Stoney added.

Stoney has five challengers as he seeks a second term this November.